Taylor thanks his stars after New Zealand's narrow win

Ross Taylor celebrated his 400th international appearance with a match-winning 82 against Bangladesh on Wednesday. 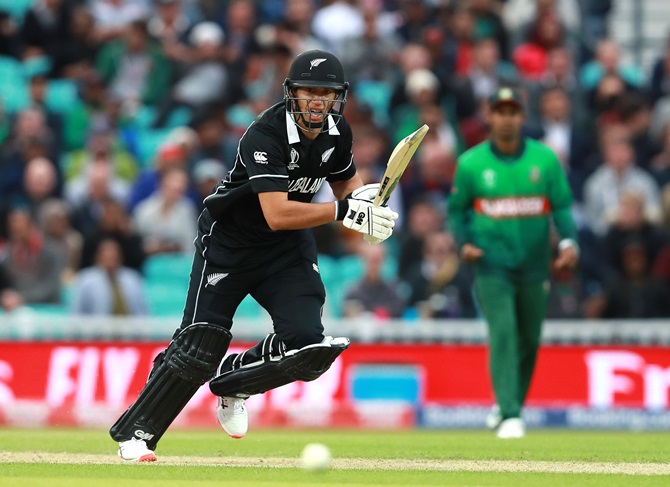 IMAGE: New Zealand's Ross Taylor drives the ball to the boundary during the World Cup match against Bangladesh at The Oval on Wednesday. Photograph: David Rogers/Getty Images

Cricket is a game of inches and Ross Taylor knows better than most just how close New Zealand were to letting their second game slip away.

Kane Williamson, Taylor himself and Jimmy Neesham all endured nervy moments as the Black Caps edged to a two-wicket victory over Bangladesh in their second game of the cricket World Cup at The Oval.

However, all three survived run-out scares, and Taylor admitted his team needed a little luck in an entertaining encounter.

He said: “Obviously we were very lucky with the first one with Kane and then I think I was in by one centimetre and I think Jim was in by half a centimetre.

“You know, we talk about innings and that, and it's part and parcel of cricket.

“We were put under pressure, and we came out with the right result and I think that bodes well for the tournament.

It was a landmark game for Taylor, who celebrated his 400th international appearance with a match-winning 82.

And he admitted that it felt more like a game being played away from home than on neutral territory given the huge Bangladeshi support in the crowd.

He said: “Bangladesh fought all the way to the end and I think the way the crowd got into it, I thought at times while we were out there, I thought I was in Dhaka or Chittagong.

“It was amazing to be a part of and I thought just fantastic for the tournament to have such a close game.

“We know what we're going to expect when we go to Dhaka, there are going to be great crowds and great support. But I thought it was fantastic. I thought the way they got behind both teams, that's what World Cups are all about.

“Quite often when you do play a neutral game, there can be a little lull on the crowd, and there were a lot of Kiwis out there that were giving us a lot of support. 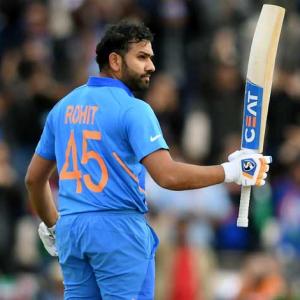