It took Australia seven attempts, but under Aaron Finch they finally laid their hands on a maiden Twenty20 World Cup title, with an eight-wicket triumph over New Zealand in the final, in Dubai, on November 14, 2021. A reverse sweep from the explosive all-rounder sealed an eight-wicket win over neighbours New Zealand in style and led to his jubilant teammates streaming onto the pitch in celebration.

The postponement of a World Cup on home soil in 2020 had appeared to put paid to their hopes of a fairy tale first crown Down Under.

Yet the script for their triumph in the UAE was arguably more dramatic as Australia fought back from a group stage hammer blow against England to ultimately emerge victorious.

While Australia’s players may have hoped they were taking the pitch at the Gabba or MCG, they showed no signs of homesickness in their first two matches in Group 1.

An opening victory against South Africa gave the eventual champions the perfect start, winning by five wickets with two balls to spare.

Steve Smith’s 35 laid the foundations before a rapid 24 off 16 balls from Marcus Stoinis proved enough to back up Australia’s excellent work with the ball, led by Josh Hazlewood’s two for 16.

A comfortable seven-wicket victory over Sri Lanka then followed, with David Warner getting into his groove with 65 runs from just 42 balls as Australia looked all set to qualify for the semi-finals.

England provide bump in the road The Australian juggernaut hit the buffers against a side also tipped to go deep in the tournament.

A match against England, a fixture laced not only with supreme quality but lashings of history and rivalry too, was always going to be tough.

While the first two matches had seen Australia post big totals, they were brought down to earth by a ruthless English attack as they were dismissed for 125.

Chris Jordan took three wickets, including those of top scorer and captain Aaron Finch and the plum scalp of Smith for just a single.

But if England’s bowling attack was ruthless, it paled in comparison to their batting line-up, which swiftly surpassed Australia’s total with 8.2 overs to spare, Jos Buttler hitting a huge 71 off 32 balls.

It left Australia at a crossroads and needing to rediscover their early form quickly if they were to play a part in the knockout stages.

A defeat in such a manner could have dented the confidence of some sides, but not this one.

A comprehensive victory against Bangladesh was the perfect tonic, with just 6.2 overs needed to overcome the Tigers’ total of 73.

This time spinner Adam Zampa was in fine form with ball in hand, claiming a five-for in his four overs to clean up the Bangladesh tail.

And qualification was secured with a win over the West Indies, Warner firing an unbeaten 89 not out off 56 balls after Hazlewood once more starred with the ball in hand, ending with figures of four for 39. Second place in Group 1 meant a date with Pakistan in the semi-final.

Pakistan had impressed throughout the group stage, winning all five of their matches, including a comprehensive victory over India – their first in 13 attempts at World Cups against their biggest rivals.

But they had no answer to an Australia side who were now firing on all cylinders.

Warner’s 49 steadied the ship in the reply after Aaron Finch fell for a golden duck before Stoinis and Matthew Wade finished the job, Wade firing 41 off 17, to send Australia through to their second ICC Men’s T20 World Cup final. Wade and Stoinis’s heroics set up a clash against New Zealand, with a first-ever ICC Men’s T20 World Cup title on the line for both sides.

Australia had been one win away from glory once before but lost comfortably in the 2010 final to England in Barbados.

Those demons were banished 11 years later, as Mitchell Marsh struck an unbeaten 77 off 50 balls, including four sixes, to bring the trophy to Australia for the first time.

New Zealand captain Kane Williamson’s 85 had helped the Black Caps set their neighbours a total of 173 to chase but it did not prove enough, Warner hitting 53 off of 38 and later being named Player of the Tournament.

Marsh then came to the crease and took control of the final, with Maxwell adding 28 from just 18 deliveries to finish the job with seven balls to spare. 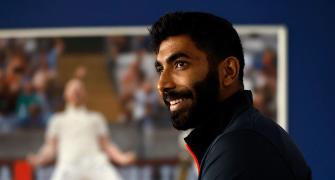 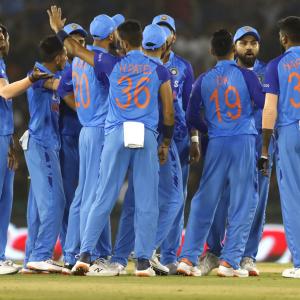