Cricket has examples of players calling it quits when very much at the top their game. It is anything but coincidence that most of them happen to be from the most successful nation in the history of the sport. 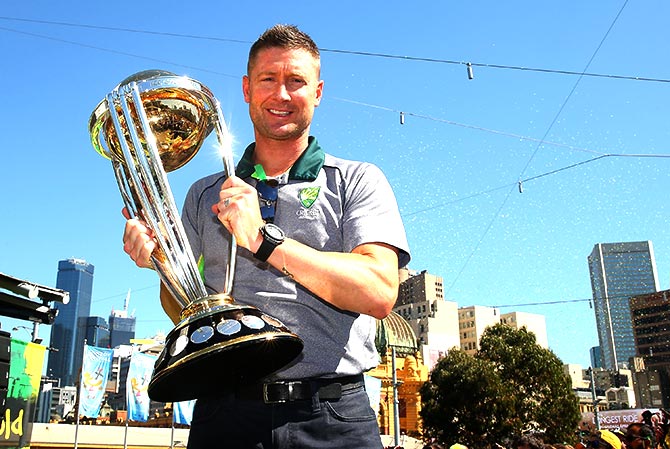 Australia captain Michael Clarke poses with the trophy at a public reception, a day after their victory over New Zealand in the World Cup final, at Federation Square in Melbourne. Photograph: Quinn Rooney/Getty Images

"Tomorrow will be my last ODI game for Australia,” declared Michael Clarke, on the eve of the World Cup final at the Melbourne Cricket Ground.

The timing of the announcement may not have been perfect, but the decision certainly came after much deliberation.

Australia’s players ensured their captain had a perfect swansong by clinching their fifth World title with a comprehensive seven-wicket victory over New Zealand. Clarke played his part, scoring a 72-ball 74, adding 112 runs for the third wicket with Steve Smith (56 not out).

As his ODI career came to an end, Clarke's record provided testimony to class.

More importantly, he led Australia in 74 matches, of which 50 were won. The triumph at the MCG made him yet another cricketer from Down Under to retire on a high.

Cricket has few examples of players calling it quits when very much at the top their game. It is anything but coincidence that most of them happen to be from the most successful nation in the history of the sport. 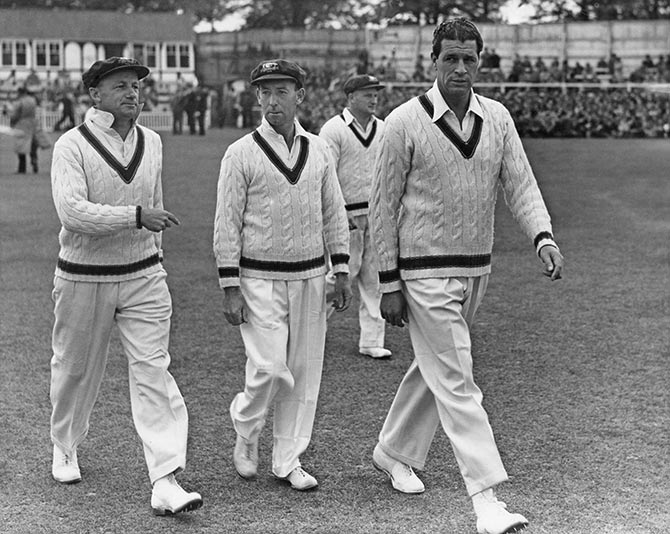 A career that began with an impressive 108 against arch-rivals England at the WACA, ended on an even better note.

Anything regarding cricket in general, and Australian cricket in particular, is incomplete without the mention of the greatest player ever to have graced the game.

Sir Don Bradman is to cricket what Pele is to football!

After a stellar career, during which he broke all possible records, Sir Don ended it with twin successes.

In his penultimate series, against India, he aggregated a whopping 715 runs in five matches (at 178.75).

Many remember that the legend was dismissed for a duck in his first innings. Few remember he hit an unbeaten 173 in the one before that. 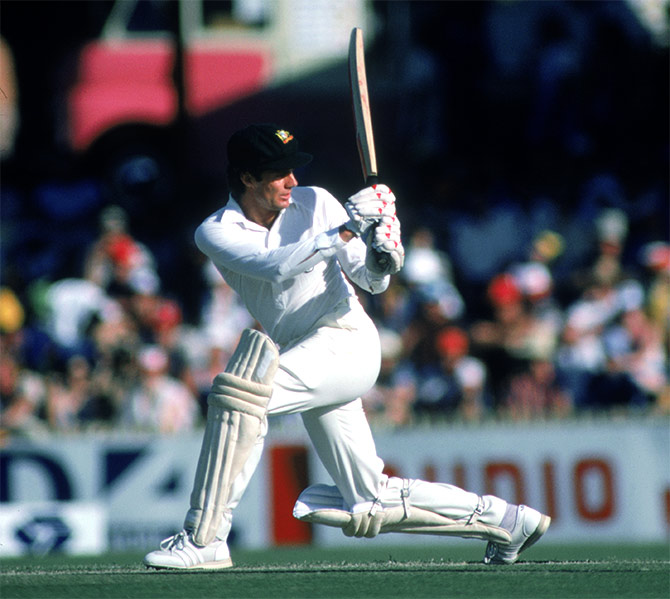 Controversies apart, Greg Chappell had an illustrious career as batsman and captain.

A career that began with an impressive 108 against arch-rivals England at the WACA, ended on an even better note.

SHOCKING! No Dhoni, no Kohli in ICC's World Cup XI

In his last Test in January 1984, Chappell scored 182 as Australia thrashed Pakistan by 10 wickets at the Sydney Cricket Ground to clinch a memorable series victory.

In the process, Chappell became the first batsman in history to score centuries in both his first and last Test innings. 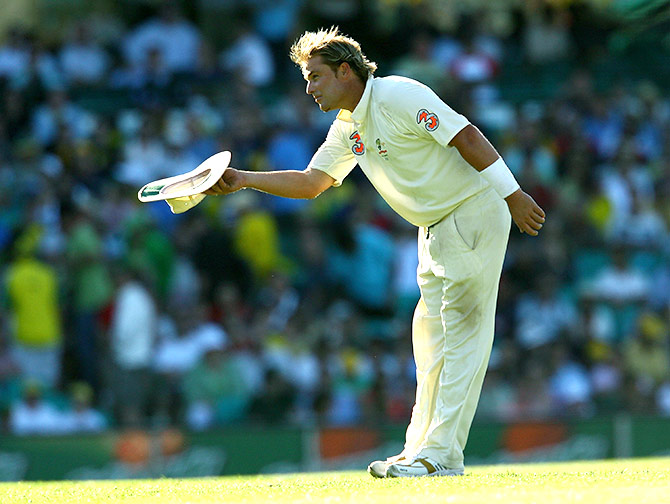 Shane Warne, Australia's legendary spinner, bows to the crowd at the end of Day 3 in the fifth Ashes Test against England at the Sydney Cricket Ground. It turned out to be his final Test Photograph: Mark Nolan/Getty Images

Having announced his retirement in December 2006, the leg-spinner took 23 wickets in his final series, as Australia completed a 5-0 whitewash of England to regain the Ashes.

In the penultimate Test of his career, at the MCG, Warne became the first cricketer to reach the 700-wicket milestone when he dismissed Andrew Strauss.

His final series also turned out to be the final appearance of three other Australian stalwarts: Damien Martyn, Justin Langer and Glenn McGrath.

All four of them ended their respective glorious careers on an emphatic note, prompting the then Australia captain, Ricky Ponting, to declare it as the "end of an era". 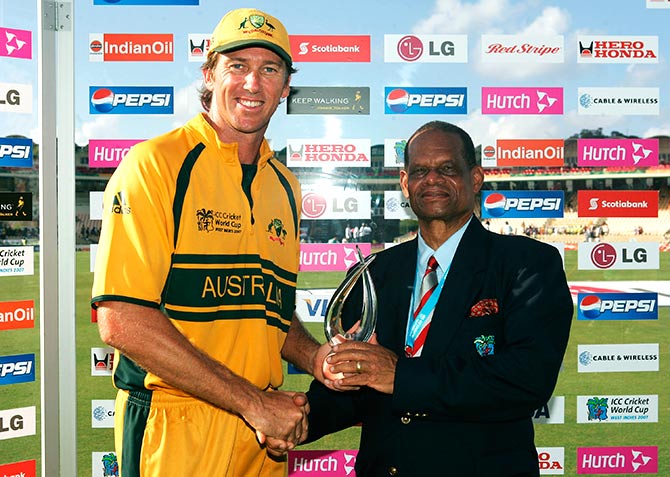 Australia's pace great Glenn McGrath is presented the 'Player of the Match' trophy after the World Cup semi-final against South Africa at the Beausejour Cricket Ground. Photograph: Hamish Blair/Getty Images

We are mentioning McGrath separately because his career did not end with that 5-0 Ashes triumph in 2006-07.

In a couple of months he would add a final, and arguably the most memorable, chapter to it.

The lanky fast bowler not only helped Australia win an unprecedented third World Cup in a row in 2007, and fourth overall, but also added to his repertoire of success.

McGrath finished the tournament as the highest wicket-taker, with 26 scalps, his tally also helping him become the leading wicket-taker in the history of the World Cup (with 71 wickets), a record that still stands.

Last, but not the least, he was, not surprisingly, named player of the tournament. 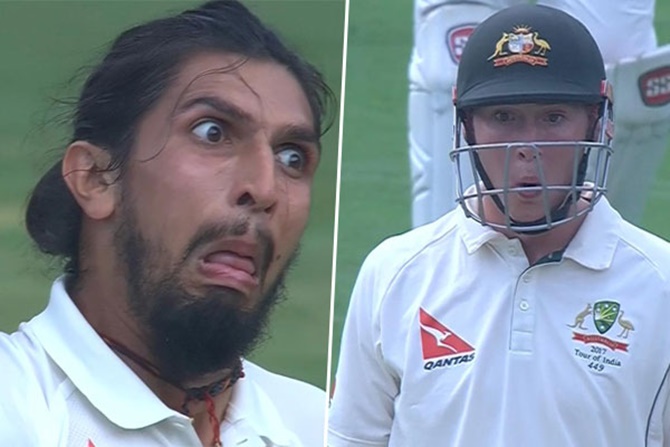