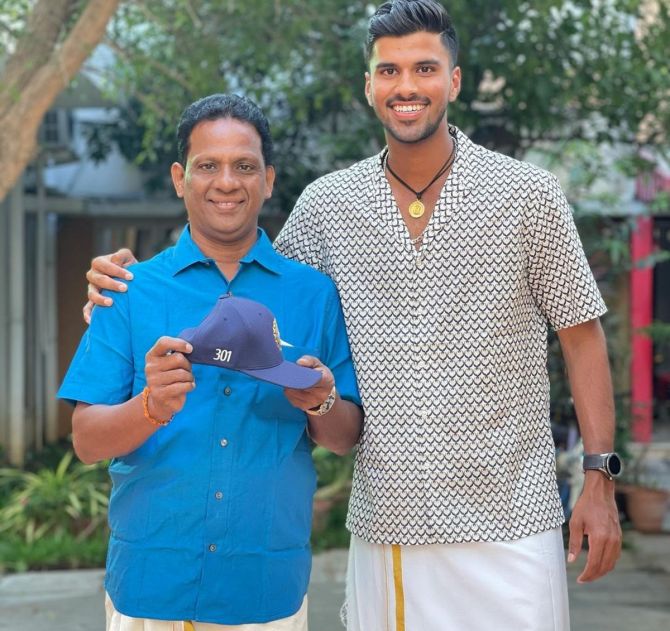 Basking in the glory of Border-Gavaskar Trophy win, all-rounder Washington Sundar, on Saturday, shared a picture with his father and Test debut cap.

Sundar had made his Test debut against Australia in the fourth Test at Gabba, Brisbane and as a result, he became the 301st cricketer to play for India in the longest format.

The all-rounder shared a picture on Twitter, in which he is seen standing alongside his father with a caption, 'Priceless Possession'. Sundar's father was seen flaunting the '301' number Test cap.

In his debut Test, Sundar had registered scores of 62 and 22. He also went on to take four wickets in the match, including a three-wicket haul in the first innings.

Australia's fortress -- the Gabba -- was finally breached. It took 32 years and two months, but the unthinkable was achieved as an injury-ravaged young Indian team beat Australia by three wickets against all odds in the final Test to take the series 2-1.