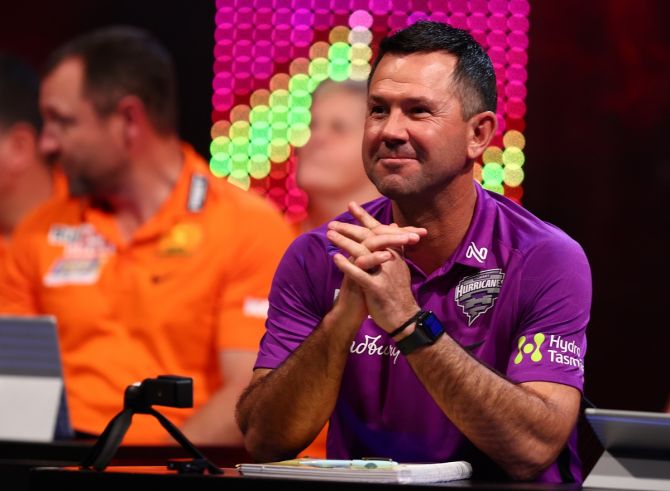 IMAGE: Former Australia captain Ricky Ponting said he finished his commentary stint but felt a 'bit lightheaded and dizzy' and lost balance when he stood to move to the back of the box. Photograph: Graham Denholm/Getty Images

Former Australia captain Ricky Ponting returned to the commentary booth for the first Test against West Indies on Saturday after suffering a health scare while on the job on Day 3 at Perth Stadium.

Ponting, who was rushed to hospital on Friday after having chest pains while commentating for the Seven Network, said it had been a "little scary moment".

"I was sitting through the comms (commentary) box halfway through the stint, then I got a couple of really short, sharp pains through my chest," the 47-year-old said on Seven's broadcast at Perth Stadium before the start of Day 4.

"I sort of tried to stretch it out and get rid of it."

Ponting said he finished his commentary stint but felt a "bit lightheaded and dizzy" and lost balance when he stood to move to the back of the box.

He said he then alerted fellow commentator Justin Langer, his former Australia team mate, and a Channel Seven producer, before arriving at hospital some 10-15 minutes later.

Ponting did not offer any details on his condition or the cause of his chest pains.

"It's good to see the little fella not being the tough guy, not being the ice man, reaching out to one of his friends," Langer, standing alongside Ponting, said on Saturday's broadcast.

Sounding in good spirits, the former batsman nicknamed "Punter" said he was ready to plough back into work. 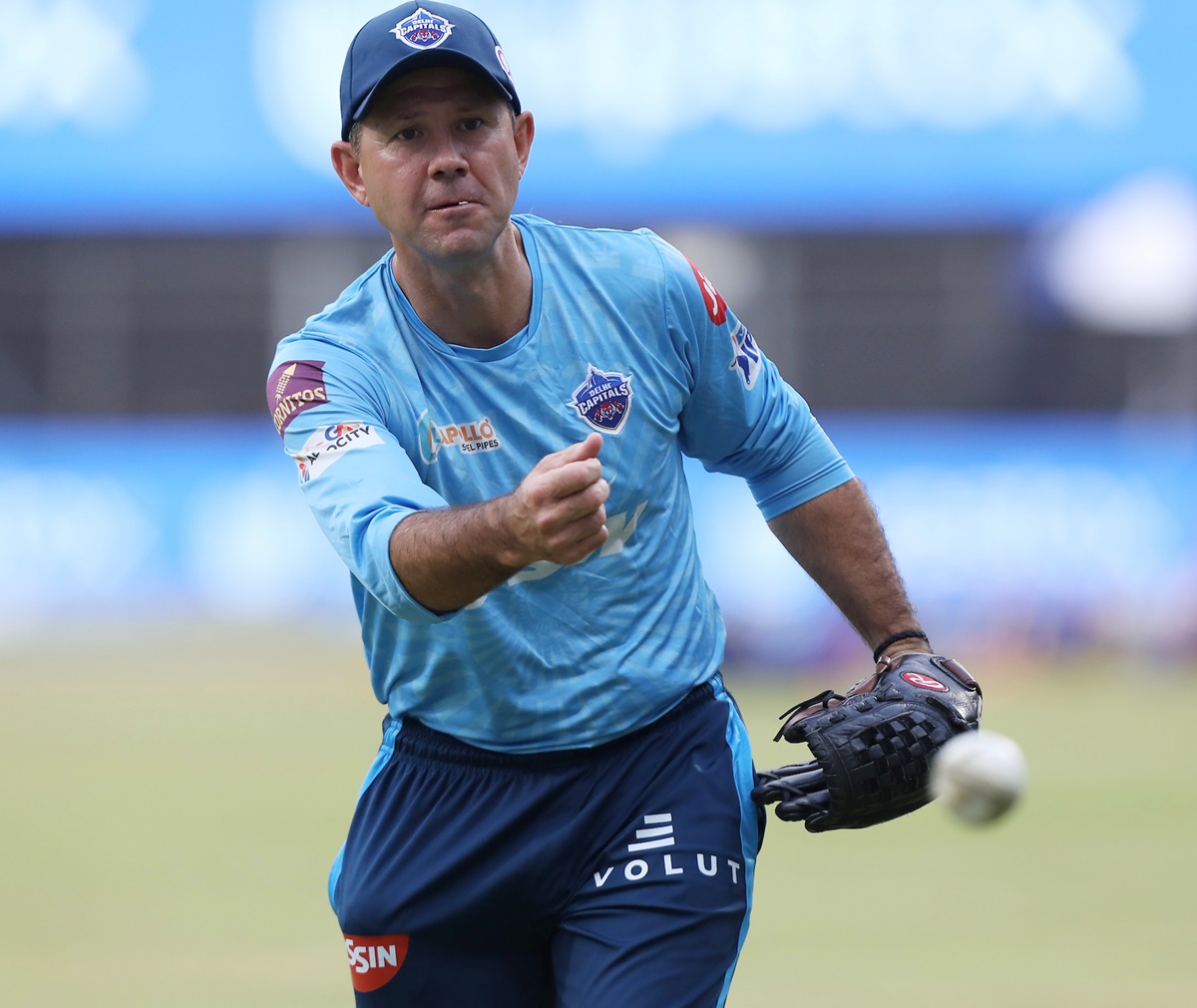