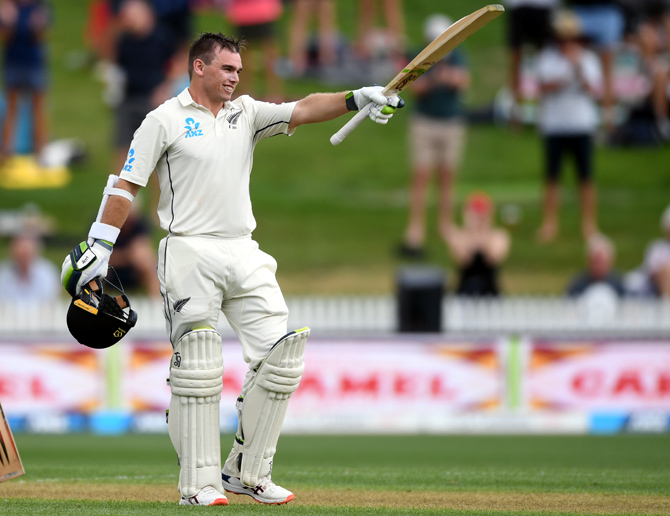 New Zealand's Tom Latham managed to score his 11th Test century before heavy rain washed out the final session of the first day of the second Test between against England at Seddon Park in Hamilton on Friday.

Jofra Archer bowled three deliveries of the 55th over with New Zealand unable to add to their tea score of 173-3 before rain swept across the area and ground staff rushed to cover the wicket block and parts of the outfield.

Umpires Kumar Dharmasena and Paul Wilson inspected the ground at 5.15 p.m. local time (0415 GMT) and decided there was no further chance of play. The second day's play will resume 30 minutes early on Saturday at 10:30 a.m. (2130 GMT).

Latham was on 101, his fifth Test century in his last 10 innings, while Henry Nicholls was on five when players left the field.

"If I knew what it was I'd be trying to bottle that up as much as possible," Latham said about his run of form over the last two years.

"It's just about trying to stick to a plan for long periods of time and that's probably what's given me success over the last year or so.

"I think sometimes you can get a little ahead of yourself and all of a sudden you're walking back to the pavilion." 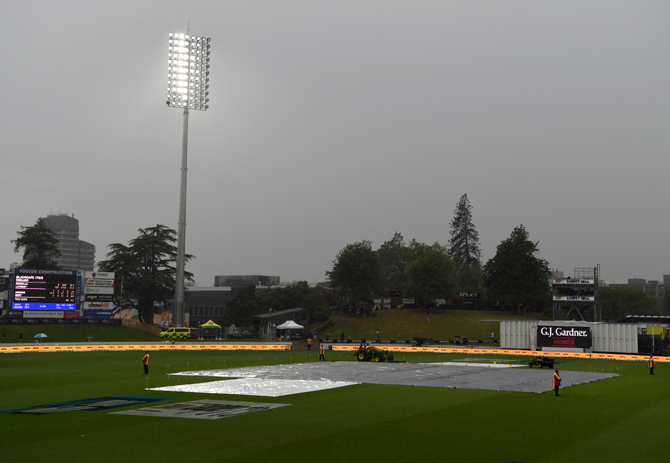 IMAGE: The groundstaff bring on the covers as rain stops play on the opening day. Photograph: Gareth Copley/Getty Images

England had chosen a five-pronged pace attack for the match with Chris Woakes coming in for left-arm spinner Jack Leach, although Ben Stokes appeared to suffer discomfort in his left knee while bowling and only managed two overs.

The team said it was unclear if he would bowl again in the innings.

Despite having first use of a pitch that often gives bowlers some assistance on the first day, England wasted their chance to hammer home the opportunity that Stuart Broad and Woakes created by dismissing Jeet Raval and Kane Williamson in the first hour.

Raval (five) and Williamson (four) were both snapped up by Root in the slips before Ross Taylor (53) and Latham combined for a 116-run partnership to drag their side back into the match.

Taylor was the only wicket to fall in the middle session when he was caught by Root on the ball after he brought up his 32nd Test half-century. 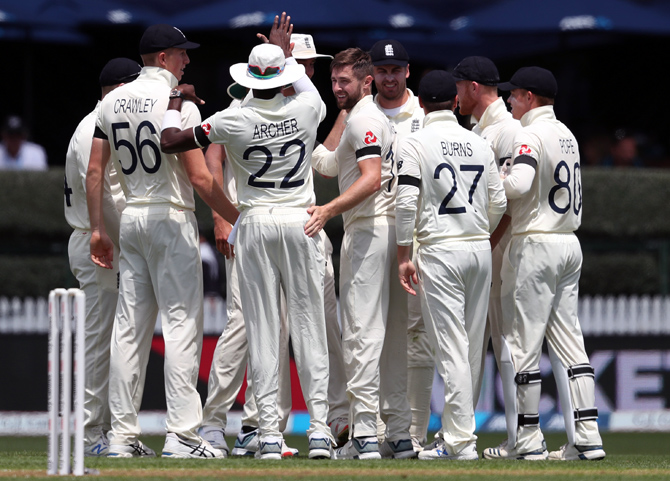 Latham's 11th Test century was hardly chanceless but he rode his luck throughout the day.

England could have had a dream first session when Latham was given out lbw for 49 to Woakes in the final over before lunch only to have the decision overturned on review.

Latham continued to ride his luck after lunch when he was dropped at second slip by Stokes from an Archer delivery while on 66.

He also had a nervous wait on 79 after England reviewed an lbw appeal from Woakes that was initially turned down. Ball-tracking technology showed the ball had pitched outside leg.

Latham reached his century in the final over before tea when he danced down the wicket to Root and punched him down through mid-on for his 15th boundary.

New Zealand won the first match of the two-Test series at Bay Oval in Mount Maunganui by an innings and 65 runs.

© Copyright 2020 Reuters Limited. All rights reserved. Republication or redistribution of Reuters content, including by framing or similar means, is expressly prohibited without the prior written consent of Reuters. Reuters shall not be liable for any errors or delays in the content, or for any actions taken in reliance thereon.
Related News: Tom Latham, New Zealand, IMAGE, Chris Woakes, Kane Williamson
SHARE THIS STORYCOMMENT
Print this article 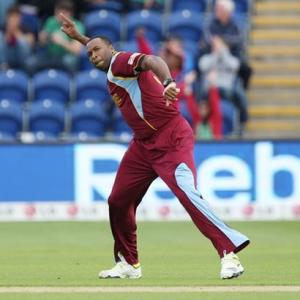