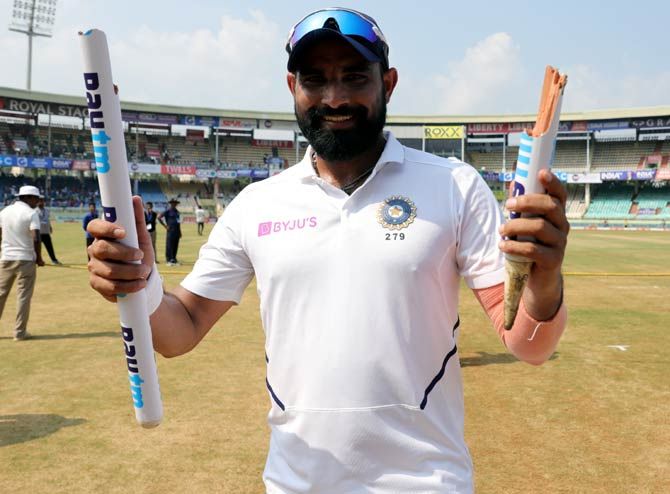 IMAGE: The stumps were at the receiving end as Mohammed Shami got three South African batsmen bowled out of his five dismissals in the second innings. Photograph: BCCI

Mohammed Shami produced a brilliant spell of reverse swing bowling to strike the mortal blows that earned India victory by 203 runs with more than a session to spare, on the fifth and final day of the opening Test match against South Africa at Visakhapatnam on Sunday.

He dismissed Temba Bavuma, Faf du Plessis and Quinton de Kock -- the latter two in the space of three balls -- who were all bowled. With Ravichandran Ashwin getting rid of Theunis de Bruyn early on Day 5, and Ravindra Jadeja then taking a brilliant one-handed return catch to dismiss Aiden Markram, the writing was on the wall at 70/6 in the 27th over.

Markam's 39 off 74 balls (5 fours and 1 six) provided the only resistance of note in the top order although there was resistance lower down from Senuran Muthusamy who was left stranded one run short of a maiden half-century (49 not out, 108 balls) and Dane Piedt who did reach a half-century (56 off 107 balls, 9 fours and a six) during a ninth wicket partnership of 91, a South African record partnership against India. 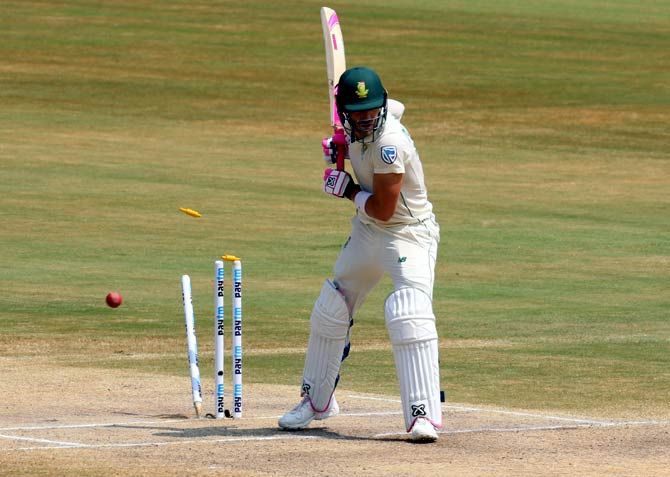 There was further resistance from Muthusamy and Kagiso Rabada who added 30 runs with the last two wickets appropriately being taken by Shami who finished with 5/35 in one ball short of 11 overs.

He was backed up by Jadeja, who took four for 87, including three wickets in a single over.

Rohit Sharma was an obvious choice as man of the match for his centuries in each innings. 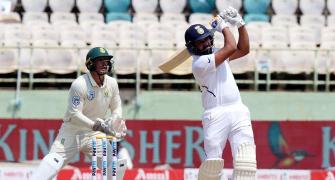 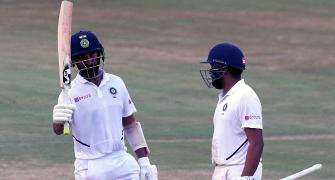 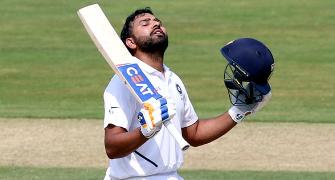 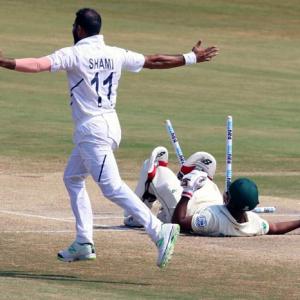 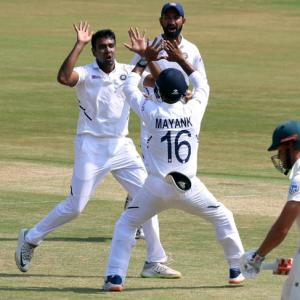