Images from the second One-Day International between India and Sri Lanka, in Colombo, on Tuesday. 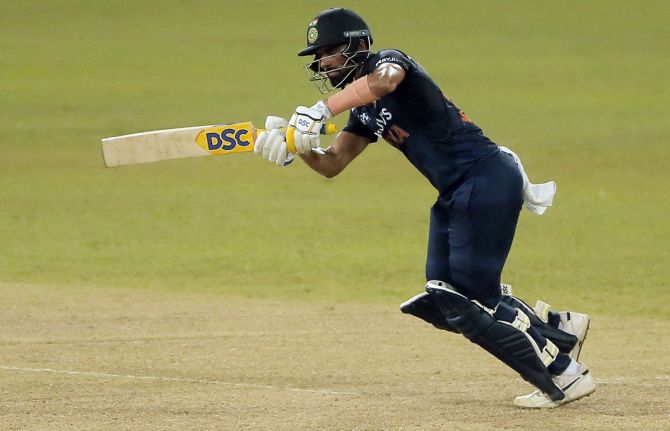 IMAGE: Deepak Chahar hit 7 fours and a six in an unbeaten 69 off 82 balls as India beat Sri Lanka by three wickets in the second ODI, in Colombo, on Tuesday. Photograph: Dinuka Liyanawatte/Reuters

Deepak Chahar rallied India from the brink with a gutsy, unbeaten 69 off 82 balls to script a three-wicket victory over Sri Lanka in the second One-Day International, in Colombo, on Tuesday.

Chasing 276, India were down and out at 193 for 7 before Chahar and Bhuvneshwar Kumar (19 not out off 28 balls) put on an unbeaten 84-run partnership to seal a memorable victory and give the visitors an unassailable 2-0 lead in the three-match series. 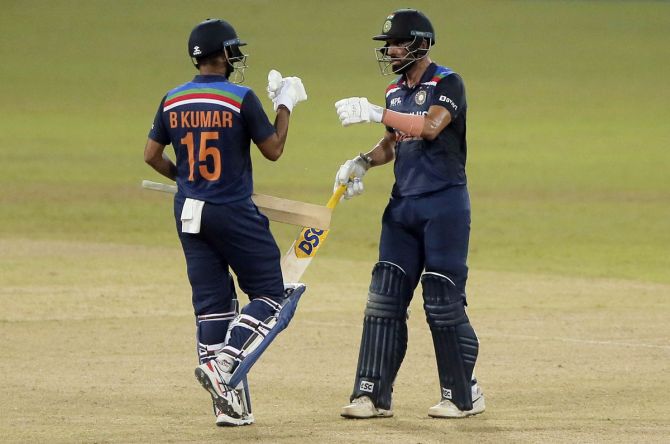 The victory also extended India’s record of not losing an ODI on Sri Lankan soil since 2012.

The struggling Sri Lankans have only themselves to blame for losing out on what would have been a morale-boosting victory from a commanding position.

Chahar, whose highest score before Tuesday’s outing was 12, showed remarkable resolve and composure under pressure to take the team over the line with five balls to spare, fittingly scoring a boundary for the winning runs.

The third ODI will be played on Friday. 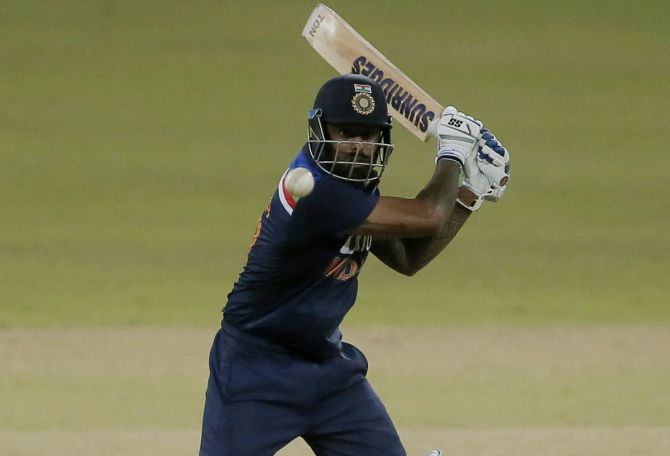 It was expected to be another comfortable chase for India despite Sri Lanka putting an improved batting effort to post 275 for 9.

However, questionable shot selection from the majority of the Indian batsmen gave their struggling opponents hope. Barring Chahar and Suryakumar Yadav (53), the Indian batsmen faltered. Leg-spinner Wanindu Hasaranga (3-37) troubled the Indians with his variations and ended up being the stand out bowler for the team.

India felt the heat early on in the chase with Prithvi Shaw and Ishan Kishan, who both blew away the opposition in Sunday’s opener, getting out to bad shots. Shaw failed to pick a wrong one off Hasaranga and was bowled while going for a cut.

The opener once again showed sublime touch during his short stay in the middle, hitting three boundaries before throwing it away.

Kishan, with his feet nowhere close to the bat, tried to whack it through the off-side off pacer Kasun Rajitha only to play it on to the stumps, leaving India reeling at 39 for 2 in four overs. Skipper Shikhar Dhawan (29 off 38) was not at his fluent best for the second straight game and was trapped in front by Hasaranga.

Manish Pandey (37) was unfortunate to be run-out off a deflection from the bowler's hand and Hardik Pandya hit straight to mid-wicket to leave India reeling at 116 for 5.

Suryakumar and Krunal were involved in a 44-run stand before Chahar produced a stunner from nowhere to fashion a memorable victory. 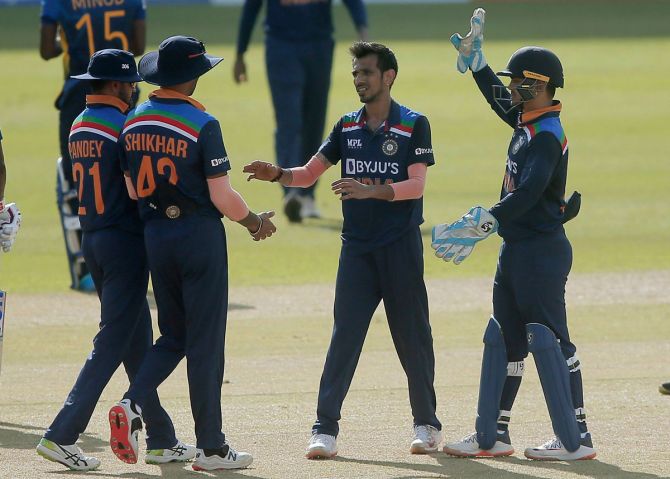 It was somewhat like the series opener, which India won by seven wickets, as most of the Sri Lankan batsmen self-destructed after getting off to good starts after the hosts chose to bat first.

Avishka Fernando (50 off 71) and Charith Asalanka (65 off 68) hit fine half-centuries, but the rest of the batsmen weren’t disciplined enough to help the team to an imposing total. 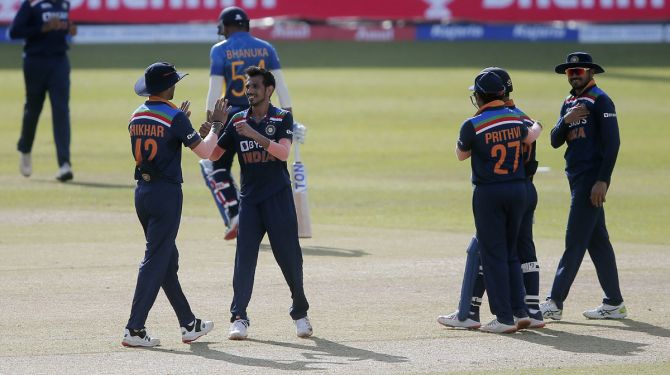 Chamika Karunaratne (44 not out off 33 balls) produced another timely cameo to take the team past 270.

Chahal (3/50) was the pick of the bowlers while pacers Deepak Chahar (2/53) and Bhuvneshwar Kumar (3/54) too got wickets primarily due to profligacy of the Sri Lanka batsmen.

Openers Fernando (50 off 71) and Minod Bhanuka (36 off 42) did well to guide Sri Lanka to 59 for loss in the first 10 overs before the momentum shifted India's way drastically after Chahal removed Minod and Bhanuka Rajapaksa off successive deliveries in the 14th over.

In Minod's case, it was a soft dismissal as the well-set southpaw charged down the wicket and flicked an eventual full toss straight to Manish Pandey at mid-wicket. 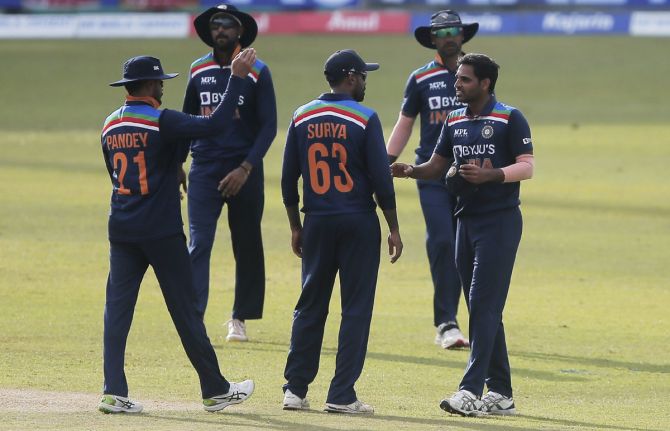 The next one from Chahal was a beauty, which held its line to take a faint outside edge of Rajapaksa's bat and wicketkeeper Ishan Kishan did well to take the offering.

Sri Lanka, who rank among the worst-performing teams in the middle overs, struggled again in the crucial stage of the game. They took 97 balls to find their next boundary after getting one in the eighth over.

Asalanka and skipper Dasun Shanaka tried to resurrect the innings but their 38-run stand ended with the captain falling to a flatter delivery from Chahal. 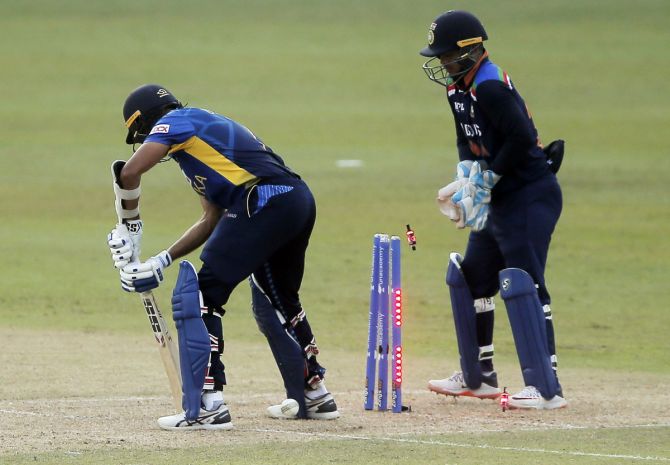 Chahar took his second wicket with a perfect knuckle ball that crashed through Wanindu Hasaranga's defences.

Asalanka played some bold strokes alongside Karunaratne to give the innings some impetus towards the end.

He scored his maiden fifty with a lofted boundary over extra-cover off Kuldeep Yadav before sweeping the left-arm wrist spinner for another four in the same over.

The pitch aided India's spinners like in the first game.

Considering the form India's young batsmen displayed in the series opener, it should be another comfortable run chase for the visitors. 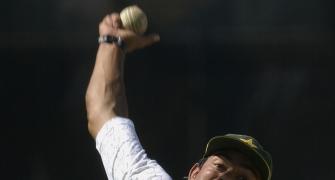 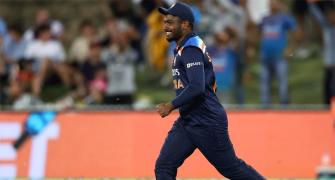 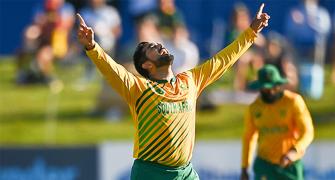 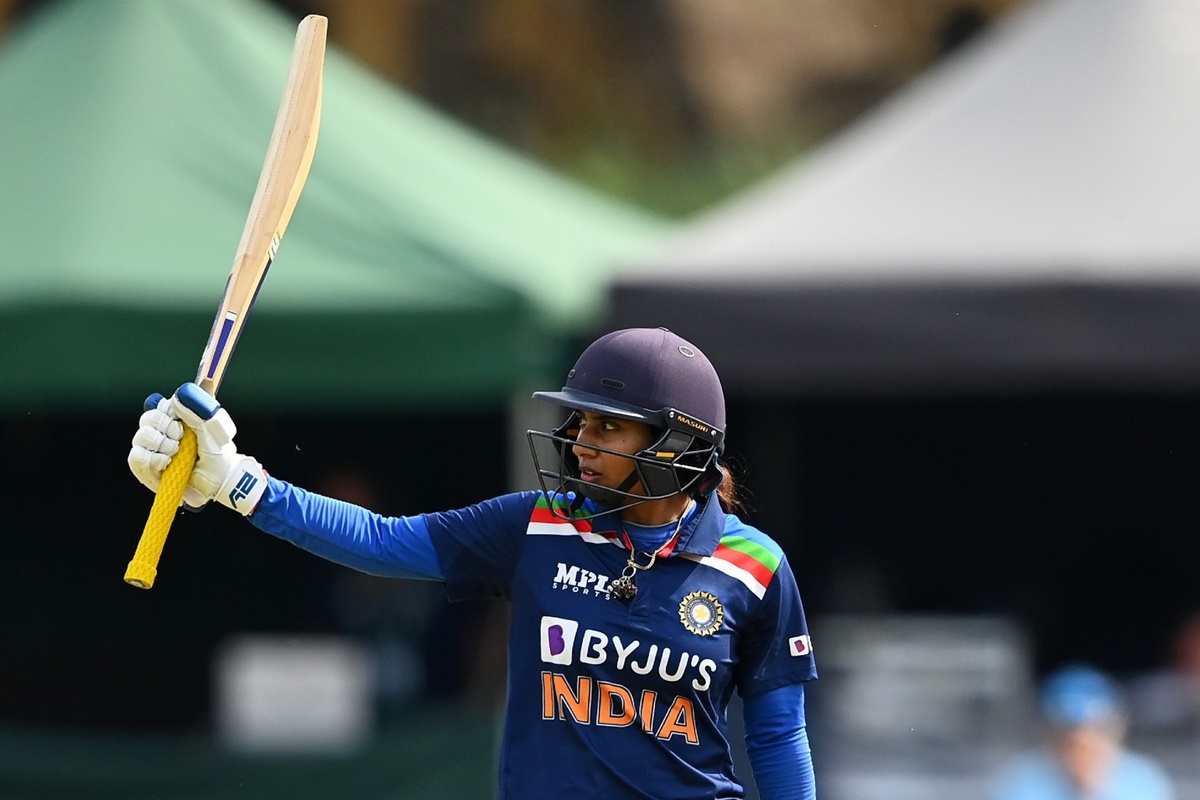 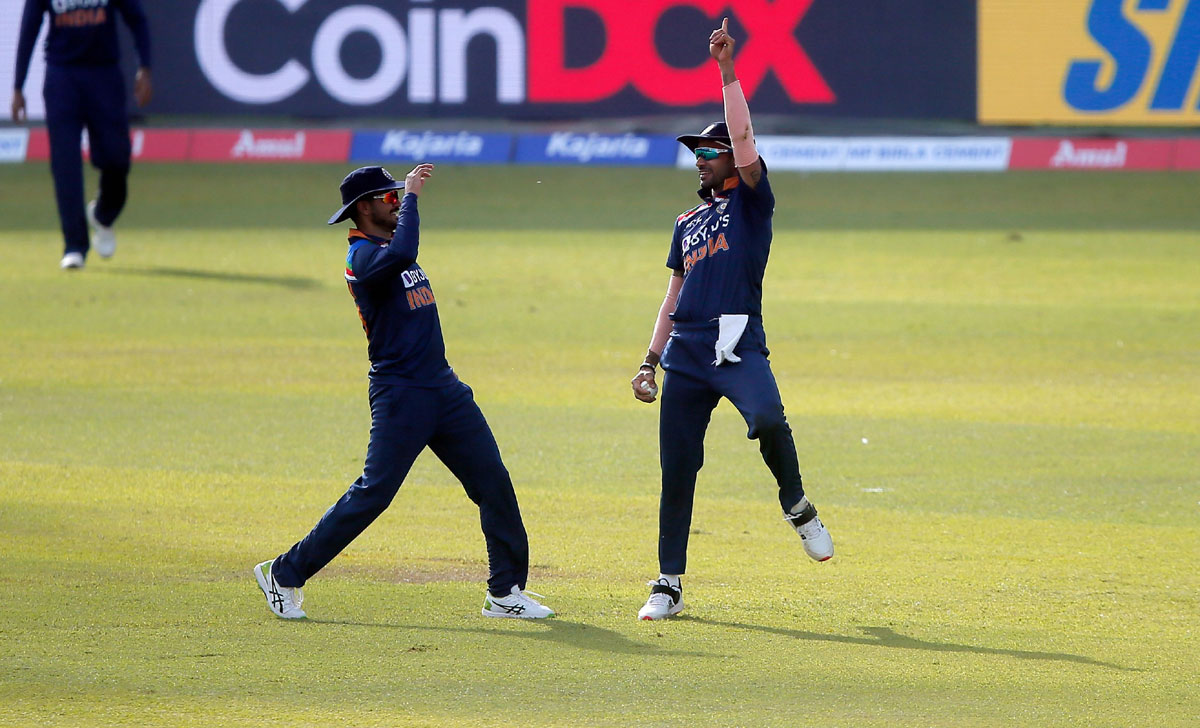