Images from the second T20 International between India and South Africa, in Mohali, on Wednesday. 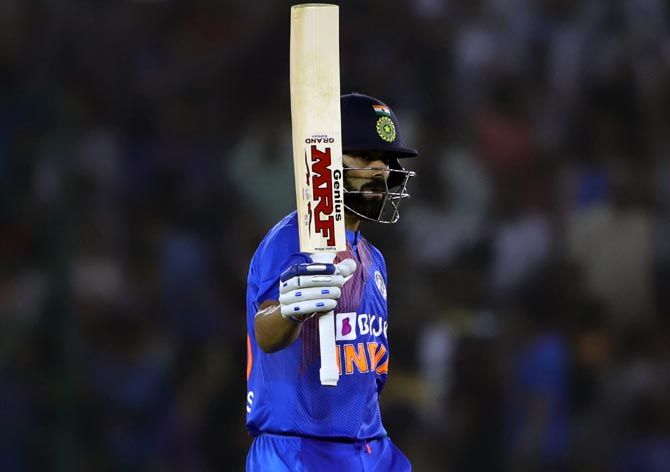 Captain Virat Kohli led India to a resounding seven-wicket win over South Africa in the second T20 International with an unbeaten half-century, in Mohali, on Wednesday.

Kohli stroked 72 not out from 52 balls to guide his team to an easy victory with an over to spare as they took an unassailable 1-0 unassailable 1-0 lead in the three-match series with one match remaining. The first T20 in Dharamsala was washed out due to rain.

Opener Shikhar Dhawan (40 off 31) too made a significant contribution and shared a 61-run stand with the skipper, who scored his 22nd T20 fifty. His 52-ball knock comprised four boundaries and three sixes.

The solid performance with the bat came after the bowlers restricted South Africa to 149 for five in 20 overs. 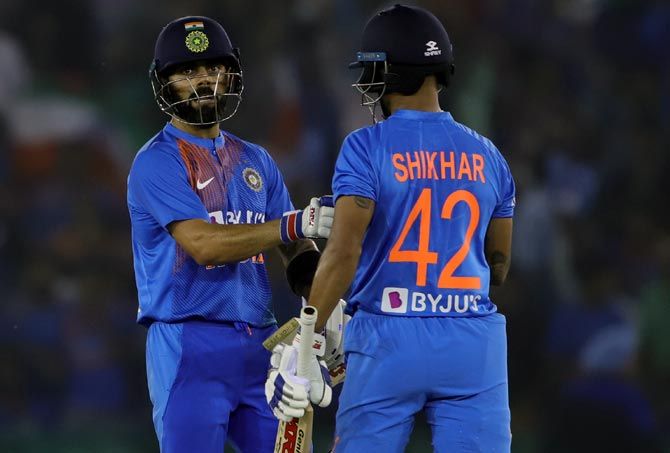 India were always in control of the chase despite losing Rohit Sharma (12 off 12) early. The India vice-captain was trapped in front by Andile Phehlukwayo after he pulled debutant Anrich Nortje for two sixes in the second over.

While it was a treat to watch Kohli, Rishabh Pant (4) threw away his wicket again. India were cruising when he came into the middle and it was an ideal platform for Pant to take the team over the line alongside his captain. 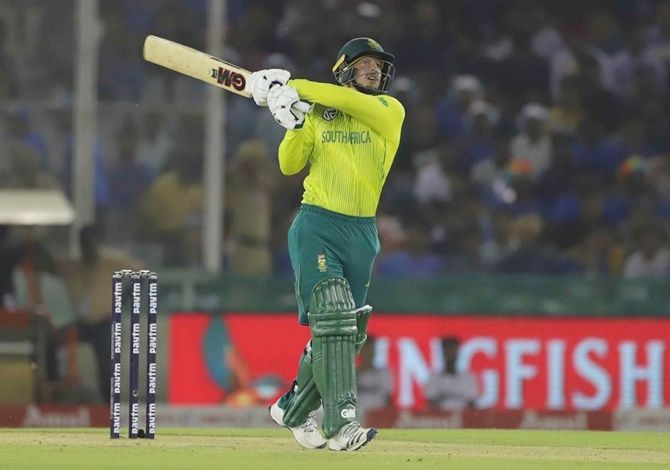 Newly-appointed captain de Kock (52 off 37) led from the front, while Bavuma (49 off 43) too impressed in his first limited-overs appearance for South Africa in almost two years.

South Africa, however, did not get the final flourish they were looking for and ended up with a below-par total. 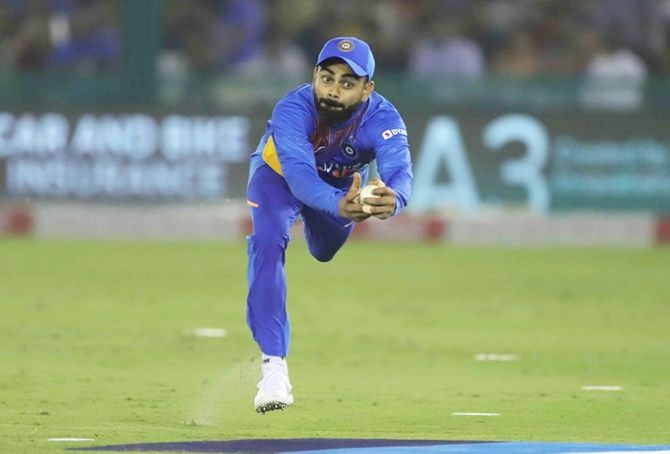 India bowled well in the death overs, conceding only 24 runs in the final four.

Pacer Deepak Chahar was the pick of the bowlers,, claiming two wickets for 22 runs from his four overs.

While Reeza Hendricks departed cheaply, de Kock looked in sublime touch from the word go. He cover drove spinner Washington Sundar off the first ball he faced before collecting three straight boundaries off pacer Navdeep Saini, who was taken out of the attack after conceding 13 runs in his first over. 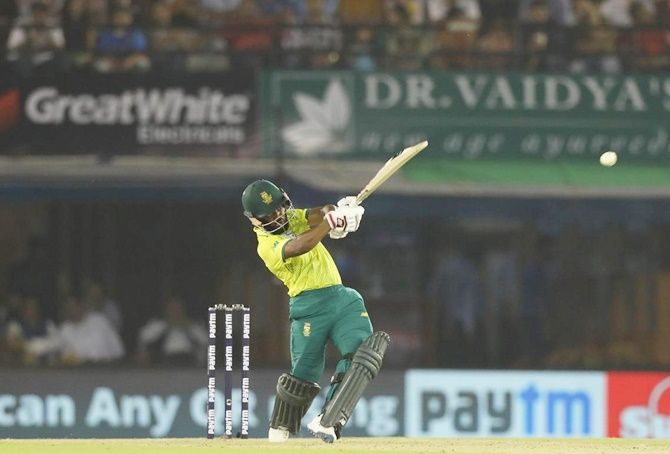 IMAGE: Temba Bavuma sends one over the fence during his knock of 49 off 43 balls. Photograph: BCCI

Bavuma, South Africa's Test specialist, joined de Kock after the fall of Hendricks in the fourth over and he too looked in fine touch. He made his intentions clear by pulling Hardik Pandya over deep square leg for a six.

South Africa scored only 39 for one in six overs but their innings gathered momentum after that, taking them to 78 for one in 10 overs.

It took a brilliant catch from skipper Kohli to dismiss de Kock and shift the momentum India's way. 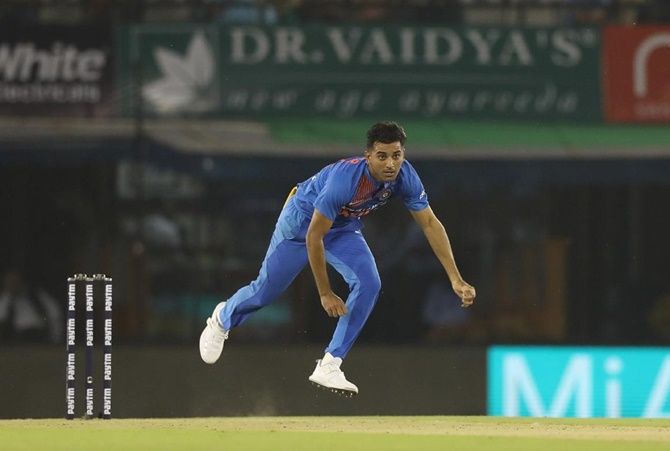 De Kock mistimed a hit off Saini and Kohli ran in from mid-off to pounce on it, bringing the crowd back to life. The stand between de Kock and Bavuma yielded 57 runs.

Vice-captain Rassie van der Dussen, South Africa's best batsman in the World Cup, followed de Kock to the dressing room quickly by offering a simple return catch to Ravindra Jadeja in the 13th over, leaving his team at 90 for three.

Runs dried up in the death overs but South Africa got a much-needed couple of sixes in the 20th over off Saini, which went for 16 runs. 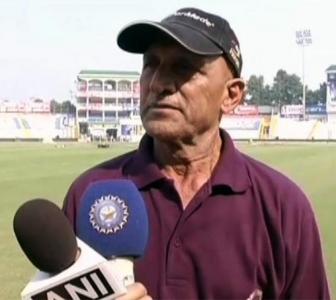 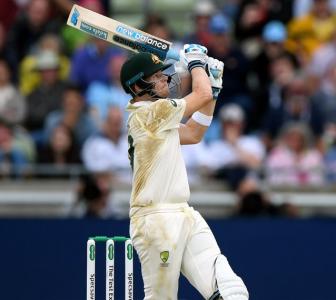 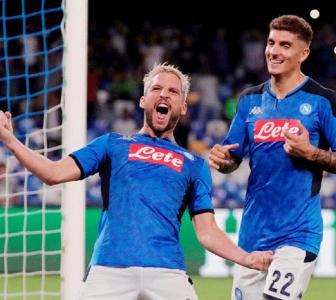 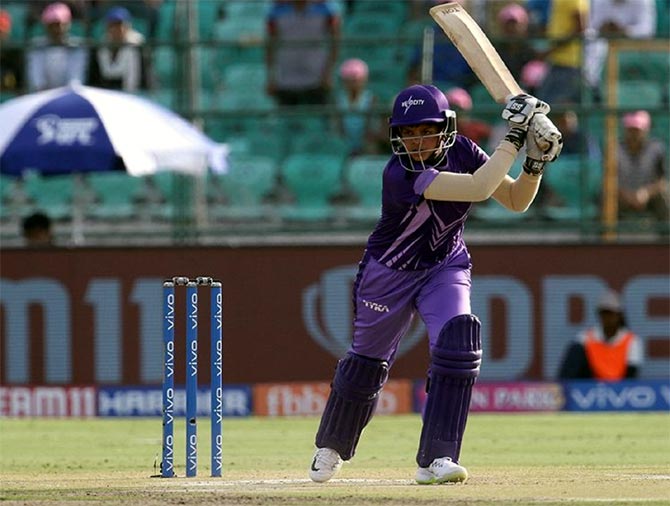