Images from Day 2 of the second Test between England and Pakistan at the Rose Bowl, in Southampton, on Friday. Pakistan middle-order batsman Mohammad Rizwan hit a defiant half century on a difficult batting pitch to guide his side past the 200-mark in their first innings and frustrate England in the second Test on Friday.

Having resumed on 126-5 overnight, Pakistan, batting first, reached 223-9 when bad light forced the second day’s play to finish early with Rizwan, who was dropped by Jos Buttler on 14, on 60 and Naseem Shah on one. With Pakistan’s first innings stretching into a third day and more rain forecast, a draw is already beginning to look the most likely result. England lead 1-0 in the three-match series.

“We are a bit disappointed we have not bowled Pakistan out – they have played really nicely at times and we have missed a few chances and maybe not been as ruthless with the ball as we could have been,” said England bowler Stuart Broad. After the start of play was delayed by 90 minutes by bad light, Babar Azam and Rizwan managed to negotiate a one-hour session before lunch without further loss.

Azam went shortly after lunch for 47 when he was victim to an excellent delivery from Broad which straightened just enough to shave the outside edge.

A key moment followed when Buttler, diving high to his left, dropped a difficult chance offered by Rizwan. Buttler, however, made no mistake when Yasir Shah nicked James Anderson’s outswinger to him and was out for five as the England bowler claimed his 593rd test wicket.

Shaheen Afridi followed when he was naively run out for a 19-ball duck, setting off from the non-striker’s end and getting caught out of his ground as Dom Sibley scored a direct hit.

That left Pakistan on 176-8 which prompted Rizwan to adopt a more aggressive approach, hitting two fours off the same Sam Curran over before driving Chris Woakes to the extra-cover boundary for four more.

England began to show signs of frustration and Pakistan reached 200 thanks to a gift from Woakes who conceded four byes from a loose delivery down the legside, before Rizwan completed his 50 off 104 balls.

Mohammad Abbas was lbw to Broad for two after the tea break before bad light stopped play again.

© Copyright 2020 Reuters Limited. All rights reserved. Republication or redistribution of Reuters content, including by framing or similar means, is expressly prohibited without the prior written consent of Reuters. Reuters shall not be liable for any errors or delays in the content, or for any actions taken in reliance thereon.
Related News: ECB, IMAGE, James Anderson, Mohammad Rizwan, Chris Woakes
SHARE THIS STORYCOMMENT
Print this article 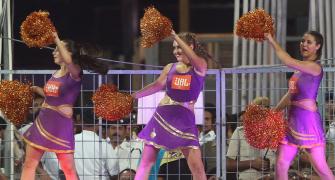 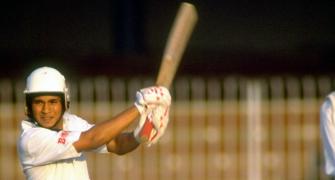 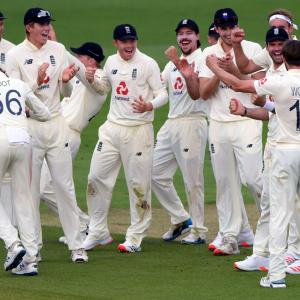 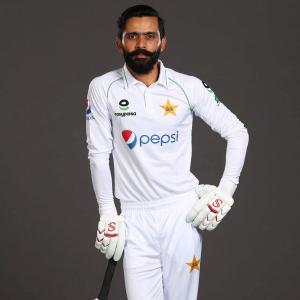