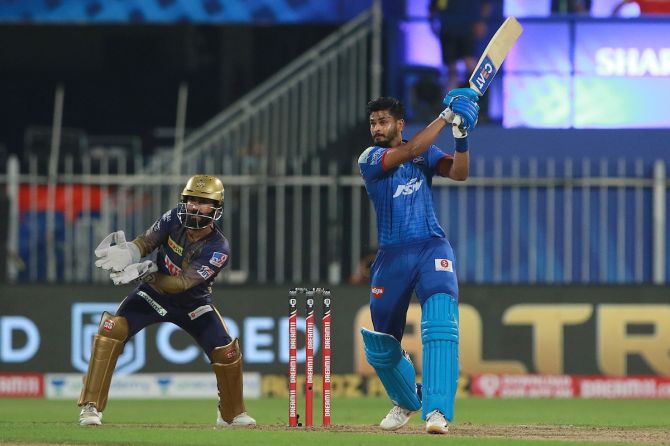 IMAGE: Delhi Capitals skipper Shreyas Iyer hits one into the stands during his unbeaten 38-ball 88 in the IPL match against Kolkata Knight Riders, in Sharjah, on Saturday. Photograph: BCCI/IPL

Shreyas Iyer displayed his class with a captain's knock, after Prithvi Shaw's opening act, to power Delhi Capitals to an 18-run victory over Kolkata Knight Riders in the Indian Premier League match, in Sharjah, on Saturday.

His unbeaten 88 off 38 balls powered Delhi Capitals to an imposing 228 for 4, 20 runs coming off the penultimate over. In reply, the Knight Riders were restricted to 210 for 8 in their 20 overs.

With 26 needed off the last over, Marcus Stoinis (1-46 in 4 overs) proved his utility as a bowler by dismissing Tripathi with a slower yorker after being smashed by the batsman in earlier. 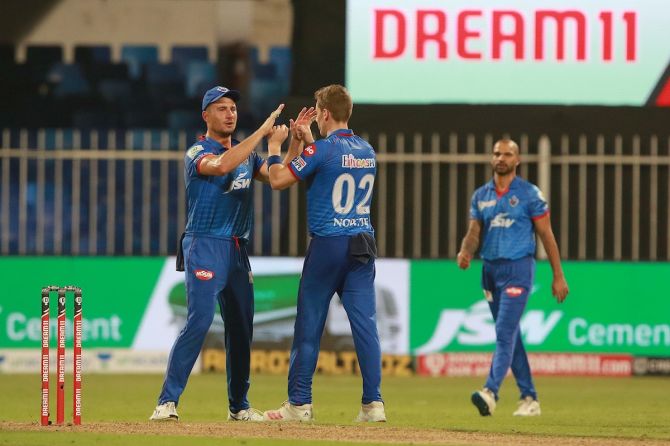 Harshal Patel, Ishant Sharma's replacement, did well to finish with 2 for 34 in four overs while the ever-improving pacer Anrich Nortje was also impressive in his spell of 3 for 33 in four overs.

With their third win, Delhi Capitals (six points from four games) displaced Royal Challengers Bangalore from the top of the table. Virat Kohli's side, also on six points, had earlier in the day beaten Rajasthan Royals to lead the standings. 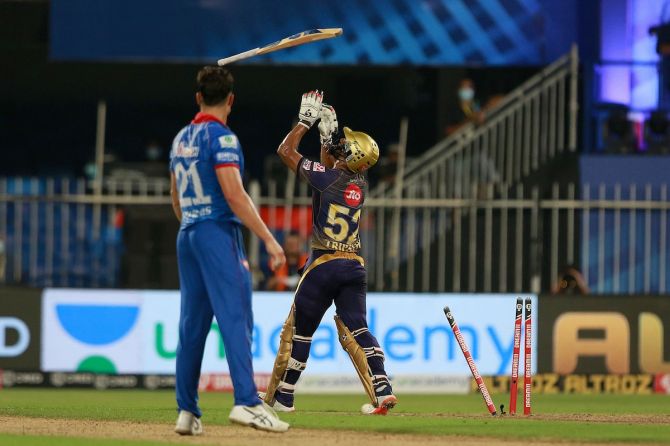 IMAGE: Rahul Tripathi walks back after being bowled by Marcus Stoinis. Photograph: BCCI/IPL

Kolkata Knight Riders have four points after two victories and a draw.

Earlier, before Nair's brutal assault, Rishabh Pant (38 off 17 balls) exploited a batting paradise to dust off his rustiness with a quickfire knock.

If the Powerplay belonged to Shaw, who blazed his way to 66 off 41 balls with four boundaries and as many sixes, Iyer dominated the rest of the innings with his silken batting as he scythed the opposition attack with a blistering knock that was studded with 7 fours and 6 sixes. 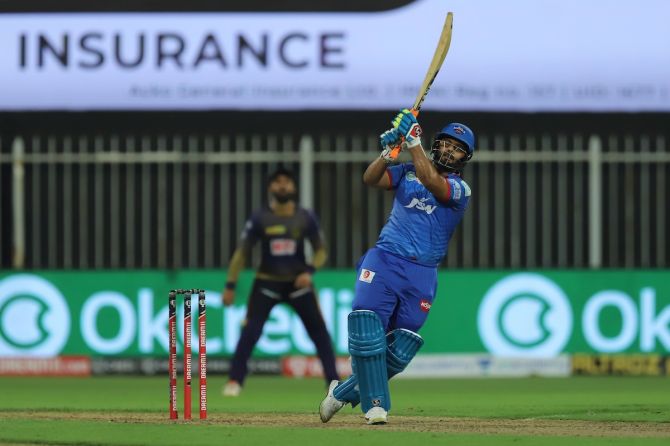 IMAGE: Rishab Pant blazes away during his knock of 38 off 17 balls. Photograph: BCCI/IPL

A few of Iyer's sixes landed either in the top tier of the stands or got lost in the car park adjoining the stadium. Such was the timing and brute force the Delhi Capitals skipper displayed.

Containment was never possible on such a track as the Capitals batsmen hit as many as 14 sixes and 18 boundaries in the innings. 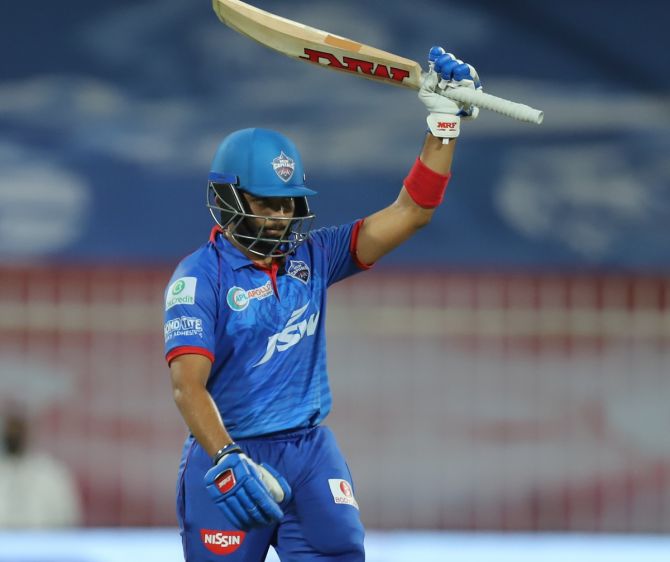 Patrick Cummins (0/49 in 4 overs) was taken to task by Shaw in the Powerplay as he repeatedly cleared the in-field.

Mavi, opening the bowling, was also hammered as he lost his length early on, bowling either too full or too short to the Delhi Capitals openers. 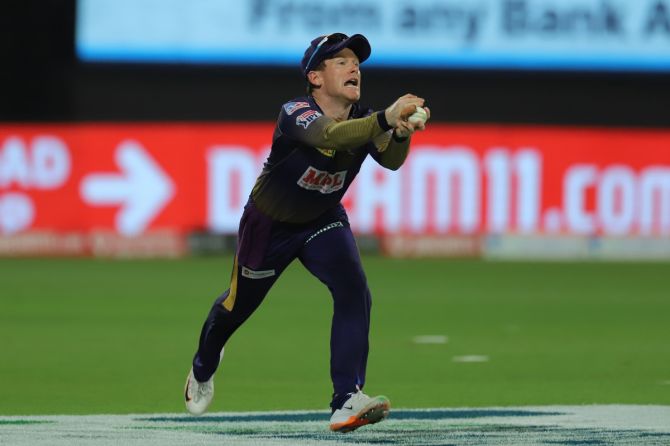 Such was Shaw's form that even Shikhar Dhawan (26 off 16 balls) was overshadowed despite some decent hits in a 56-run opening stand.

However, the man who enthralled was Iyer with some monstrous hits. 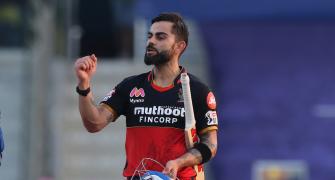 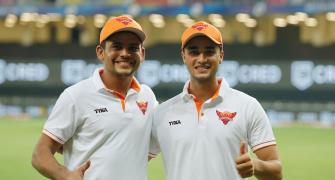 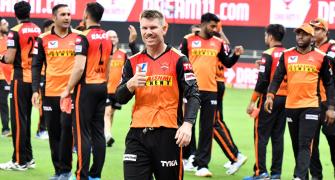 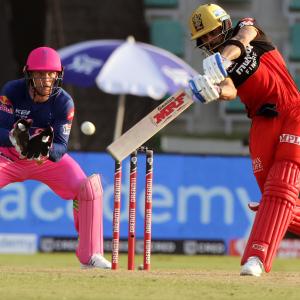 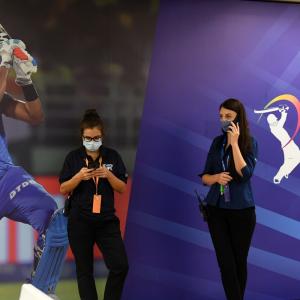