Indian bowlers put up a valiant effort with very few runs to defend before rookie Tahlia McGrath won the battle of nerves at the death, guiding Australia to a four-wicket victory in the second women's T20 International and also clinch the multi-format series 9-5.

Batting first, India put up an inept performance, scoring only 118 for nine, largely due to a 37 off 26 balls by Pooja Vastrakar.

Australia scored the runs in 19.1 overs, courtesy McGrath (42 not out off 33 balls), who launched into Shikha Pandey's 18th over, getting 14 runs which proved to be a game-changer.

Renuka Singh's inexperience also cost India dearly as the 19th over yielded 13 runs with McGrath, playing only in her second T20 International, winning it for the hosts.

"We were 20 runs short on this track," India captain Harmanpreet Kaur said after the game.

Pandey (1/27 in 4 overs) bowled one that jagged back a long way to breach through Alyssa Healy's (4) defence and after that it was Rajeshwari Gayakwad, who controlled the middle-overs by getting rid of Meg Lanning (15), drawing the Southern Stars skipper out with a flighted one and let the ball grip enough to beat her.

Ashleigh Gardener (1) was guilty of belting a half-tracker from Harmanpreet straight into point fielder Gayakwad.

Deepti Sharma then got the dangerous Ellyse Perry (1) as Harmanpreet timed her jump to perfection at the cover, leaving Australia tottering at 46 for four.

Beth Mooney (34 off 36 balls) was cautious for the better part of her innings as McGrath started smashing the bowlers. The Indian outfielding was very poor on the day.

Once Mooney was stumped off Gayakwad and Nicola Carey was also stumped off a rebound off Richa Ghosh's body, India looked to be making a comeback at 94 for six but Pandey and Renuka couldn't bowl tight lines to prevent McGrath from taking her team to victory.

Earlier, Vastrakar gave a fine exhibition of power-hitting as her superb 36 not out off 27 balls took India to 118 after they were reeling at 81 for nine being put into bat.

Vasktrakar, fondly called 'Chota Hardik' by her Test skipper Mithali Raj, has come of age as an all-rounder on this tour. She hit three fours and two sixes at the back end to ensure that India don't embarrass themselves on a track which was good for batting.

Even though the score is below-par against Southern Stars but Vastrakar's clean hits at least gave them something to fight for.

Interestingly, India were 81 for nine after the 17th over and in the last three overs, the tourists scored 37 with Vastrakar making all the runs in the company of Gayakwad, who could not open her account.

After an impressive show in the first game where their fearless batting was lauded, Indian batters flattered to deceive as none save skipper Harmanpreet Kaur (28 off 20 balls) showed the intent of taking the attack back to the opposition camp.

Instead, there was an inexplicable batting collapse with the hit-pairing of Smriti Mandhana and Shafali Verma falling to Tayla Vlaeminck's (2/18) pace.

Then, spinners Sophie Molineux (2/11 in 4 overs) and Ashleigh Gardner (1/12 in 4 overs) stifled the batters during the middle overs with 27 dot balls and three wickets, which broke the backbone of their batting.

Pooja Vastrakar not out 37

Rajeshwari Gayakwad not out 0

Tahlia McGrath not out 42

Georgia Wareham not out 10 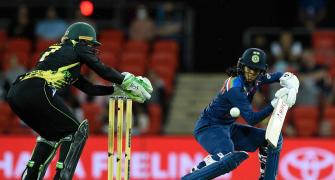 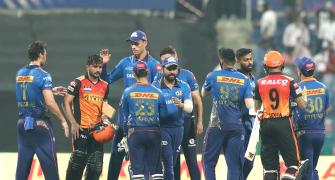 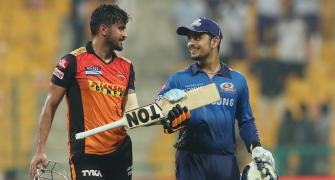 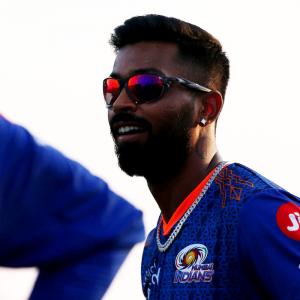 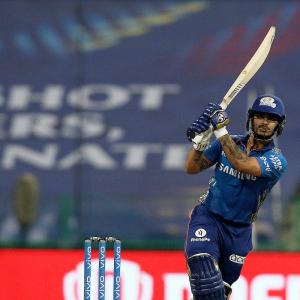