News
Business
Movies
Sports
Cricket
Get Ahead
Money Tips
Shopping
Sign in  |  Create a Rediffmail account
Rediff.com  » Cricket » People should not panic after one loss: Kohli

'I am allowed to experiment a little bit and fail at times. Today was one of the days it didn't come off' 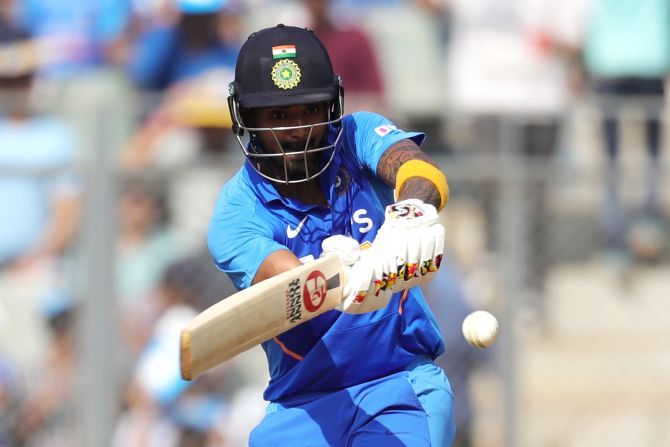 IMAGE: India handed KL Rahul a chance at No 3 in the 1st ODI on Tuesday and he made most of it, hitting a composed knock of 47 off 61 balls. Photograph: BCCI

Virat Kohli's decision to drop himself down the order backfired in the series opener on Tuesday, prompting the Indian skipper to reveal that he might have to "rethink" his plans going into the second ODI in Rajkot.

India made some unmissable changes in their batting combination with Kohli pushing himself down to No 4 to accommodate specialist openers Shikhar Dhawan (74 off 91) and K L Rahul (47 off 61) in the playing eleven.

Dhawan opened alongside Rohit Sharma while Rahul batted at three, disturbing the combination that India employed successfully after the World Cup in July, leading to a crushing 10-wicket loss at the hands of Australia.

"(On batting at 4) We've had this discussion many times in the past as well. Because of the way KL (Rahul) has been batting, we have tried to fit him in the batting line-up. But I don't think it's gone quite our way whenever I batted at four, so probably will have to rethink about that one," Kohli said at the post-match presentation ceremony.

"It's about giving some guys opportunities. Every now and then, it's about putting people up there and testing them. People need to relax and not panic with one game. I am allowed to experiment a little bit and fail at times. Today was one of the days it didn't come off," he added.

Australia gave India a harsh reality check, exposing the home team's middle-order and putting their bowling to the sword.

Anticipating dew in the evening session, Aaron Finch opted to field. India ended up with a below-par 255 on a decent batting surface after a middle-order failure.

Australia made short work of the target, racing to a resounding victory in 37.4 overs with David Warner (128 not out off 112) and Finch (110 not out off 114) smashing unbeaten centuries. 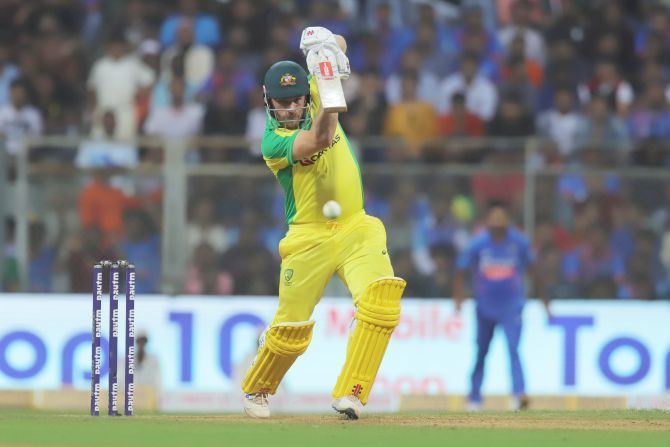 "We were totally outplayed in all three departments. It's a very strong Australian team and if you don't play well enough they will hurt you and we saw that. With bat in hand I don't think we had enough intent to go out there and take risks, get those extra runs and put the bowlers under pressure.

"I think in phases we were too respectful of the bowlers. We didn't take the game by the scruff of its neck. Having said that, it's another challenge for us to bounce back from here but today total credit has to go to Australia for the way they played," said Kohli.

India skipper said that the ongoing three-match ODI series is an opportunity for youngsters to make a mark ahead of the ICC T20 World Cup later this year.

"International cricket is always priceless. Experience in any format helps you in other formats. You perform in any format you gain confidence for the other one. So it's an opportunity for the younger lot in the middle-order to step up against world-class bowlers and make a mark.

"They have got two more opportunities so hopefully someone stands up and plays a blinder," he said.

"I thought the way we fought back in the middle overs with the ball had a huge part today. The way KL and Shikhar were batting, they could have gone to a much bigger score. Proud of how we fought back. Any time you beat India in India is a special feeling," said Finch.

Man-of-the-match Warner said his hunger for runs is increasing by the day.

"I think I've always had the hunger and desire for runs. It's just a great effort from our fast bowlers to knock India over for 255. We wanted to just protect the Powerplay. We got off to a flier, and we were very clinical in the end," said Warner. 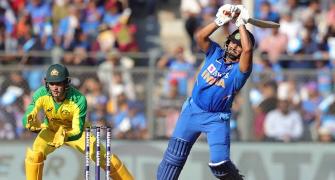 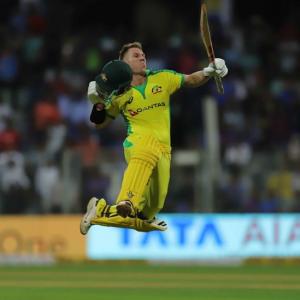