'It's not just the top six-seven batsmen. The tailenders must also perform with the bat.' 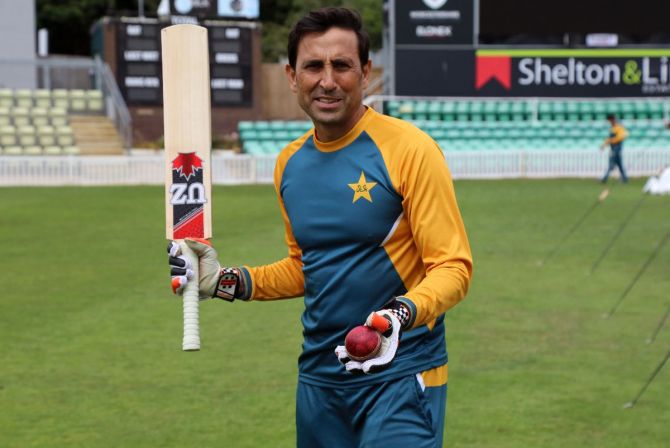 IMAGE: Pakistan's batting coach Younis Khan has been working on the batting of their pace trio of Shaheen Afridi, Naseem Shah and Mohammad Abbas, who have single digit batting averages. Photograph: Younis Khan/Twitter

The onus will be on Pakistan's top batsmen to post competitive totals against England but batting coach Younis Khan said the team will need "a fighting tail" to win the series.

Given the team is prone to inexplicable batting collapses, Pakistan roped in former captain Younis to help their batsmen for the three-Test series beginning in Manchester on Wednesday.

"We're here to win the series," Younis, only Pakistan Test batsman in the 10,000-run club, said on Tuesday. "For that we need a fighting tail, which is the hallmark of all top teams.

"It's not just the top six-seven batsmen. The tailenders must also perform with the bat," he said, citing the contribution of England's lower order in their 2-1 series victory against West Indies.

Younis has been working with the pace trio of Shaheen Afridi, Naseem Shah and Mohammad Abbas, who have single digit batting averages.

"I think Abbas has nice balance. I'm trying to make him their leader, someone who can guide the tailenders," Younis said. "They may not score a lot, but they need to put up a fight with the bat.

"We've been working really hard on their batting - feeding them bouncers and yorkers in the nets."

Skipper Azhar Ali and batting mainstay Babar Azam will have to share bulk of the scoring duty against an England team fresh from their win against West Indies.

Younis acknowledged the pressure on Babar, currently among top six batsmen in all three formats, and said he has been trying to help the 25-year-old focus on his game.

"He's been a fantastic player for Pakistan with strong performance in the last couple of years. I'm here to help take his game to the next level.

© Copyright 2020 Reuters Limited. All rights reserved. Republication or redistribution of Reuters content, including by framing or similar means, is expressly prohibited without the prior written consent of Reuters. Reuters shall not be liable for any errors or delays in the content, or for any actions taken in reliance thereon.
Related News: Younis Khan, West Indies, Mohammad Abbas, Pakistan, Shaheen Afridi
SHARE THIS STORYCOMMENT
Print this article 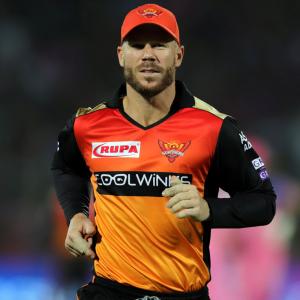