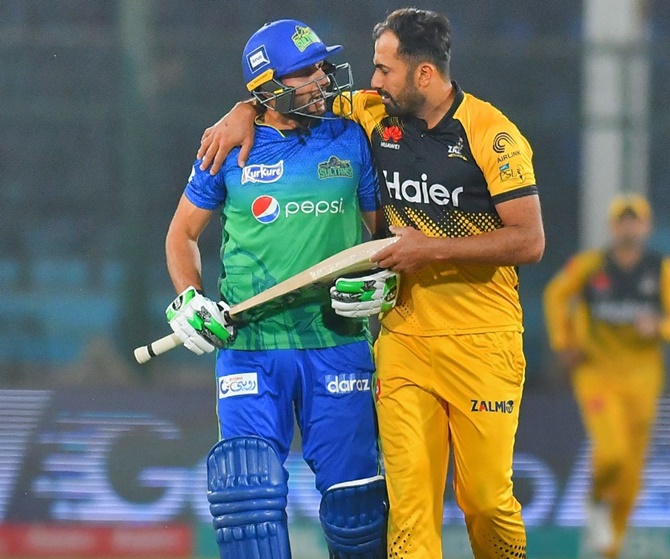 IMAGE: Multan Sultans were to take on Peshawar Zalmi at 2pm at the Gaddafi Stadium, followed by a clash between Karachi Kings and Lahore Qalandars at the same venue in the evening. Photograph: PSL/Twitter

The Pakistan Cricket Board (PCB) on Tuesday postponed the remainder of its premier T20 event -- the Pakistan Super League -- amid the global COVID-19 pandemic.

The PSL had entered the knockout stages and semifinal matches were due to be played on Tuesday in Lahore and final on Wednesday.

The PCB had already shortened the league by four days considering the worsening scenario around the coronavirus.

"HBL PSL 2020 postponed, to be rescheduled. More details to follow in due course," the PCB tweeted from its official handle.

Multan Sultans were to take on Peshawar Zalmi at 2pm at the Gaddafi Stadium, followed by a clash between Karachi Kings and Lahore Qalandars at the same venue in the evening.

"Sad to see the PSL end, but health and safety of all concerned is the key, esp those who are travelling back to their homes.Perhaps the decision could have been taken earlier, with regards to the trophy...well the table-topper should be handed the trophy," former Pakistan captain Shahid Afridi, who plays for Multan Sultans, tweeted.

The PCB on Monday called off an upcoming ODI and Test against Bangladesh next month. It also suspended a domestic tournament.

The PSL had seen numerous withdrawals by foreign players in the last few days and most had left the event to return home in view of the pandemic that has claimed more than 7,000 lives internationally.

In Pakistan, the number of confirmed cases stands at 184.

The pandemic has claimed over 7,000 lives and infected close to 175,000 people world over.

It has caused a collapse of sports events worldwide in a year when several quadrennial events like the Olympics, Euro 2020 and Copa America are scheduled.

England's tour of Sri Lanka was also cut short before the beginning of the two-match Test series while the upcoming edition of the Indian Premier League (IPL), which was due to start on March 29, has been suspended till April 15. 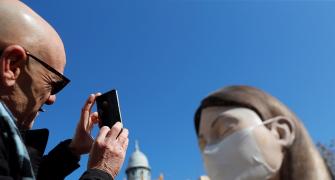 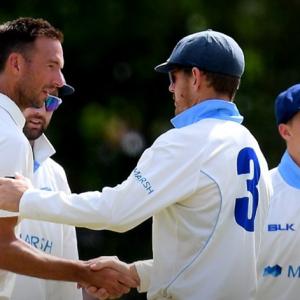