Paine scandal will be a distraction during Ashes: Ponting 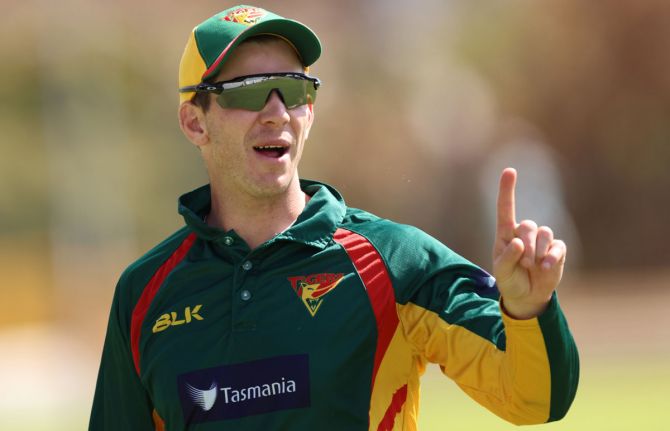 IMAGE: Tim Paine stood down from the role last Friday after media revelations he had been investigated and cleared over sexually explicit text messages sent to a female former colleague at Cricket Tasmania in 2017. Photograph: Paul Kane/Getty Images

Former Australia skipper Ricky Ponting said Tim Paine's resignation from the captaincy due to a 'sexting' scandal will "inevitably" be a distraction during the five-Test Ashes series against England.

Paine stood down from the role last Friday after media revelations he had been investigated and cleared over sexually explicit text messages sent to a female former colleague at Cricket Tasmania in 2017.

"As much as we would all love to see it go away and there comes a point where it's never talked about, it's inevitable that it's going to be there.

"Unfortunately for Tim he's going to get asked about it everywhere he goes ... It will blow over and hopefully it passes in enough time to have some really good clear headspace going into Brisbane (for the first Test)."

Australia spinner Nathan Lyon played down the impact Paine's presence would have on the team.

"I don't see it as a distraction at all," Lyon told reporters on Thursday.

"At the end of the day we are professional athletes, we know what we've got to do and how we've got to go about it."

The Ashes begins on December 8 at the Gabba.

Ponting said Alex Carey could replace Paine as wicketkeeper if the 36-year-old is dropped but backed Josh Inglis, who has yet to make his international debut, to be the long-term successor behind the stumps.

"I'm on record saying I love Inglis -- I think he's going to be a really good cricketer for Australia for a long time in whatever format they pick him in first, whether its T20s, one-dayers or Test cricket," added Ponting.

Lyon, however, said he wants Paine behind the stumps.

"The selectors said that we were going to pick the best available 11 and in my eyes Tim Paine is the best keeper in the world," he said.

"This is very selfish from a bowler's point of view. I want the best gloveman behind the stumps."

© Copyright 2022 Reuters Limited. All rights reserved. Republication or redistribution of Reuters content, including by framing or similar means, is expressly prohibited without the prior written consent of Reuters. Reuters shall not be liable for any errors or delays in the content, or for any actions taken in reliance thereon.
Related News: Tim Paine, Nathan Lyon, Ricky Ponting, Australia, Cricket Tasmania
COMMENT
Print this article PIX: Shreyas Iyer gets his Test cap from Gavaskar 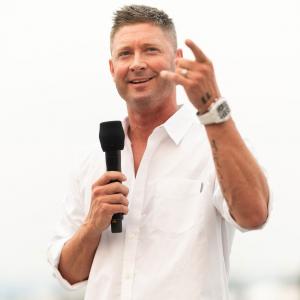