'The idea was exactly this -- to have youngsters who come in and perform with fearlessness so that when the transition happens eventually, it's not difficult for Indian cricket and the standard doesn't fall' 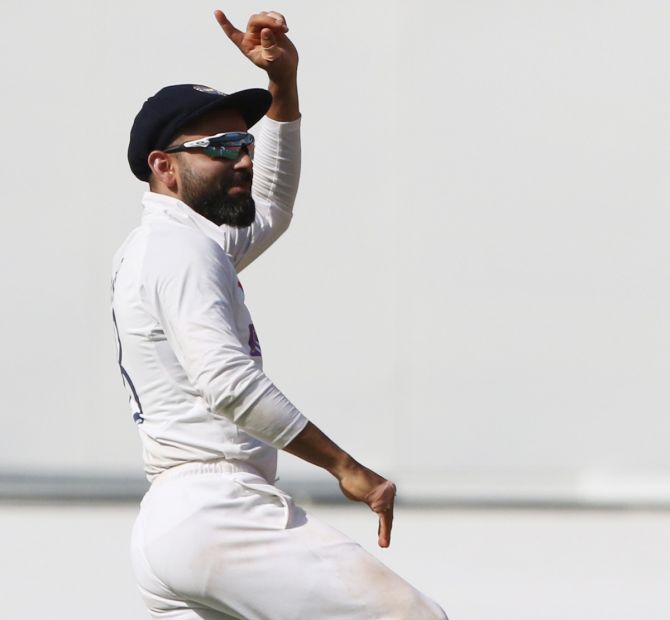 Virat Kohli believes the future of the India team is in safe hands after a trio of youngsters gave a good account of themselves in their 3-1 series victory against England, the home captain said on Saturday.

Only spin colleague Ravichandran Ashwin, who played all four Tests for his 32 wickets, managed more.

Spin all-rounder Washington Sundar shone with the bat, while stumper-batsman Rishabh Pant impressed both behind and in front of the stumps.

They made telling contributions in the final Test when Sundar stitched together match-defining century-plus partnerships with Pant, who smashed a blistering century, and Patel.

"That's a great sign for Indian cricket," Kohli said after India won the final Test by an innings and 25 runs inside three days.

"The idea was exactly this -- to have youngsters who come in and perform with fearlessness so that when the transition happens eventually, it's not difficult for Indian cricket and the standard doesn't fall..."

"It's up to the individuals as well, taking the situation on, like Rishabh and Washy did with that game-changing partnership, and then Axar as well."

"These are the kinds of situations where individuals stand up and say, 'OK, I'm going to make a mark and make a name for myself and be that player who can be counted on' and that's exactly what they've done."

Kohli was pleased with how the hosts bounced back from their defeat in the series opener to string together three wins in a row and register their 13th consecutive Test series victory on home soil.

It also assured India a place in the June finals of the inaugural World Test Championship (WTC) against New Zealand.

Kohli had previously refused to speculate on India's chances of making the WTC final but conceded he was now looking forward to it.

"It was more of a distraction for us because we are a side very committed to playing Test cricket," the 32-year-old said.

"It did become a bit of a distraction for us in New Zealand (last year), but from then on it was just focused on one game at a time, and now we are in the finals which we can't wait to be a part of."

© Copyright 2021 Reuters Limited. All rights reserved. Republication or redistribution of Reuters content, including by framing or similar means, is expressly prohibited without the prior written consent of Reuters. Reuters shall not be liable for any errors or delays in the content, or for any actions taken in reliance thereon.
Related News: Rishabh Pant, WTC, Kohli, India, Mohammed Siraj
SHARE THIS STORYCOMMENT
Print this article 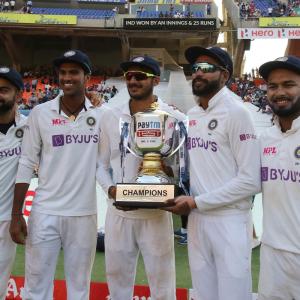 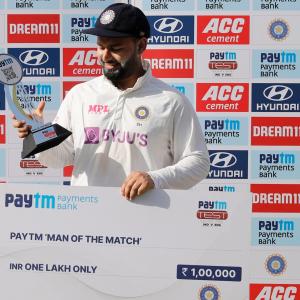