News
Business
Movies
Sports
Cricket
Get Ahead
Money Tips
Shopping
Sign in  |  Create a Rediffmail account
Rediff.com  » Cricket » One trait that stands out in Virat Kohli...

Want to be consistent like Virat in West Indies, says Krunal Pandya IMAGE: I want to learn from Virat how to be a consistent performer, says Krunal Pandya. Photograph: Ryan Pierse/Getty Images

Consistency is the best way to impress a skipper and all-rounder Krunal Pandya wants to put his best foot forward in front of Virat Kohli during the upcoming T20 series against West Indies starting August 3 in Florida.

The elder of the two 'Pandya brothers', Krunal has been selected in India's 15-member squad led by Kohli for the three T20s against the West Indies.

And the spin-bowling all-rounder said he now wants to pick on his skipper's brain on how to achieve consistency which will give his limited overs career much-needed fillip.

"West Indies tour I am looking forward to it because there is a lot of cricket in future. Obviously, I want to perform consistently in both batting and bowling," Krunal told bcci.tv.

"I want to learn from Virat (Kohli) how to develop that hunger and be a consistent performer."

Krunal, who is already in the West Indies with the India 'A' side, said such tours help a cricketer in gaining experience.

"India 'A' tours help a lot. In the last 2-3 years, I have played in South Africa, New Zealand and England. It gives you experience and advantage when you tour these countries with the senior team," he said.

Krunal also admitted that he is a big admirer of two-time World Cup skipper Mahendra Singh Dhoni, who is at the twilight of his career now.

"There is no big finisher in Indian and world cricket than Mahi bhai (Dhoni). He has been doing this day in and day out. His patience and the way he reads the situation are the qualities which I would like to learn from him," said the 28-year-old left-hander, whose younger brother Hardik has been rested for the entire tour of West Indies.

"The biggest turning point in my career is to represent Mumbai Indians because that gave me a platform to showcase my abilities. The amount of pressure you are in when you are playing IPL is different," he said.

The first two T20s between India and West Indies will be played in Fort Lauderhill, USA on August 3 and 4 while the final match of the series will be hosted by Guyana on August 6. 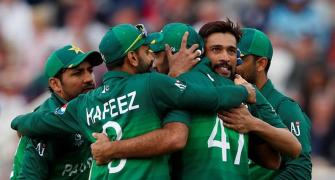 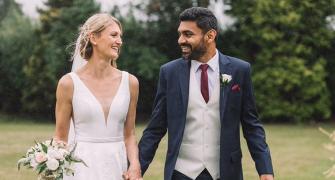 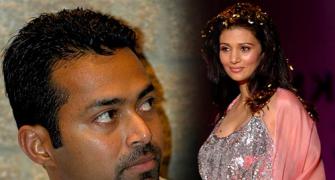