On this day: Tendulkar first to score double century in ODIs IMAGE: Sachin Tendulkar raises his bat to the stars on completing his double century against South Africa on February 24, 2010, in Gwalior. Photograph: Reuters

It was on this day, 12 years ago, when Sachin Tendulkar became the first man on the planet to score a double century in One-Day Internationals.

The Master Blaster achieved the feat against South Africa at the Captain Roop Singh Stadium in Gwalior. He played an unbeaten knock of 200 off just 147 balls, hitting 25 fours and 3 sixes. This knock by Tendulkar helped India post 401/3 in the allotted fifty overs.

The MS Dhoni-led side eventually defeated the Proteas by 153 runs.

On breaking the record, Tendulkar had said: "No record is unbreakable. Records are made to be broken and I would like to see an Indian breaking this record. I do not play for records. I play for enjoyment and for my passion for the game. I did not start playing cricket for breaking records. It has happened over the time. But it feels great.”

Tendulkar’s opening partner, Virender Sehwag was the first to break that record, hitting 219 runs against the West Indies in 2011.

There have been just eight scores of 200 by a batter in ODI cricket.

India’s current captain Rohit Sharma has since scored three double centuries – his first (209) coming against Australia in 2013. He also holds the record of registering the highest individual score in ODIs – 264 vs Sri Lanka in 2014. He went on to score another double against Sri Lanka.in 2017.

Martin Guptill registered the second-highest individual score as he played a knock of 237 against the West Indies in the 2015 World Cup.

The latest to score a double century in ODIs is Fakhar Zaman who hit 210 against Zimbabwe in 2018. I am comfortable batting at any position: Mayank 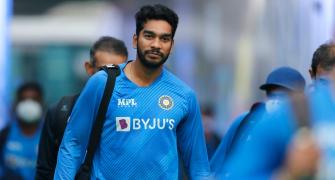 'Both Hardik, Venkatesh Can Be in Team' 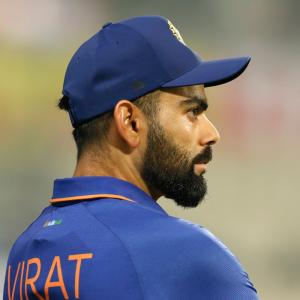