News
Business
Movies
Sports
Cricket
Get Ahead
Money Tips
Shopping
Sign in  |  Create a Rediffmail account
Rediff.com  » Cricket » 'NADA must ensure career of cricketer is not spoiled due to faults'

Sports lawyer Parth Goswami said that utmost care should be taken by NADA while handling the samples of names as big as Virat Kohli, Rohit Sharma and Jasprit Bumrah. 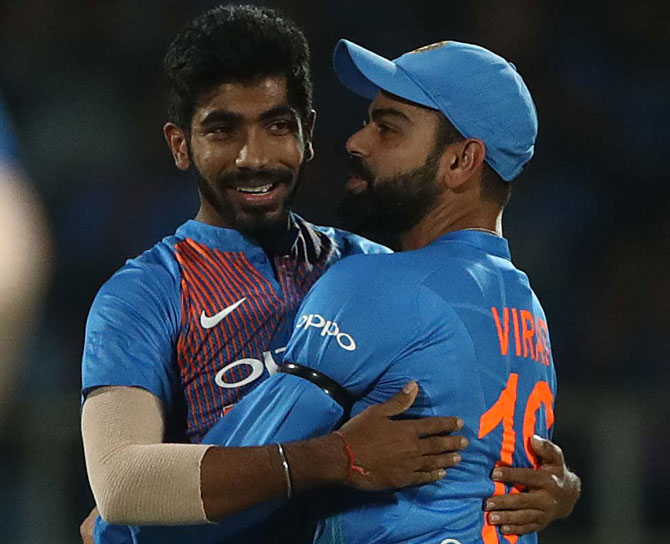 The National Anti-Doping Agency must exercise utmost caution while collecting samples from cricketers as big reputations will be at stake, sports lawyer Parth Goswami said after the BCCI came under the NADA's purview.

Goswami, along with sports medicine expert PSM Chandran, welcomed the  landmark move, which opens up the possibility of the Indian Cricket Board becoming a sports federation (NSF) as per government norms.

"This move of bringing cricketers under NADA will definitely ensure a clean-up in the sport but at the same time, NADA must ensure the highest levels of professionalism as they have always done to safeguard cricketers," Goswami said on Friday.

He said that utmost care should be taken by the agency while handling the samples of names as big as Virat Kohli, Rohit Sharma, Shikhar Dhawan and Jasprit Bumrah.

"NADA must ensure that the image of a cricketer is not tarnished or a career is not spoiled due to the slightest of faults in testing or sample collection.

"It's a double-edged sword but the idea is to balance the two aspects of cleaning as well as unfair tainting for publicity and taking advantage of public figures," he added.

BCCI's primary concern was the contentious 'Whereabouts Clause' with regards to Out of Competition testing, something that all star India players have been wary of as they considered it an invasion of their privacy.

However, Chandran, who served as the sports medicine expert with the Sports Authority of India (SAI), felt the clause will leave the players with no option but to fall in line.

"It's immaterial who does the testing whether it's the BCCI or NADA, as long as they follow the WADA code. Only the testing agency is changing from BCCI to NADA," Chandran said.

"NADA follows the WADA code and now the cricketers will also have to follow it. There was some objection among the players regarding the whereabout information. After this decision, they cannot give an excuse and will have to fall in line and the NADA can test them whenever required," he added.

Sports Secretary Radheshyam Jhulaniya, who met BCCI CEO Rahul Johri along with its GM (Cricket Operations) Saba Karim in New Delhi on Friday, said that the Board has given in writing that it would adhere to the anti-doping policy of NADA. 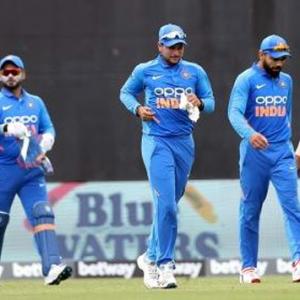