Teenage pace pair Darcie Brown and Hannah Darlington laid the foundation for their win, sharing six wickets between them and restricting India to a below-par 225/8 at the Great Barrier Reef Arena.

Rachael Haynes then led their robust top-order reply with an unbeaten 93 as Australia romped home with nine overs to spare and go 1-0 up in the three-match series.

"I thought Darcie Brown was excellent today," Lanning said of the bowler whose 4-33 also earned the 18-year-old the player-of-the-match award.

"She bowled with good aggression and control, so it was nice to see her do really well. I thought Hannah Darlington on debut did an excellent job as well." Skipper Mithali Raj top-scored for India with 63, her fifth consecutive fifty in this format, but could not accelerate.

Richa Ghosh chipped in with a breezy unbeaten 32 and No 10 Jhulan Goswami made 20 to lend some respectability to their total.

Haynes raised 126 runs with fellow opener Alyssa Healy, who made a run-a-ball 77 to give Australia a flying start.

Lanning, who was 53 not out, then joined Haynes to guide the hosts to an easy victory. A dejected Raj said India did not get the early runs they were looking for after being put into bat.

"We did not get a good start and the middle order had to try and compensate.

"A lot more was expected of the bowling department, especially our experienced spinners, whom we expect to perform on this sort of wicket."

Mackay hosts the next two one-dayers on Friday and Sunday, before the teams move to play one Test and three Twenty20 Internationals.

India skipper Mithali said that the team needed to 'work a lot' on its bowling.

"You do have plans, but again it is about executing it in the ground, sometimes the bowlers don't get the rhythm, but there are times when you know they get the rhythm but the plan isn't working," Mithali said at the post-match press conference.

"Yes we have a lot to work in terms of our bowling department because, predominantly, we are spin attack and spinners are getting hit everywhere, so that is something we need to tweak in," she added.

Mithali, who completed 20,000 career runs, lamented that the batters could not build partnerships.

"When you know the (kind of) batting line up the Australians have, anything closer to 250, is what we were looking at, but losing two wickets, especially batters like Shafali (Verma) and Smriti (Mandhana) in the Powerplay itself...

"So, it was important that the middle-order starts to compensate for that and build a partnership, that is what we did with Yastika (Bhatia), but again we didn't get enough partnerships in the lower-middle as well.

"We need to now have partnerships, rather than thinking about playing fearless cricket, the girls need to get down to developing some partnerships in the middle and that definitely will give them confidence at some point to play fearless," she stated.

Mithali has faced criticism for her strike-rate and she responded by saying, "Well, for me batting is always about situation, not about strike rate."

She insisted that while she wants to improve on this aspect, it doesn't strike her mind when she walks in to bat.

"If you are losing wickets at the other hand, you definitely don't want to end up scoring 150 all out. So, I don't really give that much of a thought to the strike-rate.

"Yes, it is always in my mind to improve on that aspect, I wouldn't say that I definitely don't think about it, but that is something (that) doesn't cross my mind when I walk in to bat."

© Copyright 2021 Reuters Limited. All rights reserved. Republication or redistribution of Reuters content, including by framing or similar means, is expressly prohibited without the prior written consent of Reuters. Reuters shall not be liable for any errors or delays in the content, or for any actions taken in reliance thereon.
Related News: Mithali Raj, Darcie Brown, ODI, India, Richa Ghosh
COMMENT
Print this article 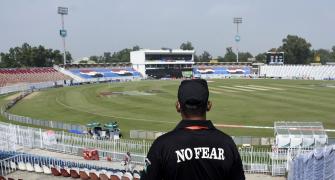 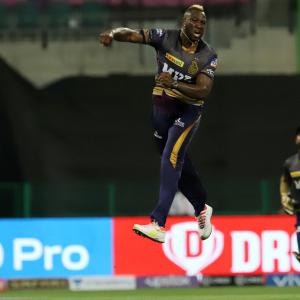