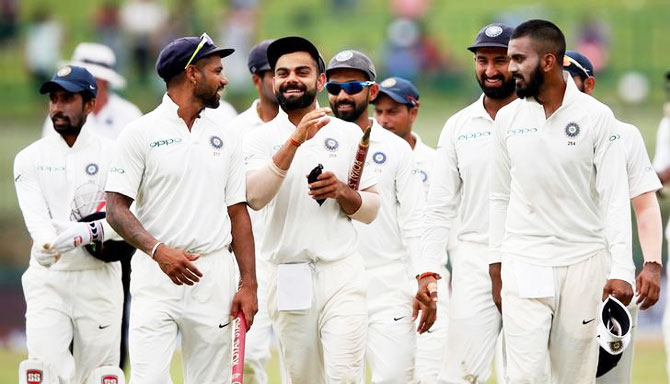 IMAGE: Team India will be chasing their 9th consecutive series win when they face Sri Lanka in the 3rd Test in New Delhi. Photograph: Dinuka Liyanawatte/Reuters

Dinuka LiyanawatteSri Lanka appear to have neither the game-plan nor the resources to halt India's seemingly inexorable march towards a record-equalling ninth consecutive series victory when the neighbours clash in the third and final Test on Saturday.

Sri Lanka's long-suffering fans saw a sliver of hope when Dinesh Chandimal and his men blanked Pakistan 2-0 in the United Arab Emirates in October before embarking on their bid to win a maiden Test on Indian soil.

They managed to bowl out Virat Kohli's men for 172 in the first Test in Kolkata but after letting a dominant position slip on the final day, needed poor light to intervene to escape with a draw in that weather-hit contest at the Eden Gardens.

At a dry Nagpur, a marauding India cruelly exposed Sri Lanka's limitations and went on to register their joint biggest victory with more than a day to spare. 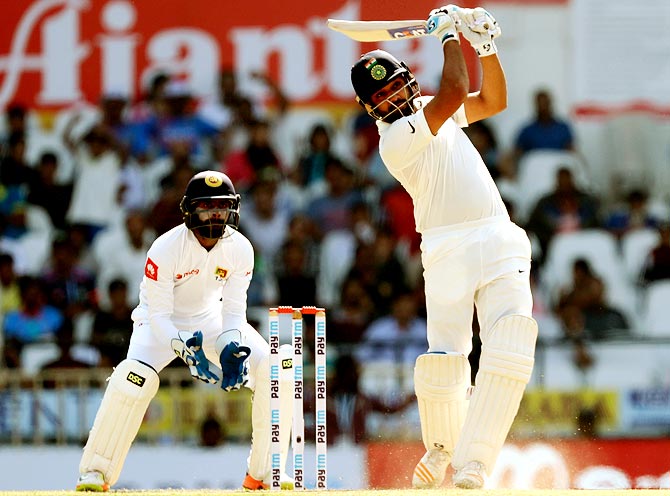 India's ruthless batsmen -- four of them helped themselves to centuries -- made hay while the sun shone as they toyed with a toothless Sri Lankan attack in a complete mismatch.

The hosts declared their first innings 'batathon' at 610 for six and did not need a second go in the middle after the home bowlers duly ran through Sri Lanka twice in the innings and 239 runs triumph.

"Before we came here, we had a game-plan," Chandimal said after Sri Lanka's worst defeat in Test cricket in which they scored less than 19 runs per wicket.

"We said to the guys, 'if you get a start, you have to bat long'. But they scored only 50-60 runs and got out. It's unfortunate but I'm sure they will learn."

India, who subjected Sri Lanka to a 9-0 home whitewash across all formats earlier this year, are unlikely to take their foot off the accelerator in the final home Test before they leave for South Africa.

As was the case in Kolkata and Nagpur, the track at Delhi's Ferozeshah Kotla is likely to sport a green tinge as captain Kohli wants the series to double up as preparations for a tougher assignment away to the Proteas. 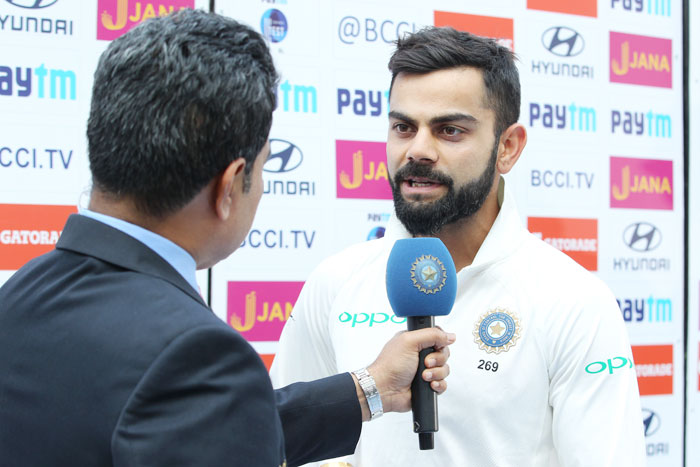 "We want to prepare for South Africa. That's why we asked for pitches with help for the fast bowlers," Kohli said after the Nagpur romp.

"There's not enough time in between to prepare, so we have to use the time we have now for a big tour coming up."

Kohli has killed two birds with one stone with his choice of surface, which has also diluted Sri Lanka's most potent spin threat Rangana Herath, who will miss the Delhi Test with a back injury.

Kohli's counterpart Chandimal, however, will be more alarmed by the lack of application among his batsmen, as was evident on day four of the Nagpur Test when seven of them got out in the morning session, most of them through poor shot selections.

India are heavy favourites to win again but only need a draw to tie England and Australia for the record for most consecutive Test series wins and Chandimal's men would have to conjure up something extraordinary to deny the hosts.

© Copyright 2020 Reuters Limited. All rights reserved. Republication or redistribution of Reuters content, including by framing or similar means, is expressly prohibited without the prior written consent of Reuters. Reuters shall not be liable for any errors or delays in the content, or for any actions taken in reliance thereon.
Related News: Sri Lanka, Kohli, Dinesh Chandimal, Team India, IMAGE
SHARE THIS STORYCOMMENT
Print this article 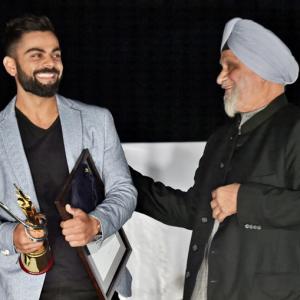