These two MLAs rule the political and playing arena On the face of it, the oscillation between the political and playing arena, and success they enjoy in the two contrasting fields, despite the constant to and fro, seems effortless.

But the past few days have been particularly hectic for shooter Shreyasi Singh and cricketer Manoj Tiwary, who also happen to be active politicians and public representatives at the state level.

They have been juggling political duties with focussed preparation for their respective competitive outings as well.

Even as she works on improving the lives of the people of Jamui constituency in Bihar, Singh has two important sports assignments lined up -- the ISSF Shotgun World Cups in Nicosia (Cyprus) and Lima (Peru) in March.

Tiwary, on the other hand, is already in a bio-bubble as he gears up to play for Bengal in the Ranji Trophy, starting Thursday.

"It has been very hectic, it can be very difficult sometimes, training for my events and working for people," said Commonwealth Games gold-medallist shooter Shreyasi, who is currently ranked world number one in the women's double trap discipline.

For Tiwary, who is West Bengal's state sports minister and MLA from Howrah district's Shibpur constituency, the time in quarantine has hardly been about binge-watching web series or making Instagram reels.

The first thing he did after entering the bubble was to call up his political secretary and ask him to courier all the files related to his constituency.

"Since BCCI had a five-day hard quarantine for Ranji Trophy, I had told (him) before leaving that by the time I enter the bubble I would require all the files and forms sent to my Cuttack hotel address," he said.

"In five days of quarantine I was reading all the files and signing all the forms pertaining to my work as an MLA," the 36-year-old former India cricketer as he gears up for his 18th season in first-class cricket.

When it comes to striking a balance between shooting and politics, what makes it more difficult for Singh is the fact that there is no shotgun range in Bihar, the state the ace markswoman-cum-MLA hails from.

The reigning National champion will enter the World Cup as the No. 1 in her event, something she tweeted about proudly.

"They say there's a first time for everything, and this definitely will be the first time that an MLA from Bihar is also ranked India's No.1 Trap woman shooter and will be representing India at the upcoming World Cup !! Thank you everyone for your love and support," Singh wrote on her Twitter handle.

The 30-year-old Shreyasi said after she is done with the two big events, she will be back to "doing work for our people and our state".

From champion boxer Manny Pacquiao to chess legend Garry Kasparov, there are innumerable examples of sporting stars turning into politicians, but not many have succeeded in doing both.

Back home, iconic boxer and Rajya Sabha MP MC Mary Kom and another star pugilist and Congress leader Vijender Singh, who competes in the professional arena, are among the few names continuing to thrive in both fields. So what kind of files was he screening during the hard quarantine?

The query was followed by laughter from Tiwary.

"Look, I have a commitment towards my constituency. There are loads of issues where you need a local MLA's signature. There are hospitalisation schemes of the government. We are still disbursing COVID compensation to people of my constituency for families who lost their kin," he elaborated.

"There are other public issues and, if it's in my capacity, I don't like to keep any files pending," said Bengal's No. 1 batter for over decade-and-a half.

Now that he will be playing the Ranji Trophy for the next one month while staying in a bio-bubble, how are things going to be managed in his absence?

"All the local leaders, councillors of wards under my legislative constituency have been briefed on all situations where they need to step up.

"The clearances have been given by me to help people if any law and order or health crisis happens, which are always at the back of your mind. In any case, once the stumps are drawn, I am ready to co-ordinate."

"My life is secure now. I have played enough cricket with distinction (India, IPL, first-class) to have a secure life for my family. I don't play cricket for money," he emphasised.

"When I see a cricket field and get a bat in hand, I am as excited as my toddler son. Yes, I am a politician and people's representative but this is what I have done all my life since the age of 10 when I started playing.

"It's my default setting. I still want to win that Ranji Trophy having played three finals."

Asked how his party, Trinamool Congress, looks at his job as a professional cricketer, Tiwary replied: "My party has been very supportive. Our CM (Mamata Banerjee) and senior leader Abhishek Banerjee and (senior) Sports Minister Aroop Biswas have all been very supportive.

"In fact Didi has told me that as long as I think I am able to play professional cricket, I should continue. It's all about time management and learning the ropes of a different field quickly.

"I haven't missed a single day's training for Bengal's Ranji Trophy pre-season. Before that, I was in Goa, campaigning for the party for the state assembly elections. Before that I had done rallies in Tripura also for the party.

And how does sports minister Manoj Tiwary look at the curtailed Ranji season where most teams get to play three games.

"Something is better than nothing. At least you are playing red ball. Would not have been good if there was no red ball at all.

"At least, youngsters can stake an India A claim with a good show. So I would laud the BCCI for at least having the tourney in COVID times." 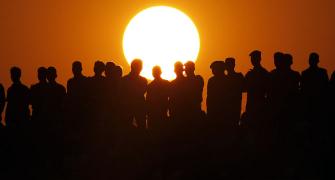 Veterans, cubs in the mix as Ranji Trophy returns 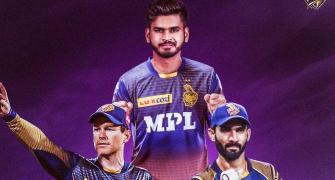 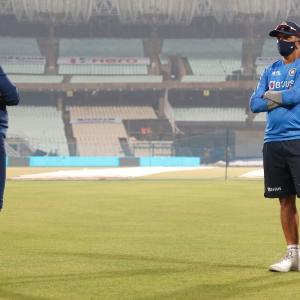 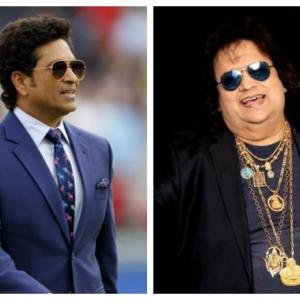 Sachin was hooked on to Bappida's 'Yaad Aa Raha hai'