IMAGE: India captain Virat Kohli takes a lap of honour with team mates after winning the match and claiming the series against England at the Wankhede Stadium in Mumbai on Monday. Photograph: Danish Siddiqui/Reuters

Congratulatory messages poured in for the Virat Kohli-led Team India following their clinical win over England in the 4th Test in Mumbai on Monday.

“Big big congratulations to the boys and support staff for clinching the series. Home season so far has been brilliant,” Rohit Sharma tweeted.

Even Bhajji, who has controversially panned the spin-assisting tracks in the series, congratulated the team and off-spinner Ravichandran Ashwin.

Former India batsman VVS Laxman gave kudos to Kohli’s aggressive intent all through out the test, and posted on his Twitter handle: “Congratulations Team India on a emphatic win. Luv the approach of this team-positive,aggressive&determined. Keep it up boys #IndvsEng @BCCI.”

India’s No. 3 batsman Cheteshwar Pujara who has enjoyed good form in the series thus far, lauded the performance of his teammates but reminded them that the job was not finished just yet: “Great win boys, thoroughly enjoyed the series, one more to go guys @BCCI,” the Saurashtra Lad tweeted.

BCCI President, Thakur also left his wishes for the team.

“What a win by #TeamIndia securing the series comprehensively. Heartiest congrats to @imVkohli @anilkumble1074 and entire team. @BCCI,” he tweeted.

Opener Gautam Gambhir, who has been sidelined from the Test squad after unconvincing batting in the opening drawn Test against England in Rajkot, also wished the team on their series win.

"Thumping win led by a number of brilliant performances. Congratulations Team India on a deserved win! Chennai next, let's go for 4! #INDvENG," the Delhi batsman tweeted. 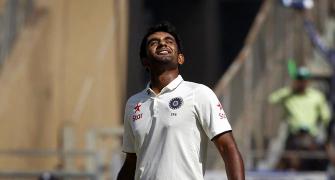 Why Yadav wants to continue to bat at No. 9 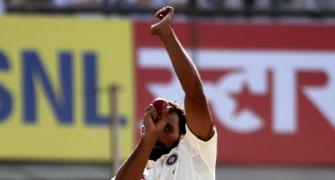 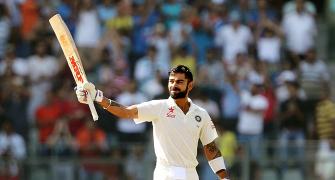 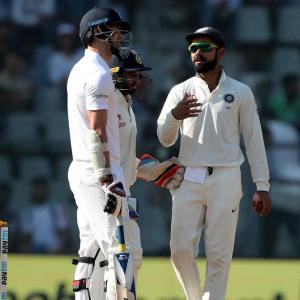 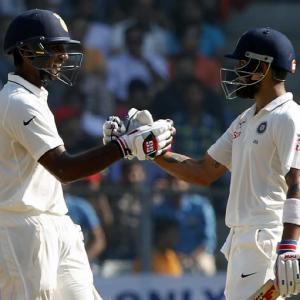