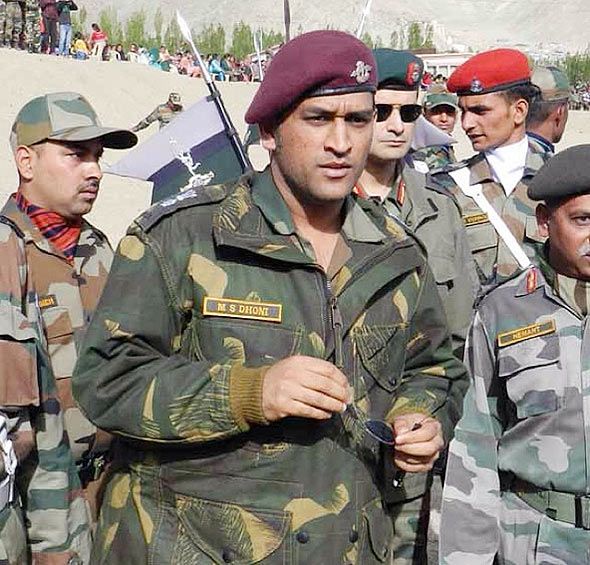 The ace cricketer, who had written to the Army authorities to undertake the training, will do five parachute jumps once he finishes his course. He reported to the Para Brigade, Agra for initial training in Para Jump by Para Training School on August 5.

Dhoni had in 2011 donned the uniform of a commando as he was conferred an honorary rank of Lieutenant Colonel in the Parachute Regiment. He was conferred the honour for outstanding contribution in the field of sports and his commitment to the Army on various occasions.

Since then, Dhoni has maintained that he would "definitely" want to serve the Army actively once he bids adieu to the game.