News
Business
Movies
Sports
Cricket
Get Ahead
Money Tips
Shopping
Sign in  |  Create a Rediffmail account
Rediff.com  » Cricket » Langer angry as Australia miss out on WTC final due to over rate

'I mentioned it to the players afterwards that two overs down could cost us the World Test Championship.' 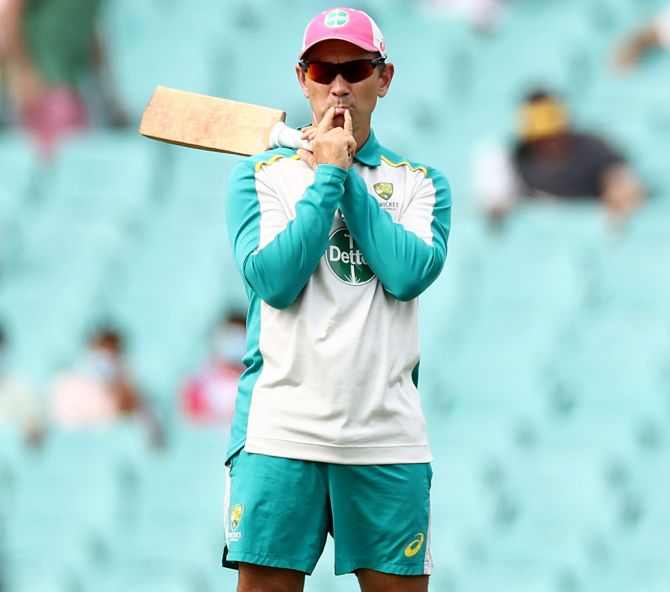 IMAGE: Head coach Justin Langer slammed the Australian team after missing out on the World Test Championship final because of slow over rate during the second Test against India in Melbourne in December. Photograph: Ryan Pierse/Getty Images

Australia coach Justin Langer said on Tuesday his team's "slack" attention to detail in bowling required overs in the India series had cost them a place in the World Test Championship (WTC) final.

Australia were docked four WTC points for being two overs behind the rate during the second Test in Melbourne.

Australia lost the series 2-1 but would have qualified for the final at Lord's ahead of New Zealand had they not been penalised for slow over rates.

Langer said the team were unaware they lagged the rate until after the game.

"I remember we were in the team room afterwards and I spoke to Painey (captain Tim Paine) and Dene Hills, our analyst, about it. I was a bit grumpy about it and I thought, 'Imagine if this cost us the World Test Championship'.

"And I mentioned it to the players afterwards that two overs down could cost us the World Test Championship.

"It was relevant at the time and it certainly became incredibly significant over the weekend."

Australia's last hope of qualifying for the WTC final was snuffed out by India's defeat of England in the fourth Test over the weekend.

India will play New Zealand in the June 18-22 final.

Australia's international season finished with defeat to New Zealand in a T20 series-decider in Wellington on Sunday.

Some of Australia's top players will next head to the Indian Premier League, which will double as a rehearsal for the T20 World Cup in the subcontinent later in the year.

Fast bowlers Jhye Richardson and Riley Meredith, who impressed in New Zealand, will be among them and hope to boost their claims for a spot in Australia's squad for the global tournament.

"There's no better showcase for some of our players," said Langer, who is also a selector.

"We'll watch that really closely and see who performs well."

© Copyright 2021 Reuters Limited. All rights reserved. Republication or redistribution of Reuters content, including by framing or similar means, is expressly prohibited without the prior written consent of Reuters. Reuters shall not be liable for any errors or delays in the content, or for any actions taken in reliance thereon.
Related News: WTC, Justin Langer, India, Australia, T20
SHARE THIS STORYCOMMENT
Print this article 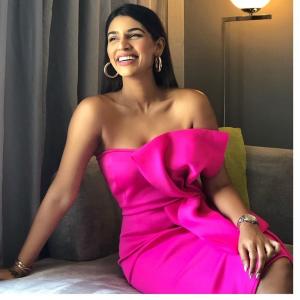 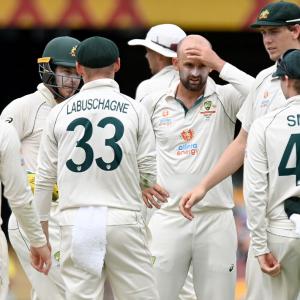