'Hosting an event was unacceptable at this moment when India is mourning the death of its jawans.' 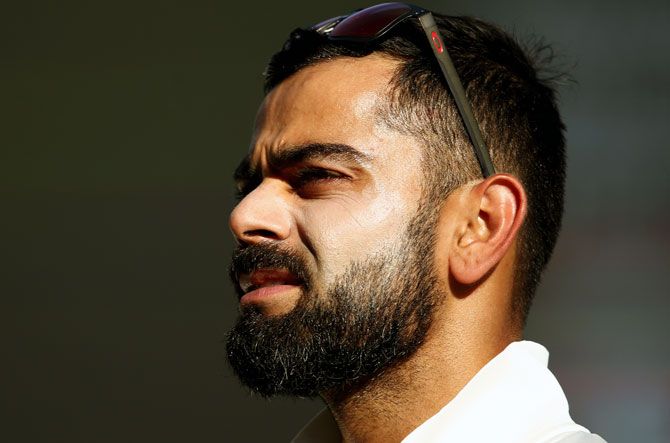 India captain Virat Kohli postponed the RP-SG Indian Sports Honours, which was to take place on Saturday, as a 'mark of respect' to the Central Reserve Police Force personnel martyred in the Pulwama terror attack.

The Indian Sports Honours is an initiative of Virat Kohli Foundation and RP-Sanjiv Goenka Group.

"The RP-SG Indian Sports Honours has been postponed. At this heavy moment of loss that we all find ourselves in, we would like to cancel this event that was scheduled to take place tomorrow," Kohli posted on Twitter on Friday.

The sporting fraternity, including Kohli, had joined the country in condemning the dastardly attack.

The batting mainstay annually rewards excellence in sports and nurtures promising athletes through his foundation.

"The RP-SG Indian Sports Honours that was supposed to happen tomorrow night has been postponed by Virat as a mark of respect to the CRPF jawans who were martyred at Pulwama by a tragic terror attack," the foundation said in a statement.

"The who's who of entertainment and sports industry were supposed to be present for the award ceremony. Every partner and all the sportstars and delegates associated with this award have been informed and communicated with, stating that hosting an event was unacceptable at this moment when India is mourning the death of its jawans."

Minerva Punjab FC have also requested the All India Football Federation (AIFF) to shift their upcoming I-League match from Srinagar or defer it in the wake of the Pulwama terrorist attack, saying the club is ready to forfeit if the game is not rescheduled. 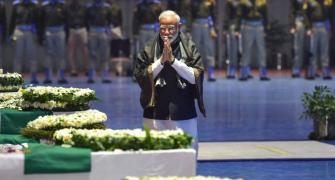