‘Our friendship has only grown over the years’

Two of the funniest and unassuming characters, according to Kohli, are Hardik Pandya and Shikhar Dhawan 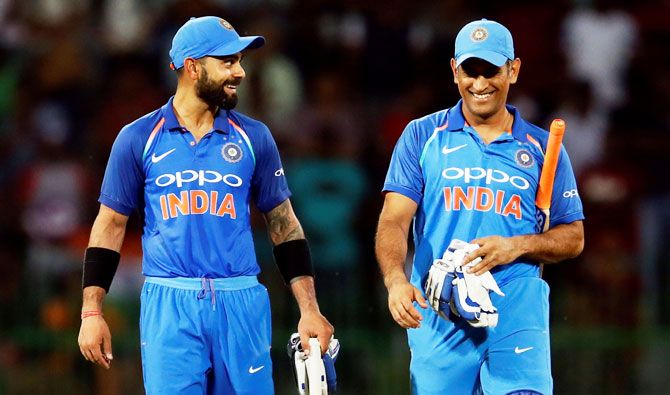 Their bonding has become stronger with the passage of time and skipper Virat Kohli is proud of the fact that no external force has been able to affect his friendship with predecessor Mahendra Singh Dhoni.

"A lot of people try to plug in stories of rift between us. The best part is neither he reads those articles nor do I. And when the people see us together, they wonder 'wasn't there rift between the two'. We laugh amongst ourselves and say we didn't know there was one," Kohli said during an episode of web-series 'Breakfast With Champions'.

Australian cricket great Matthew Hayden had once said that Dhoni is someone who finds things funny that only seven-year-olds would.

"I guess Hayden is not off the mark," grinned the current India captain.

"Lot of people don't know but he has childlike enthusiasm. He gets intrigued by things easily and is always looking for something new that will interest him," Kohli said.

Kohli recalled a funny anecdote from his younger days which he had shared with Dhoni and how he literally burst out laughing.

"I once told him a funny story of my U-17 days. It was my academy's match. There was this new boy and I threw the ball at him and asked 'kahaan se' (meaning from which end will you bowl). The boy answered, 'Bhaiya Najafgarh se'!

"When I recollected this incident and told MS about it, he started laughing and this was happening as the match was on," Kohli said. Kohli may be calling the shots now but his reverence for Dhoni is there to be seen.

"I don't think I have ever come across a better cricketing brain just in terms of planning, knowing what's happening in the game and what can be done. Obviously, I go by my instincts but whenever I ask him anything 8 or 9 out of 10 times what he says, works. Our friendship has only grown over the years," Kohli said.

For those who were sceptical about how easy the transition would be, Kohli lauded Dhoni for making it smooth.

"The transition happened so smoothly. No one on the field (players) felt that there has been a change. Everything is happening smoothly and I am happy that he is there by my side during my initial years of captaincy. I am lucky to have him." Kohli went to the extent of stating that at the crease he has blind faith in Dhoni's abilities.

"MS and me have a great understanding. While running between the wickets, if he says two, I just close my eyes and run because I know that his judgement is so correct, I will make it."

Two of the funniest and unassuming characters in the team, according to Kohli, are Hardik Pandya and Shikhar Dhawan. 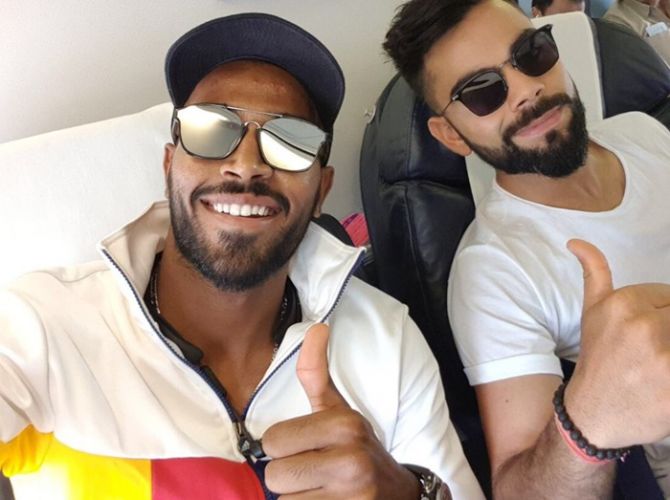 "Hardik Pandya carries Ipod but it only has English songs downloaded. He doesn't know even five words of any of those English songs. He just wants to groove to the beat.

"Hardik is an entertainer. I have not seen a man more lost in his own world (uske jaisha khoya huwa aadmi main zindagi mein naahi dekha)."

"He can just say anything. A few days back he was trying to refer to Ash (Ashwin). He said, 'Yaar woh Ravi Kashyap Ashwin kya bowling karta hain (He is Ravichandran). No control on what he speaks but the most clean hearted individual."

Talking about Dhawan, Kohli recalled a hilarious incident during their Ranji Trophy days.

"It was a Ranji game. Our wicketkeeper was Puneet Bisht, Shikhar was standing at first slip and I was at second slip.

"During that match a new player had come into the team and would always come to me and say what a great bat, what great shoes. Always I would find him standing behind me in the dressing room. This irritated me.

"Now while fielding I told Puneet that I find this guy irritating. Puneet told me that I know but you know he is not a bad guy.

"Ab hamare Shikhar Dhawan ne apna jaadoyi deemag chalaya. He said, 'I guess he wants to come in your notebook'!

"I asked Shikhar 'Notebook'?? What's that? Shikhar now says: 'It's that book which everyone wants to come into'. 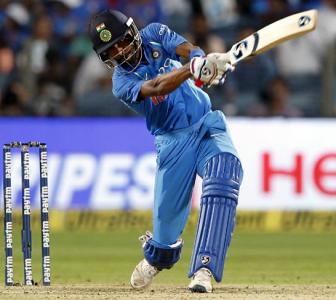 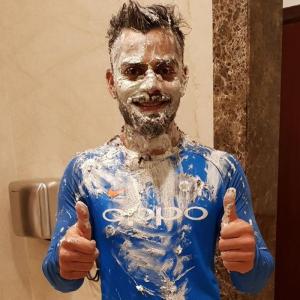