Kiwis fast bowlers Matt Henry and Lockie Ferguson took three wickets each in seamer-friendly conditions as Sri Lanka were dismissed for just 136 on the way to a 10-wicket defeat. 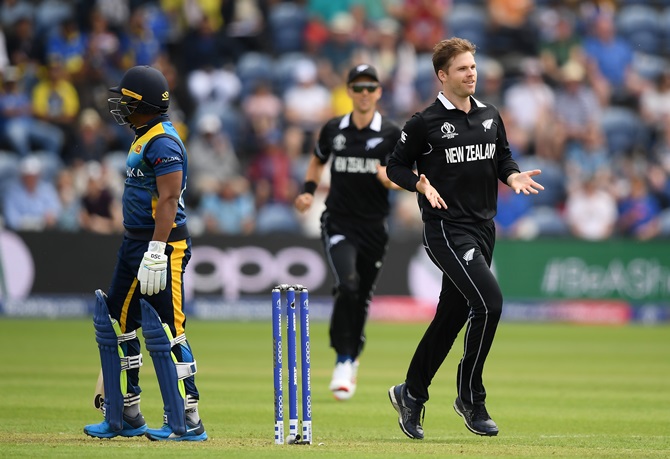 New Zealand batsman Martin Guptill says their pace attack have forged a blueprint they will seek to follow for the rest of the World Cup after dismantling the Sri Lankan batting order in Saturday's opening win in Cardiff.

Kiwis fast bowlers Matt Henry and Lockie Ferguson took three wickets each as the pair made full use of seamer-friendly conditions in the opening hour to spark a batting collapse as Sri Lanka were dismissed for just 136 on the way to losing by 10 wickets.

Guptill and Colin Munro made light work of the chase but it was the pace attack that could make a difference as New Zealand bid to go one better after losing to Australia in the 2015 final.

"You want to build that momentum early at a major event and today we did that," Guptill, who finished with an unbeaten 73, told a news conference.

"If we bowl first in the next few games, we’ll back ourselves to make it difficult to score on the back of this performance. The beauty about our guys is they can exploit conditions quite regularly.

"If we're then able to keep coming out and playing with a bit of freedom with the bat, we're going to have a pretty successful tournament."

Guptill hailed Henry's spell of 3-29 which saw him strike twice in the ninth over to remove Kusal Perera and Kusal Mendis and expose the Sri Lankan middle order.

Henry, who took the new ball instead of the injured Tim Southee, faced criticism after conceding 109 in nine overs against West Indies in a warm-up game earlier this week.

"Matt had a tough time against the West Indies... but bowling to that lot is pretty difficult," said Guptill. "They can put you out of the park pretty readily.

"Having seen him put the ball in the right areas for long enough, it's good to see him get the rewards he deserves."

© Copyright 2020 Reuters Limited. All rights reserved. Republication or redistribution of Reuters content, including by framing or similar means, is expressly prohibited without the prior written consent of Reuters. Reuters shall not be liable for any errors or delays in the content, or for any actions taken in reliance thereon.
Related News: Matt Henry, Martin Guptill, Lockie Ferguson, Sri Lanka, New Zealand
SHARE THIS STORYCOMMENT
Print this article 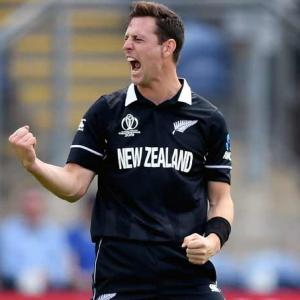 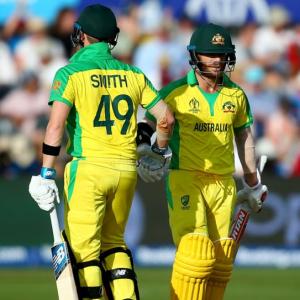