'Jofra is amazing. He just makes good batters do different things, that pace he has is incredible,' says the pacer's England teammate Moeen Ali. 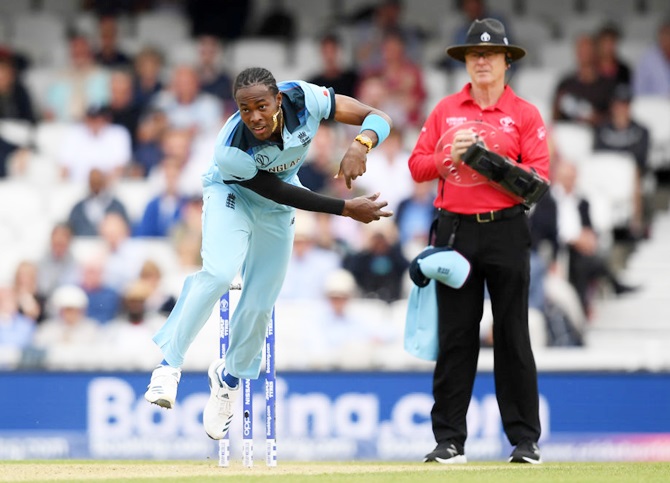 Moeen Ali revealed that Jofra Archer is the fastest bowler he has ever faced after watching the England newcomer rip South Africa apart at The Oval.

The right-arm quick catapulted himself into the England squad on the eve of the ICC World Cup and had only made three ODI appearances before tackling the Proteas. But, touching speeds of 94mph, he accounted for Aiden Markram, captain Faf du Plessis and Rassie van der Dussen to finish with 3/27 on his World Cup debut. He also bowled a sharp bouncer that hit opener Hashim Amla on the head, forcing him to retire hurt.

The South African veteran returned later in the innings but the damage by that point had already been done.

Ben Stokes’s stunning catch later snatched the headlines away from Archer but Moeen – who has come up against lightning fast bowlers such as Mitchell Johnson, Tymal Mills and Wahab Riaz in his career – is fully aware of how dangerous he is.

“Jofra is amazing. He just makes good batters do different things, that pace he has is incredible. He is the fastest I have ever faced,” he said.

“It is unbelievable. He gives us that something else, he can win you games even if he goes for a few runs.

“Knowing you have him in your side makes a big difference.”

Ranked first in the word, the pressure was on England at The Oval and they got off to a disappointing start – losing Jonny Bairstow to just the second ball of the tournament when he nicked leg-spinner Imran Tahir behind. Yet they recovered to post 311/8, thanks to four players making half-centuries, led by Stokes’s 89. That appeared to be about par at the interval but Archer’s express pace, along with the savvy spin of Moeen and Adil Rashid, saw off South Africa for 207.

The hosts next face Pakistan at Trent Bridge and Moeen says they can now relax after getting through their first major test.

“I felt, losing the toss and with it being a 10.30 start, that there was a lot of pressure. More than we have ever faced. We would have liked to have chased,” he said.

“To bat like that showed we really adapted to the wicket and it was great, I thought the guys did really well on what was a tough wicket.

“Everyone was a bit nervous. I was on the balcony watching and I think the pressure with being the home side and the No.1 side in the world was always going to be on.

“The guys played really well, it was a massive win for us. At one point, we were thinking 260 or 270 would be a good score and then we ended with 310. We are delighted.” 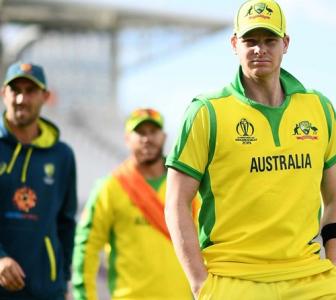 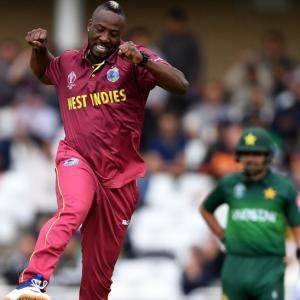 I am fast bowler, says annoyed Russell after big win