West Indies unveil World Cup tactic: When in doubt, bounce them out

'We just want to be aggressive with whoever we're playing against' 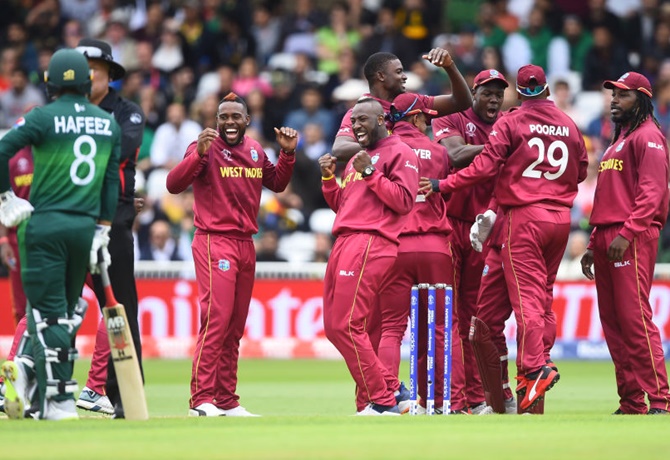 West Indies captain Jason Holder has backed his aggressive pace attack to make a major impact at the World Cup after they dismantled Pakistan in their opening win at Trent Bridge on Friday.

In a performance evoking memories of the team's heyday in the 1980s, the Windies quicks led by Oshane Thomas harassed Pakistan with fiery bouncers in bowler-friendly conditions to dismiss them for their second-lowest World Cup total of 105.

Thomas finished with 4-27, while Holder and Russell shared five wickets between them to send an early warning to their World Cup rivals.

"We just want to be aggressive with whoever we're playing against," Holder told a news conference. "If you aren’t picking up wickets then you are never going to contain teams."

"We go through the players on the opposition and just try to formulate our plans."

Holder was particularly impressed with the contribution of all-rounder Russell, playing his first ODI since July last year and who returned to the squad after a revamp of their selection policy.

Russell removed opener Fakhar Zaman with a brutal bouncer that hit the batsman's helmet and crashed into the stumps, and soon after had Haris Sohail caught behind with another vicious delivery.

"Yeah, his spell had great impact. It started the slide for Pakistan, and again, he's one of those players that runs in and gives it his all," Holder added.

"He has a lot of force going through his body and he's one of those players that he will give you 110 percent every time he steps up to the plate."

Holder confirmed, however, that Russell was a doubt for their next match against Australia on Thursday after he limped off the field with an ongoing knee problem.

© Copyright 2020 Reuters Limited. All rights reserved. Republication or redistribution of Reuters content, including by framing or similar means, is expressly prohibited without the prior written consent of Reuters. Reuters shall not be liable for any errors or delays in the content, or for any actions taken in reliance thereon.
Related News: Jason Holder, Russell, ODI, Pakistan, Oshane Thomas
SHARE THIS STORYCOMMENT
Print this article 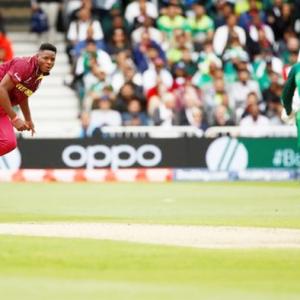 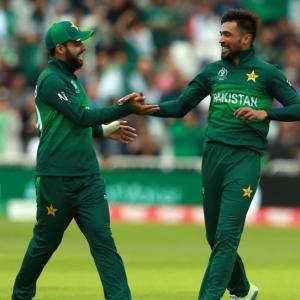