IMAGE: Ravindra Jadeja is popular for his trademark sword celebration where he swings his bat like a sword. Photograph: BCCI

Jadeja had shared a video on Instagram, on Sunday, to show off his trademark swordsmanship. However, taking the note of the grass in Jadeja's lawn, Vaughan replied: "Your grass needs a mow rockstar".

Jadeja had earlier shared a video and wrote," A SWORD MAY LOOSE IT'S SHINE, BUT WOULD NEVER DISOBEY IT'S MASTER #rajputboy." The left-handed batsman was be seen displaying various moves with the sword in the video.

The cricketer is very-well trained in swordsmanship. He is also popular for his trademark sword celebration where he swings his bat like a sword.

Australian batsma David Warner commented on Jadeja's video, saying, 'how good', using some laughing emoticons. A few days ago he had shared a throwback video from the last year's Indian Premier League (IPL) in which he can be seen swinging his bat like a sword.

The SunRisers Hyderabad skipper was swinging the bat like a sword for a commercial and he immediately breaks into laughter once the director says cut. Warner had also asked the fans to give their opinion on as to how he did as compared to Jadeja.

With the country battling COVID-19, all sporting activities have been either postponed or stand cancelled. The upcoming Indian Premier League (IPL) has also been suspended till April 15. Jadeja is part of the IPL franchise Chennai Super Kings. 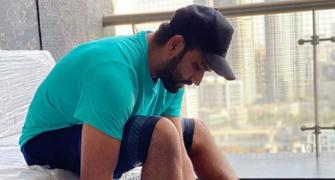 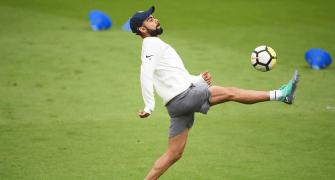 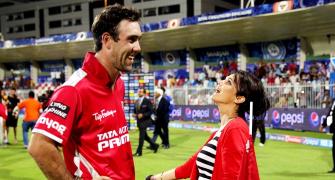 'IPL can be held without crowd, T20 World Cup can't'