'We have real spin power, so, hopefully, we can get the job done tomorrow.' 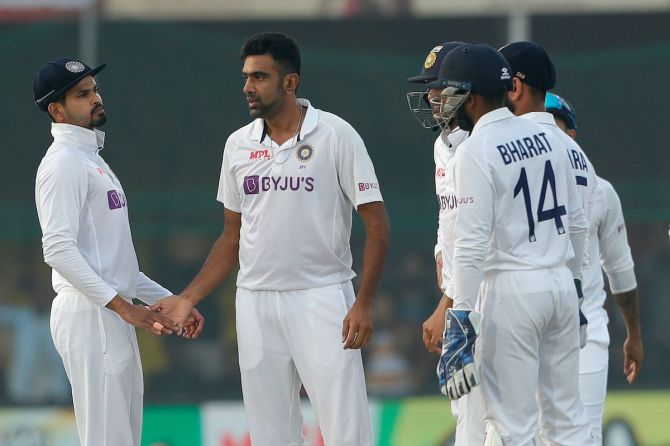 The declaration may have come a tad too late owing to the team management's assessment of the Green Park pitch as unresponsive, but debutant Shreyas Iyer is backing his spinners to secure an Indian victory on the final day of the opening Test against New Zealand.

India declared their second innings at 234 for 7, having extended their overall lead to 283 runs on the fourth and penultimate day of the match.

In the four overs that were possible before bad light forced early stumps, Ravichandran Ashwin dismissed Will Young to leave the Kiwis at 4-1 and an improbable task of chasing down a record score in the country since the West Indies' 276 for 5 way back in 1987.

"To be honest, there wasn't much happening on the wicket. We needed to get to a competitive total, maybe around 275-280," Iyer said at the end of the day's play.

Iyer followed up his first innings century with a 65 in the second to signal his arrival on the Test arena with a bang.

"The talk was to get to a competitive total and I feel that it's a really good total. We have real spin power, so, hopefully, we can get the job done tomorrow. We have spin power.

"We have to have faith in our spinners and know they can really put them under pressure on the final day," Iyer said.

The Mumbai batter though added that the team would also have been content with anything above 250.

"I thought 250-odd including the lead was more than enough on this wicket, and fortunately we got some more."

His innings bailed the team out from 51 for five in the second innings. He had faced a similar situation during a make-or-break Ranji fixture against UP at the same venue seven years ago. He prevailed then, and he prevailed on Sunday, too.

"I have been in these situations before, but not with the Indian team. I used to do this in Ranji games. The idea was to play session by session. I was aware I am the first Indian to score a century and a fifty.

"In the end we have to win the match, and that would be the most important thing for me. Rahul sir said that I need to stay out in the middle for as much as possible and build on the score," he said.

"Mindset was to play the session and play as many balls as possible. I wasn't thinking too far ahead, was just focusing on the present," Iyer said. 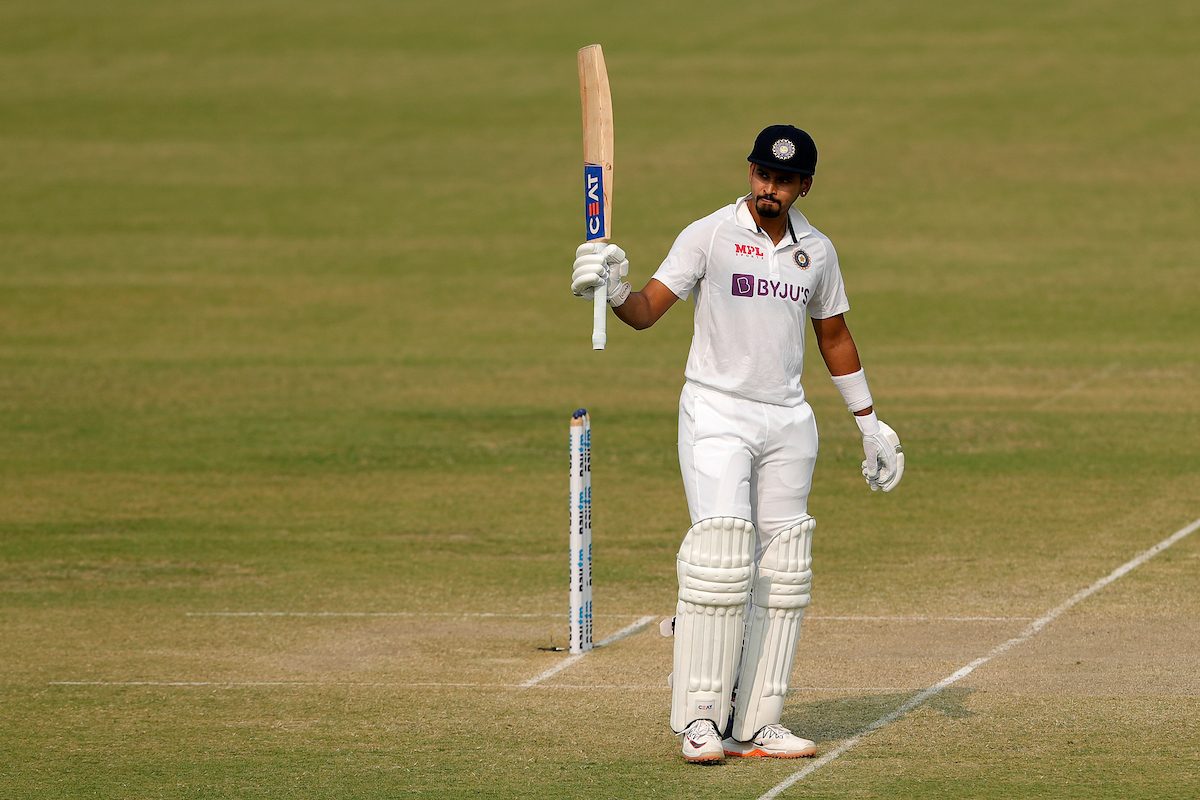 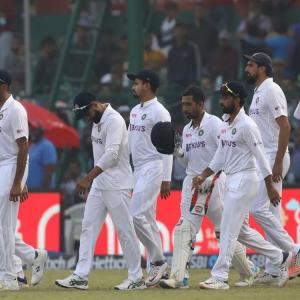