Delhi Daredevils's young batsmen Shreyas Iyer proved a big hit and was worth every penny spent on him in the recently-concluded Indian Premier League. 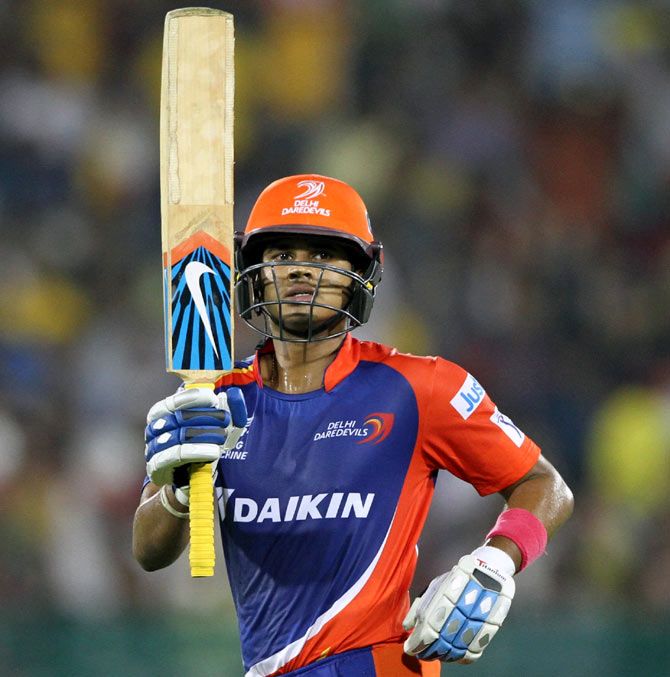 Bought by the franchise for Rs 2.6 crore at the IPL Players' Auction, he was one of the standout performers in the just-concluded eight edition of the Twenty20 tournament, scoring 439 runs from 14 matches, including four half-centuries.

However, Yuvraj Singh, his Delhi teammate, was one of the biggest flops.

The former India batsman was bought for a massive Rs 16 crore but had only 248 runs to show from the 14 matches he played.

At the end of IPL 8, Rediff.com looks at what value some of the players bought at the Players' Auction gave for the money spent on them. 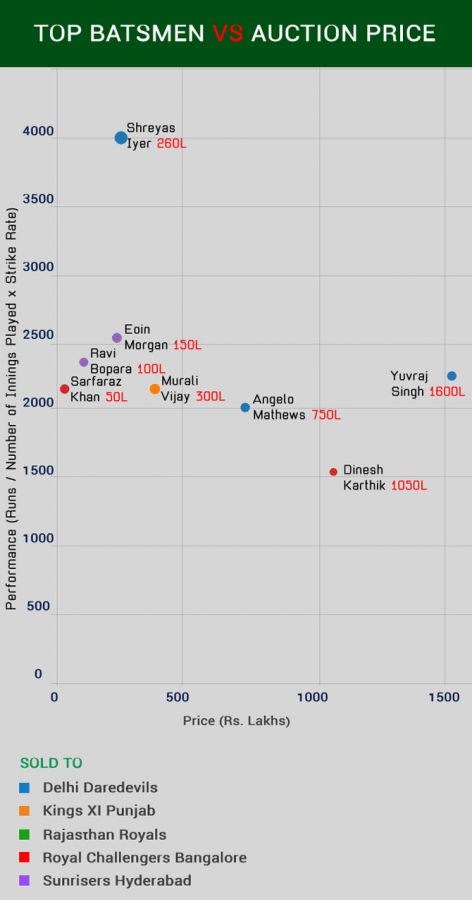 Among the bowlers, veteran spinner Brad Hogg emerged the pick of them.

The 44-year-old Australian came in cheap at Rs 50 lakh but made a big impact for Kolkata Knight Riders, especially in the absence of Sunil Narine for a few matches during the tournament. The left-arm Chinaman bowler took nine wickets in six matches, at an impressive economy rate of 6.85.

Mitchell McClenaghan was the other major performer with the ball. He played an integral part in Mumbai Indians's IPL triumph, taking 18 wickets from 12 games, after being bought cheap at the auction, for just Rs 30 lakh.