Kohli went on to say that not only him, other players have also learnt immensely from Shastri Indian captain Virat Kohli, on Thursday, staunchly supported Ravi Shastri, saying the growing perception of head coach being a 'yes' man to the skipper 'is the most bizarre thing he has ever heard'.

"That is the most bizarre thing I have heard. In Indian cricket, I don't think there is anyone else who has said no to me more than him honestly. He is one guy I can speak to and can get an honest opinion. I have made more changes to my game listening to him than anyone else in the past," said Kohli before the team's departure to Australia.

"These are very personal things that happen within in a team environment. Things that conveniently need to be put out there will be put out there. We are not going to put up a banner and say 'this is what happens in the Indian team'. As long as our heart is clear and intent is right, we want to keep moving forward."

The 30-year-old spoke on a range of issues facing the team ahead of the squad's departure to Australia where it will play three T20s, four Tests and three ODIs starting November 21.

Kohli went on to say that not only him, other players have also learnt immensely from Shastri.

"His contribution ever since we started building this team is making people believe that they belong there. We all went through a tough time in 2014 (the England tour) and for me to able to come out of that, and Shikhar (Dhawan) in the 2015 World Cup, he can vouch for that. He (Ravi bhai) knows how to get the best out of the players," said Kohli.

"It is mostly about man management at this level and Ravi bhai has done that brilliantly. People are entitled to their opinion. We have to live our lives. We can't stop doing things which take place organically. Nothing is happening in a fake way.

Batting let the team down in South Africa and England, leading to a back-to-back series defeats. With Australia without the suspended Steve Smith and David Warner, India have a good chance of recording a maiden series win in Australia. But Kohli is not looking too far ahead.

"There is a lot of room for improvement. That is something we realise as a team also. We understand what we need to work on so it is up to the individuals to take ownership of that," said Kohli, referring to the batting especially.

"There were lot of things we discussed after England, on what went wrong. We felt there was not a lot that we did wrong but whatever was not right went extreme. We played good cricket but the mistakes were also very extreme.

"How to control the game is something we need to work on. We have to find a solution in tough situations rather than feeling that it would appear from somewhere."

On the contrary, the bowlers did well in the last two away tours but Kohli said all departments must fire in unison to achieve a series win.

"From the last time we went there (to Australia), fitness levels of the bowlers are surely up, which is the most important factor in Australia. The pitches can get boring at times, the Kookaburra doesn't do much. So, it is about maintaining the pace with which you start your day."

He cited the example of South Africa, who are one of the few teams to win a Test series in Australia in recent times.

"That is why South Africa have done well. They had Mornie Morkel, Jacques Kallis, Dale Steyn and now Kagiso Rabada. They have relentlessly bowled in the right areas to get those wickets. Our guys are surely capable too to do a similar kind of job but I don't want to focus on that. The batsmen need to step up as well.

"We have spoken as team after England on putting up a complete performance. Everyone is keen to correct those things. People have to take more ownership especially the batsmen. The whole combination has to come together to win series and not just one Test."

The captain reiterated that importance of lower-order scoring runs.

"Definitely, the lower-order contribution is crucial. It made the difference in the England series."

"Apart from Lord's, we were not bundled out in one session. We batted well in patches. What happens is that when you have a bad session with the bat, you could end up losing the game and that can dent you mentally. The challenge is to overcome that.

"When you play overseas, they are not going to let you dominate. We have to understand how to control the situation (after a collapse). And if that happens in any case, we should know how to refresh rather than pile it on in our heads. So we need to focus on staying in the present and not think of anything else," Kohli added. 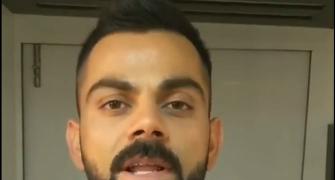 Kohli starts 'movement' to back women's team at WT20 C'ship 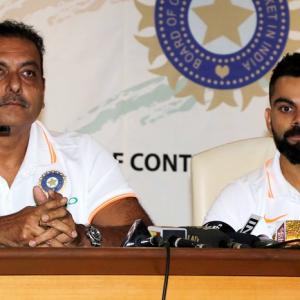