News
Business
Movies
Sports
Cricket
Get Ahead
Money Tips
Shopping
Sign in  |  Create a Rediffmail account
Rediff.com  » Cricket » If IPL happens, it will be a truncated one: BCCI chief Ganguly

If IPL happens, it will be a truncated one: BCCI chief Ganguly

BCCI president Sourav Ganguly on Saturday made it clear that the 13th edition of IPL will be a truncated one if the coronavirus pandemic subsides but could not commit on the number of matches under the current circumstances.

The BCCI on Friday suspended the IPL from March 29 to April 15 due to government-imposed travel restrictions and refusal of three states to host any matches owing to the pandemic that has so far claimed more than 5000 lives and infected close to 1,50,000 people globally.

The extraordinary situation prompted the Board's top officials to meet the eight franchise owners on Saturday and explore various options, including organising a curtailed tournament.

Asked if the cash-rich event could be a curtailed one, Ganguly said, "It will happen, because if it is April 15, then, in any case 15 days are gone, it has to be truncated. How truncated, how many games, I can't say at the moment."

The BCCI chief reiterated that safety is their top priority, a day after the IPL was postponed and the three-match ODI series between India and South Africa was also called off.

"We will monitor further. Safety is most important and with the current situation with what is going around the world and in India, with government directives, we have even postponed the remaining domestic matches."

Earlier in the day, Kings XI Punjab's Ness Wadia said he doesn't know when the T20 event will commence.

"We cannot and no one, you know, is in a position today to say when it's going to start. We will review the situation after two to three weeks. And hopefully by then the cases will reduce," Wadia said after the meeting with Ganguly and BCCI secretary Jay Shah at the BCCI head office in Mumbai.

Around six to seven options were discussed during the meeting between BCCI officials and the IPL team owners.

In India, there have been two deaths and more than 80 positive coronavirus cases, resulting in a government directive to shut the fans out of sporting events to avoid large gatherings, which eventually led to a postponement and even cancellation of many sports events.

Ganguly said the situation will be assessed every week.

"We met with the owners, to tell them how it can happen and where do we stand at the moment. At the moment, it is just postponed. We will assess the situation," he said.

"It will be reassessed every week. I can't say at the moment (about a deadline). I has to be worked around. As much as we want to host the IPL, we also need to be careful about the security."

Asked if there are any backup plans for the IPL, the former India captain said, "I can't say anything at the moment, allow us a week, let's see how it goes around the world."

The decisions to postpone the IPL and the ODIs against South Africa were taken hours after the Delhi government on Friday suspended all sporting activity in the national capital due to the ever-growing health crisis.

Delhi is home to the Delhi Capitals IPL franchise.

"The second option right now is that teams could be divided into two groups of four and then top four go into the play-offs. The third option is increase of double headers (played on weekdays)," a BCCI source informed.

The fourth option is holding all matches in just a couple of centres with restricted movements of players, support staff and TV crew.

Another alternative is to play behind closed doors and have all the 60 games in a shorter time frame which will ensure that the stakeholders do not lose out truckloads of money.

The source also confirmed that shifting the tournament abroad was not discussed at all in the meeting.

"BCCI, IPL and (official broadcaster) Star (Sports) are clear that we are not looking at financial loss," said Wadia.

"At the meeting everyone agreed that human beings come first and finance comes second. We are here to adhere to governments directives," he added.

"No decision can be taken until there is clarity. Clarity will only be in two-three weeks. As far as your next question is will foreign players come on? I don't know. There is a ban till the April 15 and then we'll see."

Delhi Capitals owner Parth Jindal tried to downplay the discussion on options and said that there will be another meeting later to discuss other modalities.

When asked whether there will be more double-headers this season, Jindal said, "We didn't discuss anything, we need to assess the situation and the health and safety of public is most important consideration." 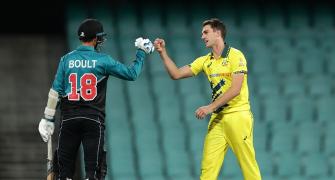 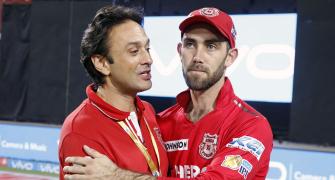 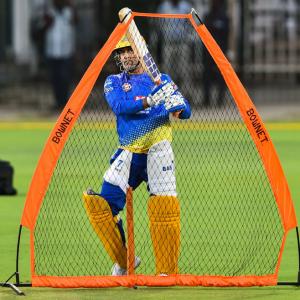