IMAGE: Jonny Bairstow was on fire and brought up his 6th IPL fifty against the Kolkata Knight Riders on Sunday, April 11, 2021. Photograph: Indian Premier League/Twitter

With 188 needed for victory it was obvious that SunRisers Hyderabad had to get off to a fiery start.

And although Wriddhiman Saha starting off the innings with a six off Harbhajan Singh in the opening over, SunRisers were pushed on the backfoot with Captain David Warner's dismissal in the very next over.

Saha followed Warner in the pavilion and SunRisers now had two new batsmen at the crease in Manish Pandey and Jonny Bairstow.

Jonny and Manish took a couple of overs to settle down before they stepped on the accelerator. They took a fancy to left-arm spinner Shakib-Al-Hasan who they hammered for runs in his consecutive overs.

Bairstow then took the lead and went after big Andre Russell, whom he clobbered for 15 big runs courtesy two fours, a six and a single.

With victory on his mind, Bairstow went after all the bowlers. He brought up his 6th IPL 50 off just 32 balls with a six off Varun Chakravarthy.

Although SunRisers were 100 for 2 in 12 overs, 88 runs off 48 balls was never going to be out of reach, especially with Bairstow batting the way he was.

But his dismissal off Pat Cummins in the 13th over turned the game in KKR's favour.

Although Pandey fought till the end along with Mohammad Nabi, Vijay Shankar and Abdul Samad, all who hit some lusty blows, Bairstow's presence deep in the match could have taken Hyderabad across the finish line. 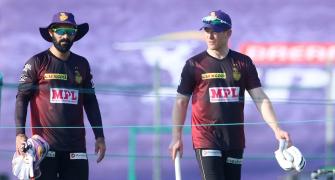 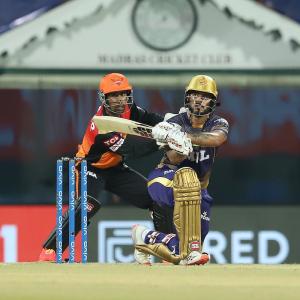 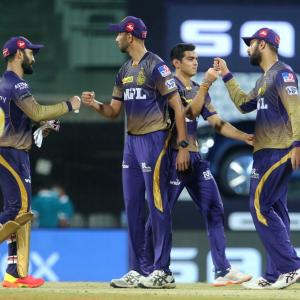