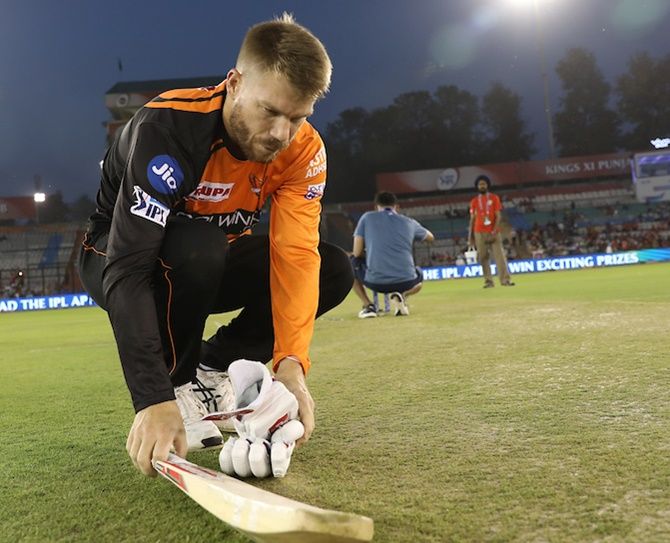 IMAGE: Warner has been a lightning rod for criticism for his aggressive behaviour on the field. Photograph: BCCI

David Warner will be driven to prove his worth to Australia when he returns to the side but will need to check his ego at the door as he is no longer an indispensable part of the team, former South African captain Graeme Smith has said.

The 32-year-old received a 12-month ban from international cricket in March last year for his role in a ball-tampering scandal in South Africa.

Warner, who has notched up 349 runs and scored one century and three half centuries in six matches for the Indian Premier League's Sunrisers Hyderabad, is set to be named in Australia's squad for the May 30-July 14 Cricket World Cup in England.

"I think at the moment he needs Australian cricket more than they need him," Smith told Australian television show The Back Page on Fox Sports.

"He's very driven, I think he wants to do well, he wants to prove his worth again and I think David Warner in that position is probably a good guy to have in your environment."

"It's when he starts to get bigger than everybody else that probably management needs to be ready for (that)."

"Guys like (coach Justin) Langer and whoever is captaining the side going forward need to ensure they stay on top of that and manage that space and that ego well going forward."

Warner, identified as the main instigator in the ball-tampering scandal, has also been a lightning rod for criticism for his aggressive behaviour on the field, especially in his sledging of opponents.

He was captured on closed-circuit television confronting South Africa's Quinton de Kock as they walked off the field during a test in Durban after the wicketkeeper responded to a barrage of personal abuse during the day.

"He's always been an incredible cricketer," said Smith. "He bats with that driven nature, that intensity, ego to perform."

Aside from his batting expertise, however, Warner also had a talent for rubbing people up the wrong way, he added. 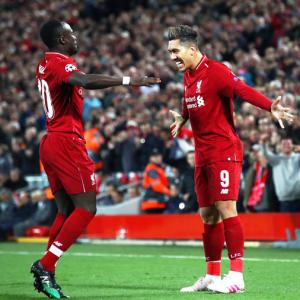 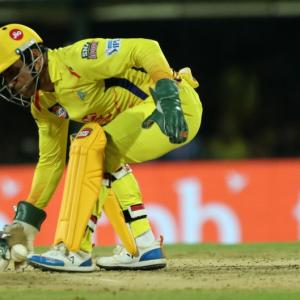