Images from the IPL 2022 Qualifier 2 between Rajasthan Royals and Royal Challengers Bangalore, in Ahmedabad, on Friday. 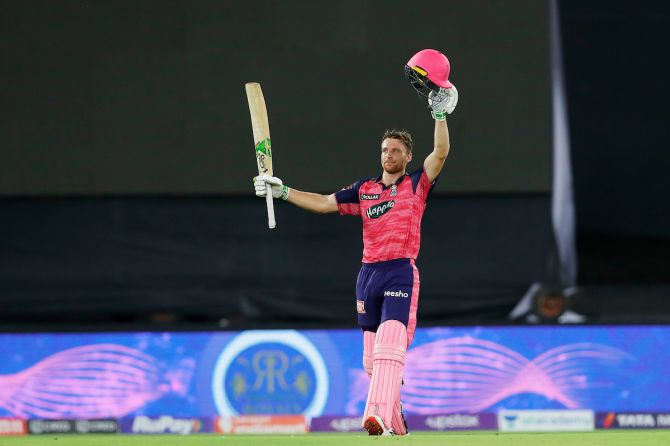 Jos Buttler extended his dream run this season with a record-equalling fourth hundred as Rajasthan Royals produced a ruthless performance to beat Royal Challengers Bangalore by seven wickets in Qualifier 2, in Ahmedabad on Friday, and reach their first IPL final.

Pacer Prasidh Krishna (3/22) came back strongly from the hammering he received in the last game against Gujarat Titans to help Rajasthan Royals restrict RCB to 157 for 8 despite a stellar 42-ball 58 from Rajat Patidar. 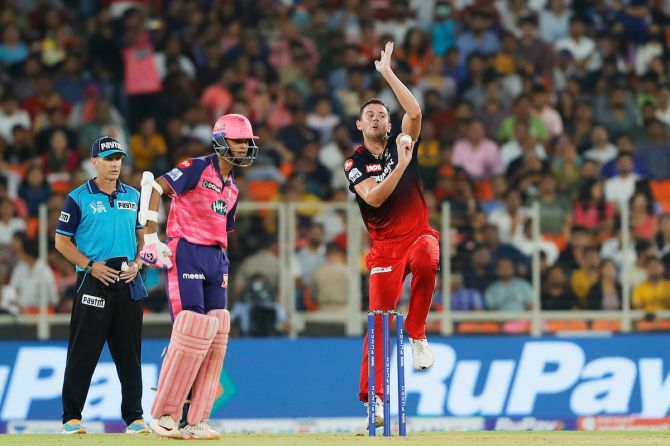 Buttler (106 not out off 60 balls), the leading run-getter of the tournament by a fair distance, then toyed with the RCB attack to ensure the Royals romped to victory in 18.1 overs. It was only fitting that he hit the winning runs, clobbering Harshal Patel for his sixth maximum.

With his special innings, Buttler matched Virat Kohli for most hundreds in a single season. Kohli achieved the feat in 2016.

Rajasthan Royals, who will take on IPL debutants Gujarat Titans in the final in Ahmedabad on Sunday, will be looking to emulate the special feat of the 2008 team which won the title under the inspirational leadership of the late Shane Warne in the inaugural edition 14 seasons ago. 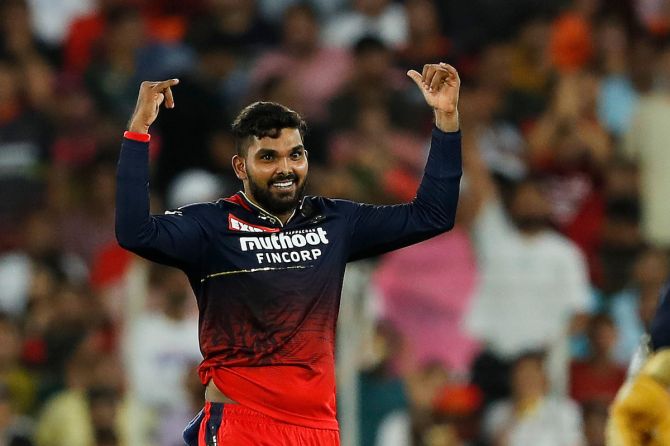 The pitch offered extra bounce, but after Buttler provided a flying start in the company of Yashasvi Jaiswal (21 off 13 balls), the Royals had the game in the bag.

RCB, who raised hopes of a long-awaited title with a resurgent run, committed too many errors after Royals put them in to bat. 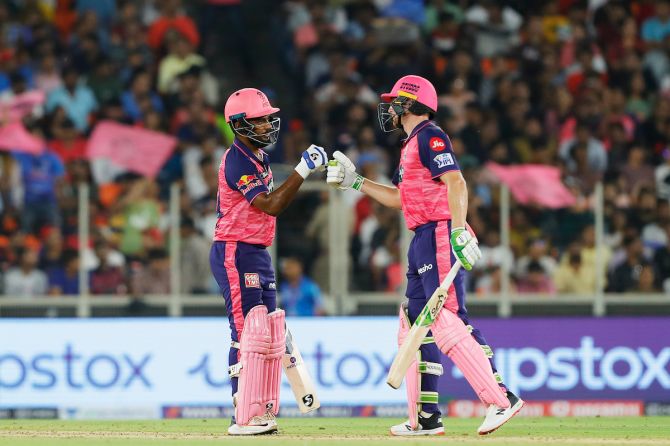 After a below-par batting effort, their bowlers ran out of ideas against a marauding Buttler. Mohammad Siraj ended a forgettable IPL campaign on a dismal note. He leaked 31 runs in his first two overs, allowing the Royals to run away with game.

Buttler crossed the 800-run mark this season and dispatched bowlers to all corners in his match-winning effort, comprising sixes and fours.

Jaiswal, who smashed Siraj for two sixes and a four in the opening over, too played his part as the Royals raced to 67 for 1 in the power-play. 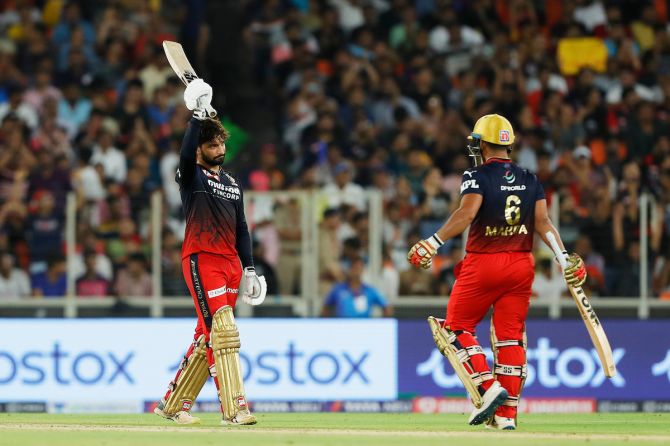 Earlier, pacer Prasidh Krishna came back strongly from the hammering he received in the last game to help the Royals restrict Royal Challengers Bangalore to 157 for 8.

Patidar extended his stellar run in the IPL with a 42-ball 58 but his effort was the lone bright spot of the RCB innings as the other batters struggled on a pitch that offered extra bounce to the pacers.

Royals gained the upper hand by taking five wickets in the last five overs that went for only 34 runs. 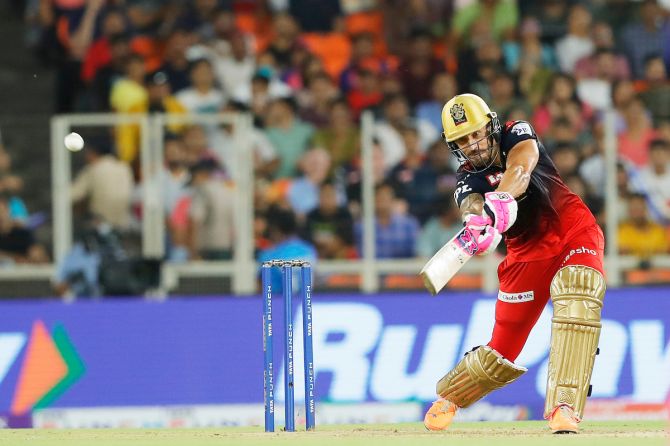 After smashing a sensational hundred in the Eliminator, Patidar played with supreme confidence after high-profile openers Virat Kohli (7) and Faf fu Plessis (25) failed to come up with impactful knocks.

Rajasthan Royals' pace duo of Trent Boult (1/28) and Krishna (3/22) were impressive throughout the innings.

While Boult got his in-swingers going in the powerplay, Krishna, who had a horror night against Gujarat Titans in Qualifier 1, got the ball to rise sharply from good length.

Kohli started with a spectacular six off Boult, a whip over deep square leg, before falling to a loose shot off Krishna. It was a wide ball that rose sharply and Kohli played away from his body to edge it to the wicketkeeper. The extra bounce contributed to his dismissal.

Patidar joined du Plessis in the middle and again played as if he was batting on a different surface. He was dropped by Riyan Parag at backward point early in the innings after he collected two fours off Krishna in the same over. Both were delightful strokes, the first being a cracking cut shot before a stunning back-foot punch between the cover and backward point.

He also went after star spinners Ravichandran Ashwin and Yuzvendra Chahal in the middle overs and brought up his fifty with a clean strike over long-off. 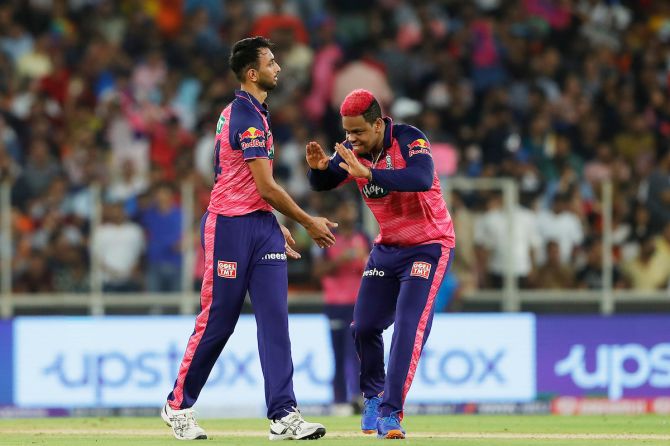 Glenn Maxwell hit a six against Ashwin and Chahal before Boult outsmarted him.

Boult invited him to pull over deep fine leg and the Australian failed to clear the boundary, Obed McCoy taking a brilliant catch.

The Royals bowlers were able to stifle RCB in the death overs.

Krishna, hammered for three straight sixes in the final over against Gujarat, lifted his game in the slog overs as well to dismiss the in-form Dinesh Karthik and Wanindu Hasaranga off successive balls. 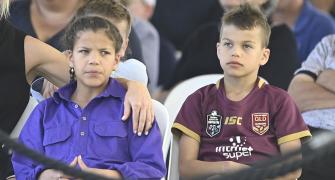 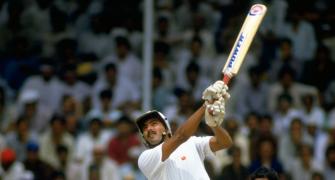 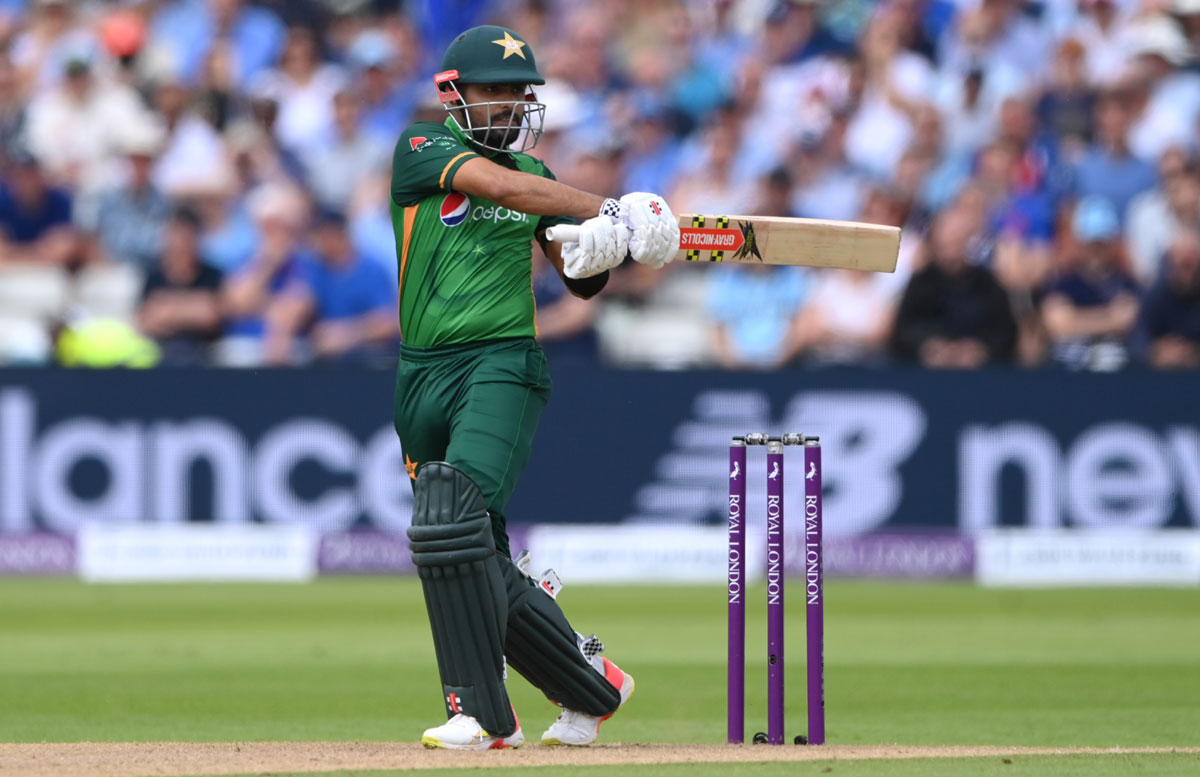 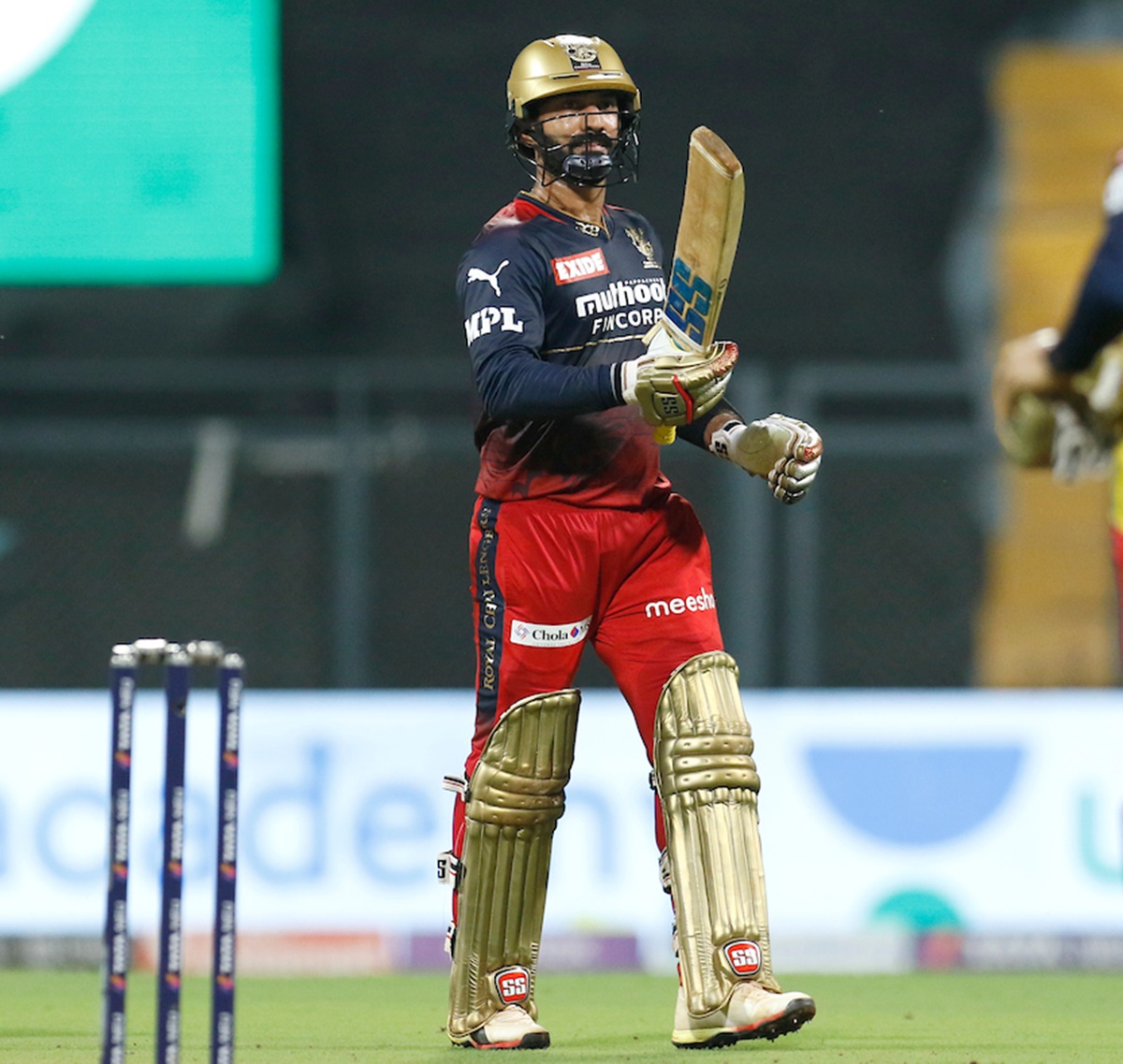