IPL PHOTOS: Sunrisers put all round show to dim lights on Punjab 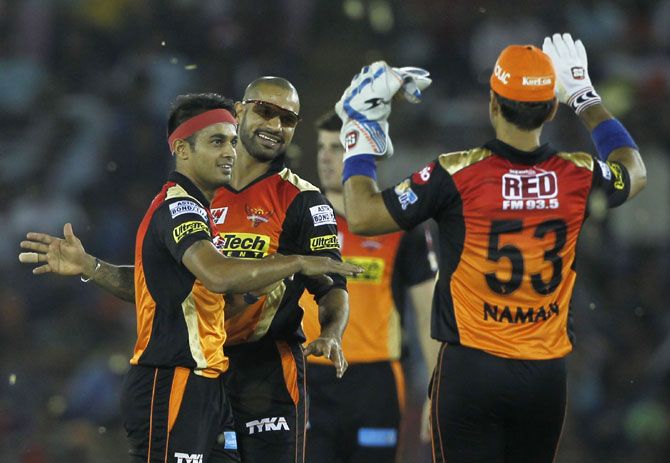 Sunrisers Hyderabad's top-order batted with aplomb before the bowlers delivered the goods as the defending champions registered an emphatic 26-run win over struggling Kings XI Punjab, in Mohali on Friday.

Half-centuries from openers Shikhar Dhawan (77), David Warner (51) and Kane Williamson (54 not out) propelled Hyderabad to a very challenging 207 for three after being asked to take the first strike.

The hosts were off to a flying start but losing intermittent wickets did not help their cause. All they could manage was 181 for nine, allowing Hyderabad consolidate their third position in the table.

Australian left-hander Shaun Marsh made good use of two lives to keep the defending champions nervous but once his whirlwind knock 84 runs was ended by pacer Bhuvneshwar Kumar, the win was a mere formality for Hyderabad.

At the start also when Martin Guptill (23) was going hammer and tongs, it was Bhuvneshwar who had dismissed the Kiwi cricketer to bring relief for his side. 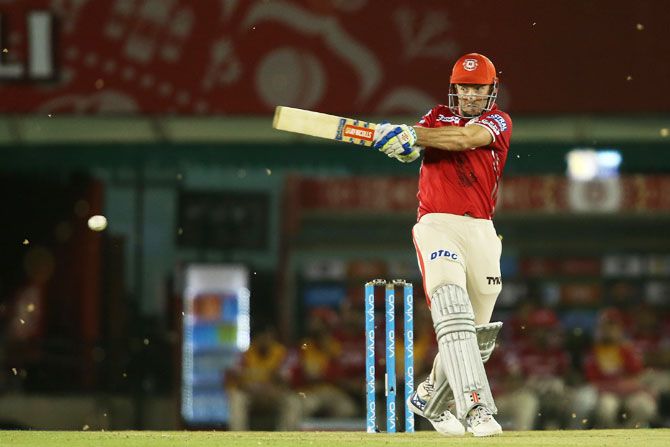 Bhuvneshwar, who has been the most impressive bowler this IPL season, continued to dominate the batsmen and his impeccable line and length at crucial juncture yet again proved a boon for his side.

Afghan spinner Rashid Khan was exceptional in the middle overs. He choked the Punjab batsmen with his superb control over line and length. He conceded only two runs in his first

12 balls which meant that the required run-rate mounted to 13.20 after 10 overs.

Overall, he gave away only 16 runs in his four-over quota and also dismissed dangerous Eoin Morgan. 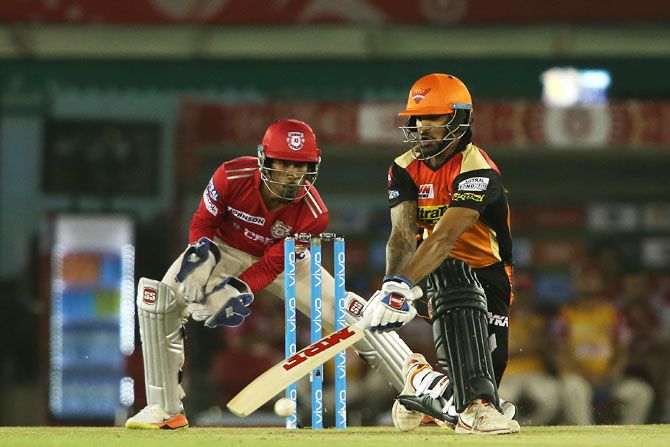 Earlier, opener Shikhar Dhawan hit a fluent 77 before Kane Williamson conjured up an unbeaten 54 to propel Sunrisers Hyderabad to a challenging 207 for three against Kings XI Punjab.

Home skipper Glenn Maxwell invited Hyderabad to bat but could hardly trouble the visitors who negotiated the attack with remarkable ease.

The platform for Hyderabad's second 200-plus total was set by the whirlwind 107-run stand between Dhawan and skipper David Warner (51).

After Dhawan and Warner did the job with their half-centuries, Kiwi batsman Williamson provided the finishing touches to Hyderabad innings with his fiery knock that came off just 27 balls. 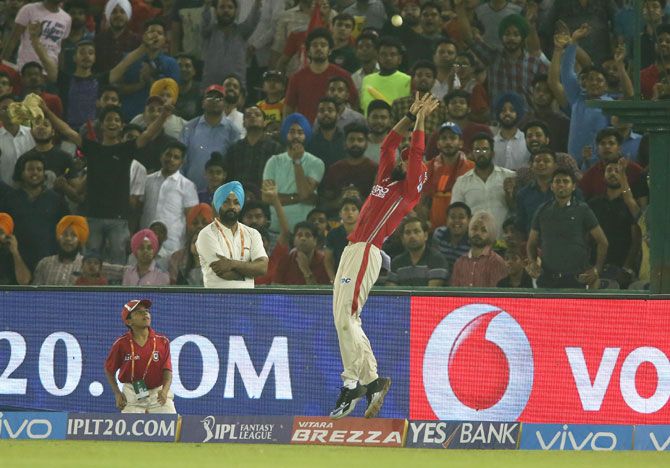 Dhawan and Warner struck the ball hard and clean, sending the fielders on a leather hunt even as the ball swung a bit initially, suggesting that pacers may dictate the terms.

However, none of the bowlers could make an impression with the two left-handers finding boundaries at will. The runs came at a good pace and Hyderabad had put on board 100 runs before the half-way mark.

Skipper Maxwell (2/29) introduced himself to the attack and succeeded in sending back his counterpart, who swept and missed only to see his stumps rattled. Warner's 51 came off just 27 balls with four sixes and and as many fours.

By that time the damage was already done and Hyderabad were set for a big total. Kane Williamson joined Dhawan at the crease and there was a period of 18 balls when no boundary was scored. 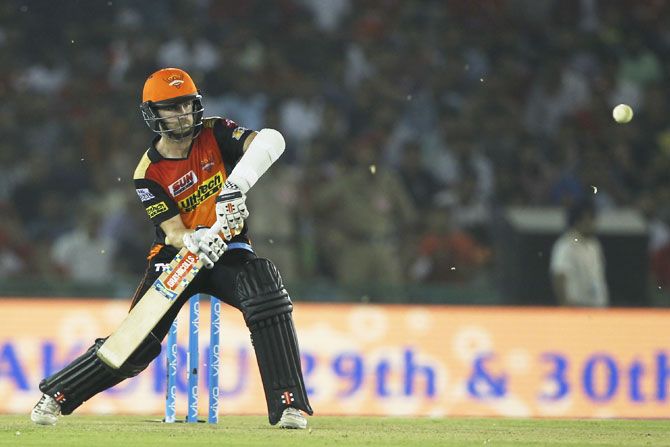 Mohit Sharma dismissed Dhawan, who holed out to Maxwell in the mid-wicket region. Dhawan took 48 balls for his knock which had nine shots to the fence and one over the ropes.

His fall brought Yuvraj (15) to the crease and the onus to exploit the good work done by the openers was on him and his Kiwi partner. However the left-hander could not contribute much, becoming second victim of Maxwell.

Williamson though ensured that Hyderabad cross the 200- run mark with his innings which was laced with six boundaries, including two sixes. 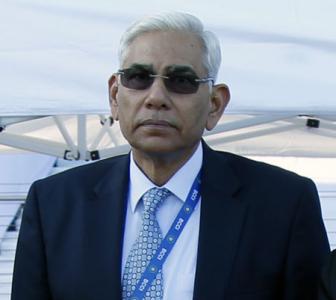 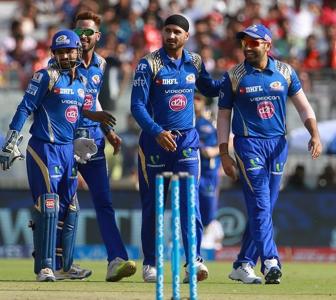 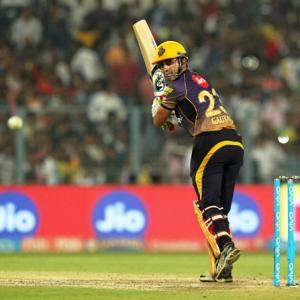 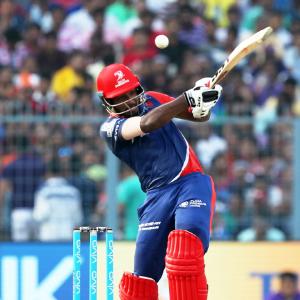