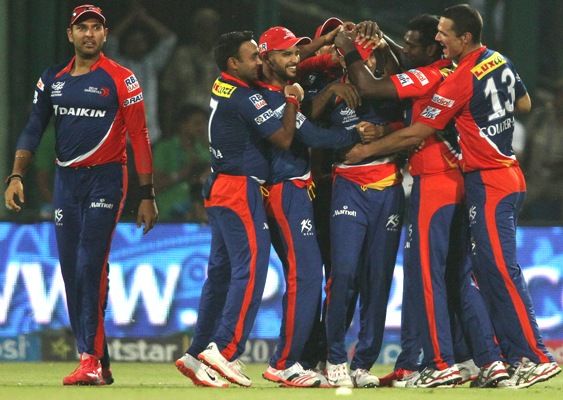 It was Delhi's first home win in 10 matches and in more than two years (and two days). After April 21, 2013, when they last won at the Kotla, Delhi lost nine matches on the trot at home.

Coming into this tournament per se, it was Delhi's third win from six matches, moving them up to the fourth spot on the table. On the other hand Mumbai's fifth defeat in six matches relegated them to the bottom of the table.

Chasing an improbable 191 to win, Mumbai could only manage 153 for nine in their stipulated 20 overs. 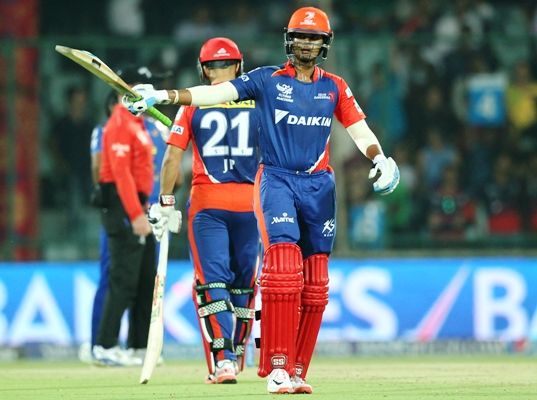 Shreyas Iyer of the Delhi Daredevils raises his bat after reaching his fifty. Photograph: BCCI

Earlier, put into bat, Delhi overcame an early blow to see big fifties from Iyer (83) and Duminy (78 not out) help the home team post 190 for four.

Mumbai-born Iyer, who hit seven boundaries and five sixes in his 56-ball stay, helped his captain add 154 runs for the second wicket.

It was Shreyas' second fifty of the season. He was particularly severe on Jasprit Bumrah (1-55), hitting the medium-pacer for a six and two fours to help Delhi get 16 runs off the 11th over. 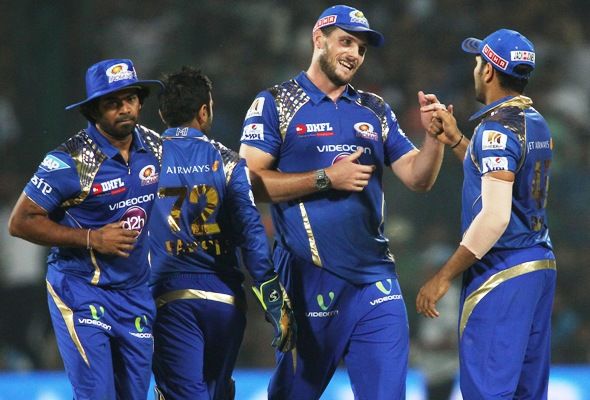 Mitchell McClenaghan of Mumbai Indians is congratulated by his captain Rohit Sharma for getting Angelo Mathews of the Delhi Daredevils out. Photograph: BCCI

New Zealand left-arm pacer Mitchell McClenaghan (2-38) struck in the very first over to send Mayank Agarwal (1) back. The opener pulled a shortish delivery only to be holed out at short mid-wicket, where Ambati Rayudu took the catch.

But after that it was an all DD show with Iyer and Duminy entertaining a good weekday crowd in a bid to end the team's nine-match losing streak at home.

The Kiwi returned to account for Angelo Mathews (17) and finish as Mumbai's best bowler. 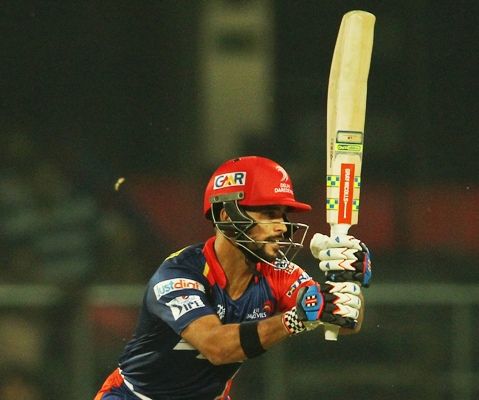 While Shreyas was aggressive, Duminy mixed with the right dose of caution and aggression, taking the attack to the opposition.

The South African's 50-ball innings was inclusive of three hits to the fence, and six over it.

When the need arose he didn't hesitate to cut loose. Like, in the 12th over, he changed gears hitting Kieron Pollard for a four and two sixes to fetch his team 20 runs.

Guilty of giving away too many runs in his four overs, Bumrah did get a consolation wicket of Yuvraj Singh (2) in the final over of the innings. The final six deliveries fetched only 10 runs for the home team as Duminy carried his bat through. 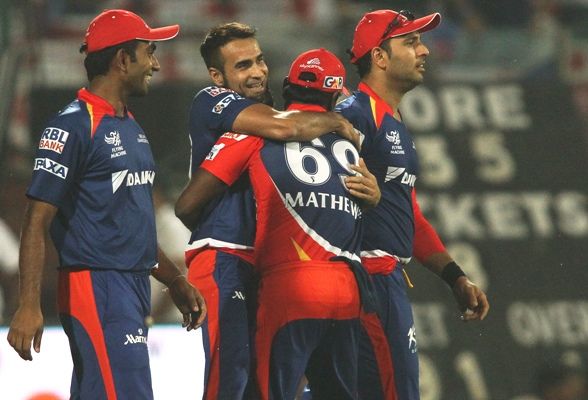 Imran Tahir of the Delhi Daredevils is congratulated by Angelo Mathews for getting Mitchell McClenaghan of Mumbai Indians out. Photograph: BCCI

The South Africa spinner's three-wicket hail, all coming in one over, helped take his tally in the tournament to 14, giving him sole possession of the purple cap.

Leg-spinner Amit Mishra (2-32) also got a couple of wickets, having Unmukt Chand (14) stumped and Kieron Pollard (10) mistime a slice to Shahbaz Nadeem at mid-on, to make the MI task difficult.

Captain Rohit Sharma (30) and Ambati Rayudu (30) then tried to get the chase on track, stitching a 49-run fifth wicket partnership.

But the Delhi fielders continued to take their catches as Nadeem took another neat skier at sweeper cover off Nathan Coulter-Nile to send Rohit back in the hut. The rest was a mere formality as Delhi enjoyed a comfortable win.