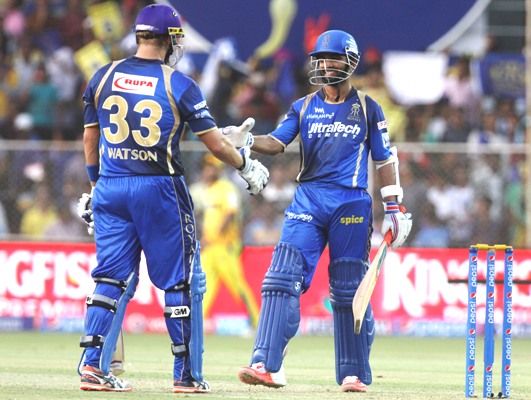 In a match-up between two unbeaten sides Rajasthan reached their target of 157, losing just two wickets en route, to inflict on Chennai their first defeat of the season.

Man-of-the-match Ajinkya Rahane (76 not out) and Shane Watson (73) added a record 144 for the opening wicket to make it a one-sided contest.

The stand was the highest, for any wicket, in this IPL, bettering the 131-run effort by Mumbai Indians' pair of Rohit Sharma and Corey Anderson against Kolkata Knight Riders, in what was the opening game of this season.

The previous best opening partnership for Rajasthan was the 135-run stand between Graeme Smith and Naman Ojha in Durban, South Africa in 2009.

During his innings, that contained six hits to the fence and two over it, Rahane (with 231 runs) also regained possession of the orange cap. Electing to bat in hot and testing conditions, Chennai lost early wickets. Looking to make full use of the powerplays in the first six overs, Brendon McCullum (12) fell to veteran leg-spinner Pravin Tambe (1-36) after he mistimed a pull to James Faulkner at mid-on.

Suresh Raina (4) was the next to go as Chris Morris (1-19) got the left-hander caught behind in the sixth over. Young left-arm spinner Ankit Sharma (1-26), who opened the bowling for the Shane Watson-led side, then got Faf du Plessis back in the dug out to reduce Chennai to 39 for three.

Dwayne Smith also struck a 29-ball 40 to give the much-needed boost to his side. But just when it looked that Smith, whose innings was laced with 3 fours and 2 sixes, will bail the visitors out of trouble with his big and powerful hitting, Rajasthan medium-pacer Faulkner (1-26) got the burly West Indian clean bowled just after the strategic time out post the ninth over. Dwayne Bravo counter-attacked with an unbeaten 62 to lift Chennai Super Super Kings to 156 for four.

Bravo, who brought up first fifty of the season in just 29 balls, smashed 8 fours and a six.

It was the West Indies all-rounder's first ever half century for Chennai. 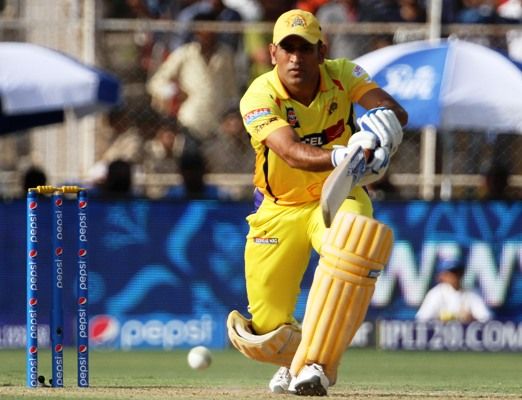 Captain Mahendra Singh Dhoni (31 not out) stitched an unbeaten 91-run (off 55 balls) fifth wicket partnership to give some respectability to the team total.

However, Dhoni was a tad slow in his 37-ball stay. 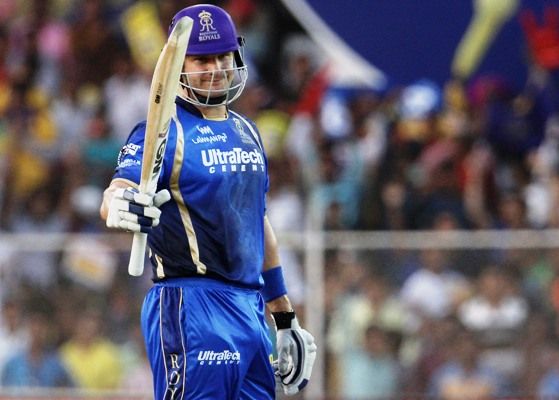 Chasing a below par total, the Rajasthan openers made a mockery of the Chennai bowling to ease to a comfortable win.

Watson, playing in his first game of the season, settled down well after a rusty start to score an aggressive half century.

The Rajasthan captain's 47-ball 73 was inclusive of six hits to the fence and four over it and he helped Rahane add 144 (off just 97 balls) for the opening wicket.

Jadeja yorked Watson in the 17th over and Steve Smith (6) offered Bravo a simple return catch in the penultimate over. However, Karun Nair took a single of the first ball he faced to help Rajasthan win with 10 balls to spare.