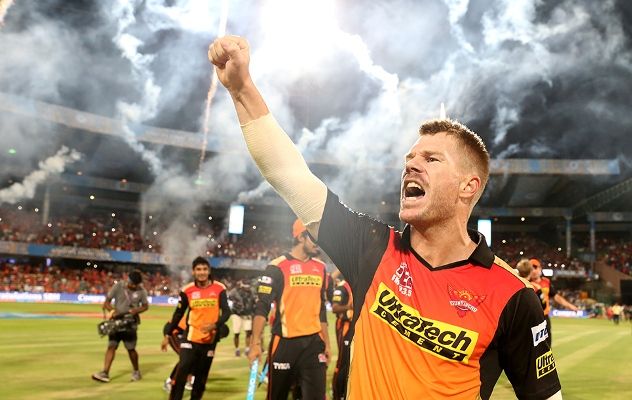 In a battle between the IPL's best batting (Royal Challengers Bangalore) and bowling (Sunrisers Hyderabad) line-ups, the Orange Army came up trumps, defending their total of 208 for seven by restricting the home team to 200 for seven.

Even as the players from Hyderabad celebrates their triumph, let's analyse the four major turning points of the match.

When a batsman is in superlative form, it is imperative to try and get him out cheaply.

The RCB bowlers failed to deliver on that count.

David Warner, the Sunrisers captain, blasted his way to a 38-ball-69, a knock that was inclusive of eight boundaries and three sixes.

Besides, he was involved in a 63-run (off 40 balls) partnership for the opening wicket with Shikhar Dhawan (28).

By the time the Australian was dismissed, in the 14th over, he had laid a solid foundation for the Sunrisers.

For the record, Warner finished second in scorers' list with 848 runs. 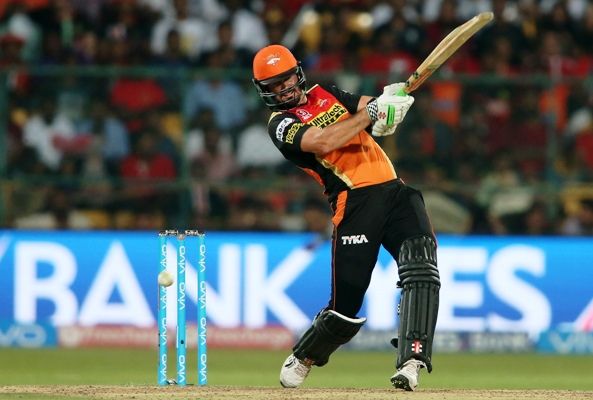 Apologies for the cliche, but this is probably the best way to describe the Australian's contribution.

It was unheralded Ben Cutting's incredible hitting that enabled Sunrisers Hyderabad post a competitive 208 for seven - the highest score ever by a team batting first in an IPL final.

The little-known Cutting smashed 39 off 15 balls, inclusive of three boundaries and four sixes, to take the Sunrisers past the 200-run mark.

The last three overs produced 52 runs while Shane Watson (0-61 in 4 overs) went for 24 in his final over, from which Cutting scored 23.

"To finish off that last over was special," Cutting said afterwards.

The 29-year-old later returned to claim two crucial wickets and was named the player of the final for his efforts. 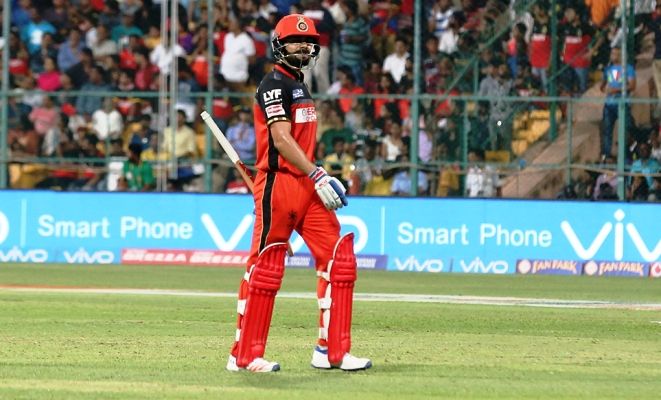 IMAGE: Royal Challengers Bangalore skipper Virat Kohli walks back to the pavilion after getting out during the final. Photograph: BCCI.

The Sunrisers' bowlers, like their RCB counterparts, failed to prevent the in-form Virat Kohli from getting among the runs again. However, they probably got him dismissed at the best possible time.

He was already in his zone, picking up boundaries at will. The 50 came off 32 balls with a six off Barinder Sran. But immediately after that Sran hit one back of a length and Kohli gave him the charge only to get an inside edge that saw the leg-bail being clipped.

He finished the tournament with an astounding 973 runs, at an average of 81.08 and and an equally impressive strike-rate of 152.03.

The stadium was stunned into silence as Kohli's innings, studded with five fours and two sixes, came to an end.

AB de Villiers and KL Rahul were two new men at the crease, and the target was 68 off 42 balls, something well within their reach.

However, left-arm spinner Bipul Sharma came to the party. He got De Villiers (5) to give him the inside-out charge and chip the ball Moises Henriques.

"Me and AB getting close to each other was a big blow. Had I stayed with AB a little longer it would have been different," admitted Kohli, in the post-match conference.

4. Bhuvneshwar - The king of death overs 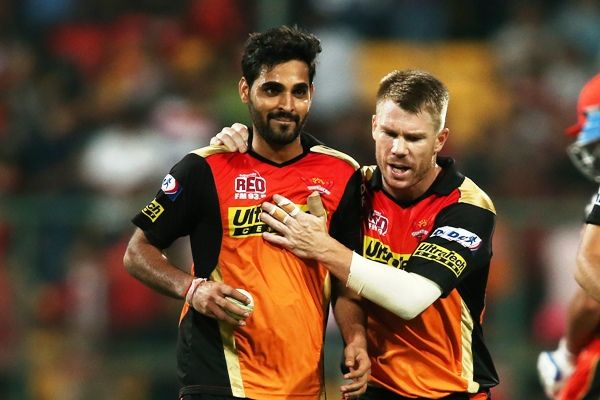 As the match entered its final stage, the equation for RCB was simple. They needed 37 from their final three overs.

But Bhuvneshwar Kumar bowled a brilliant 18th over, keeping everything in the block-hole as only seven runs came off it.

RCB needed 30 off their last two overs. Stuart Binny (9) was  run-out off the first delivery of the 19th over, bowled by Mustafizur Rahman.

Sachin Baby (18 not out) hit a six off the last ball as RCB's requirement off the final over was 18 runs.

Bhuvneshwar, who bowled 13 dot balls gave away only nine runs. As the last ball was delivered, skipper Warner's joy knew no bounds, the entire team and dug-out joining him in wild celebrations.

Bhuvneshwar kept his cool to win the match for Sunrisers and earned himself the Purple Cap -- with 23 wickets in the tournament.