'What stands out is Dhoni's competitiveness. It's remarkable!' 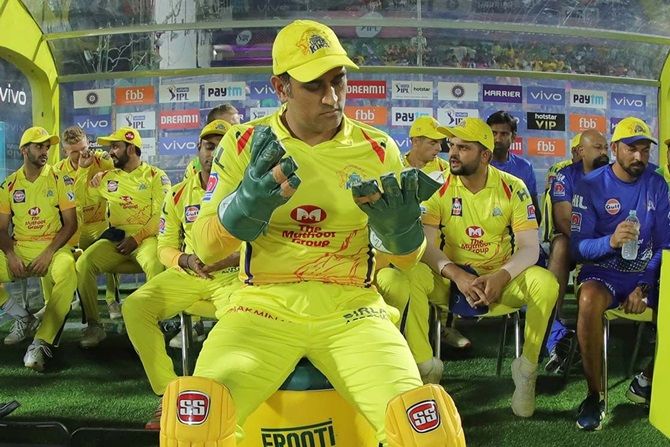 IMAGE: Mahendra Singh Dhoni was fined 50 percent of his match fee following the on-field spat with the umpires during Thursday’s IPL match between Rajasthan Royals and Chennai Super Kings in Jaipur. Photograph: BCCI

The Chennai Super Kings captain escaped a ban, let off with a 50 per cent fine on his match fee for an unprecedented confrontation with the umpires.

"Everyone is human. What stands out is his (Dhoni's) competitiveness. It's remarkable," was all Ganguly said, when asked about the controversy after Friday night's IPL match between Kolkata Knight Riders and Delhi Capitals.

Serving as advisor to Delhi Capitals, Ganguly had a smile on his face after the visitors posted a seven-wicket victory over hosts Kolkata Knight Riders at the Eden Gardens.

"Two out of two against such a good team is outstanding. I am very satisfied," he said.

Delhi had also won the first-leg at home.

Ganguly added, "Everything at Eden is special. This is the best ground, the bet pitch in the country."

Chasing 179, Shikhar Dhawan led with a fluent 97 to power the visitors to a big win.

"I feel we bowled exceptionally well to restrict them for 178. It's actually a 200 wicket," Ganguly added. 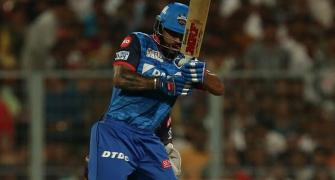 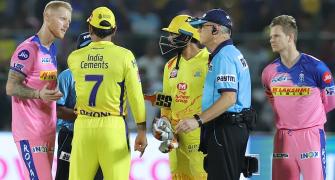 Dhoni has set wrong precedent with his 'bizarre' conduct 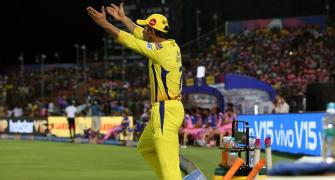 Reactions: 'Dhoni lucky to get away with just a fine' 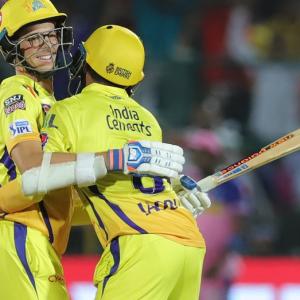 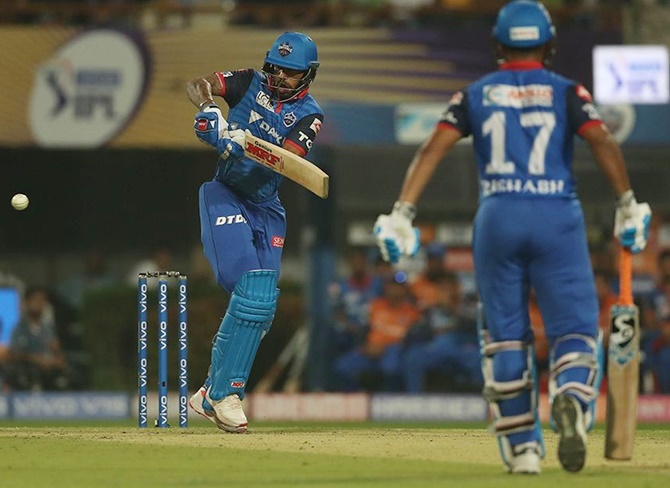