'We have to keep making sure that we're ruthless on the field and, yes, the guys are hungry' 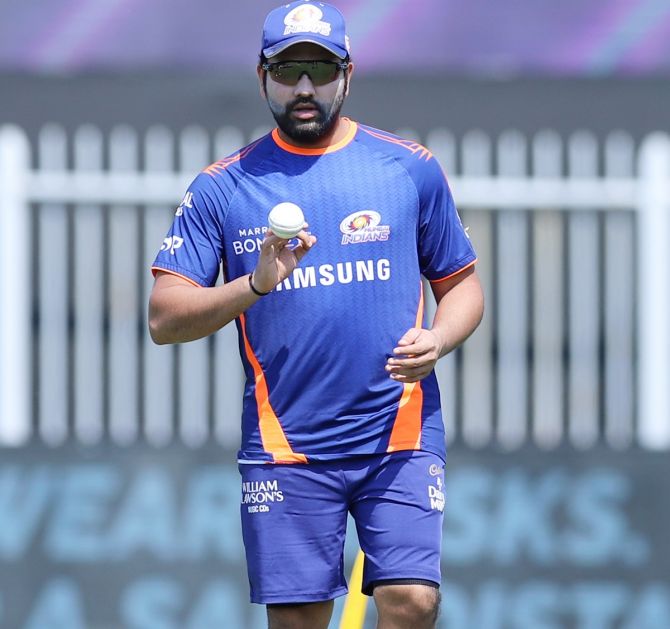 IMAGE: Mumbai Indians have won six of their eight matches in this year's tournament. Photograph: BCCI/IPL

Mumbai Indians captain Rohit Sharma has urged his team mates to stay 'ruthless' on the field and maintain their momentum in the Indian Premier League after the defending champions climbed to the top of the table with their fifth win in as many matches.

The four-time IPL winners have won six of their eight matches in this year's tournament, which is being held in the United Arab Emirates due to concerns over the COVID-19 pandemic in India.

Sharma and South African wicketkeeper-batsman Quinton de Kock added 94 for their opening stand as Mumbai chased down a target of 149 against the Eoin Morgan-led Kolkata Knight Riders on Friday with eight wickets in hand and 19 balls to spare.

Sharma was pleased with his team's 'clinical' performance.

"I think it's important for us to make sure that we stay on the money," Sharma said at the post-match presentation.

"We can't get complacent and we know that this tournament can get funny. We've already seen games, how teams have lost, so we can't take the foot off the pedal at any given point.

"We have to keep making sure that we're ruthless on the field and, yes, the guys are hungry. They've not played cricket for six months and they want to come out here and express themselves."

While the Mumbai team is enjoying a strong run, two-time winners Kolkata have had a mixed season and saw their skipper Dinesh Karthik step down hours before Friday's match to hand the reins to England's World Cup-winning captain Morgan.

But a change in captaincy made little difference as a top-order batting collapse meant the team fell to their fourth defeat in eight matches.

"With the bat early on, I think we made a few mistakes," Morgan said. "I thought Mumbai Indians bowled really well and proved exactly why they're one of the form teams in the tournament so far.

"And from here on (top order is) another area we need to make strides on. We've just passed the halfway stage in the tournament and no better time to turn things around."

© Copyright 2021 Reuters Limited. All rights reserved. Republication or redistribution of Reuters content, including by framing or similar means, is expressly prohibited without the prior written consent of Reuters. Reuters shall not be liable for any errors or delays in the content, or for any actions taken in reliance thereon.
Related News: Mumbai, Rohit Sharma, Morgan, IPL, Kolkata Knight Riders
SHARE THIS STORYCOMMENT
Print this article 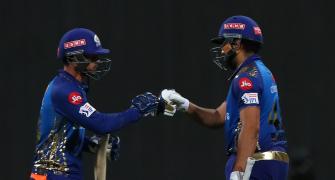 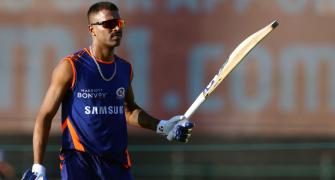 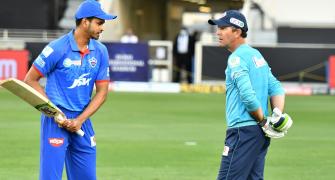 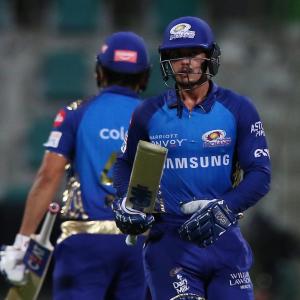 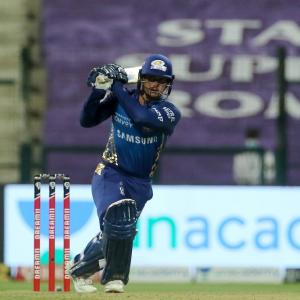