'BCCI has no intention to lecture Ashwin after Mankading controversy' 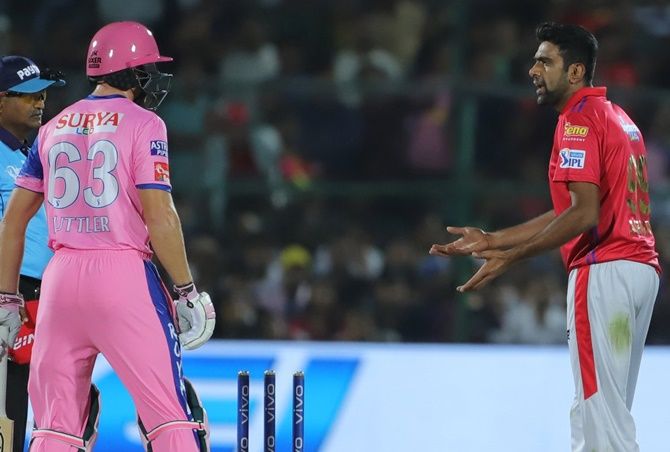 IMAGE: Ashwin explained that the run out was ‘pretty instinctive’. Photograph: BCCI

The Indian cricket board will not be 'lecturing Ravichandran Ashwin on sportsman spirit' despite the furore that has been kicked up by his act of 'Mankading' Jos Buttler in an Indian Premier League game, a senior Board of Control for Cricket in India official said on Tuesday.

The seasoned off-spinner, who is the captain of Kings XI Punjab, ran out the Rajasthan Royals opener, who was at the non-striker's end, on his delivery stride in an IPL match in Jaipur on Monday. The act has left the cricket world divided on the 'spirit of the game'.

Ashwin has defended himself stating that what he did was well within the rules of the game. But Royals Brand Ambassador Shane Warne and coach Paddy Upton have lashed out at the tweaker, questioning his integrity.

However, the Indian cricket board said there is no need for it to step in.

"There is no question of lecturing Ashwin on spirit of the game. He did what is permissible within the rules of the game. The umpires and match referees are there to ensure that players compete as per laws of the game," a senior BCCI official said on conditions of anonymity.

"So, the BCCI is not getting involved. As far as Shane Warne is concerned, let's not forget he is Rajasthan Royals brand ambassador and not a neutral observer," he added.

"I am well aware about the meeting Shukla ji is referring to. It was before the new rules came into the effect where bowlers need not warn the batsmen before Mankading. In that meeting, it was decided that bowlers would at least warn the batsmen," the former GC member said.

Asked if Dhoni would have done it, the official said: "MS would have never done it but does that make Ashwin wrong? He is someone who is very thorough with rules and regulations and will always exploit the loopholes. There is nothing that can be done." 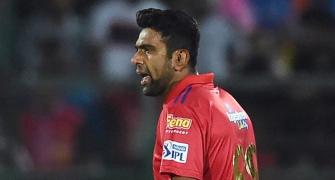 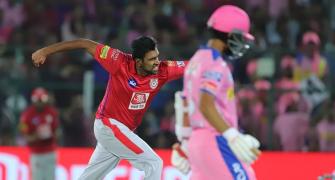 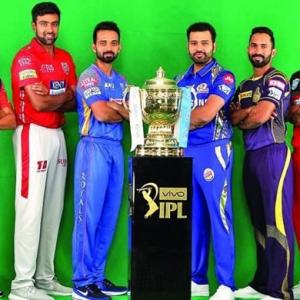 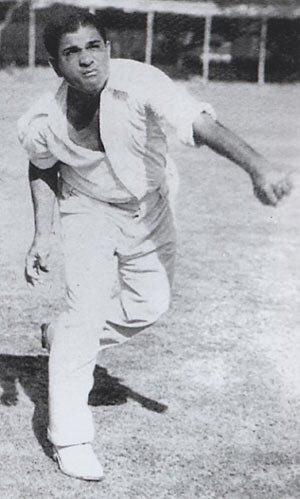