Lucknow Super Giants will need KL Rahul the batter who also leads the team instead of the captain who also bats in the upcoming IPL edition, the head of team's think-tank Gautam Gambhir made his expectations loud and clear on Tuesday.

Gambhir, one of the finest among IPL skippers with two titles for Kolkata Knight Riders, spoke to PTI exclusively on a host of topics including Rahul's leadership, team composition and how he intends to handle relation between Deepak Hooda and Krunal Pandya.

Asked about his expectations from Rahul, Gambhir was very categorical in what he wants from his skipper.

"Ultimately, it is the leader who is the flag-bearer of a team and so it's Rahul who will lead Lucknow Super Giants on and off the field. For me, it is important to have KL Rahul the batter, who is also the captain of the team rather than KL Rahul, the captain, who also bats. I hope I am able to make you understand the difference," Gambhir said during exclusive interaction.

Gambhir would want Rahul to be "fearless" in his approach and for that he will get "all the freedom".

"Any captain should learn to take risks. I would want Rahul to take risks and unless you take calculated risks, you won't know if you would succeed or not. Also, this time, Quinton de Kock will be our wicketkeeper, so with no keeping duties, he can be free and relaxed, concentrate on his batting and leadership," the two-time World Cup winner said.

But does it bother him as Mentor that Rahul could feel the pressure of trying to prove his leadership qualities desperately since he is being talked about as future India leader.

"Know one thing, there is a difference between being talked up as a future India captain and ultimately being appointed India captain," Gambhir was ruthless as ever.

"I have never believed that you should play IPL looking at national team. IPL is a platform to express one's self. One can grow as a leader but there are no guarantees that there is a time period that IPL will help you become India captain," Gambhir said.

Lucknow Super Giants have an assortment of all-rounders right from Jason Holder to Krunal Pandya and Deepak Hooda and Gambhir believes in having multi-skilled cricketers.

"When we were preparing the strategy for our team, we wanted more all-rounders and we got our chairman Dr Sanjiv Goenka's approval. I am honoured that he has given me so much respect and at times I wonder whether I deserve so much praise from him," he said.

"It always helps to have multi-dimensional cricketers as they give you more options. It's always good to have batters, who can chip in with two or three overs."

Mark Wood's absence is setback but opportunity for someone else

England pacer Mark Wood, perhaps the fastest bowler in the world with an average speed of 150 kmph, has been ruled out due to injury and Gambhir made no bones that it's a setback.

"I wouldn't say I am worried but yes obviously it's a setback as you don't have too many bowlers who bowl at that speed like Mark. But that also gives an opportunity to someone like Dushmantha Chameera or anyone who gets a chance to prove themselves."

Hooda-Krunal relationship: You don't have to be friends to perform

Deepak Hooda and Krunal Pandya have had an ugly history when they played domestic cricket for Baroda, with the former accusing the latter of bullying him and ultimately leaving the state.

Now with both players in the set-up, Gambhir said that he has had no problems handling the duo.

"Look, you don't have to be best friends off the field to perform on it. They are professionals and they know that they have a job to do. You don't have to go out for dinner every night if you are playing in the same team. I have not been friends with everyone in every team that I have played in.

"But that hasn't stopped me from giving my best when I am out there on the field. These are matured people and they know there are here to win matches for Lucknow," he said. 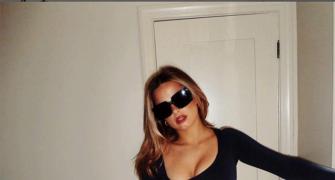 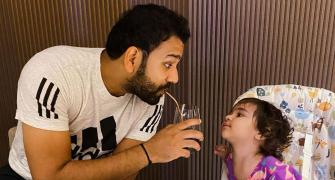 Rohit Shakes A Leg With Samaira 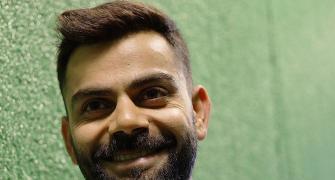 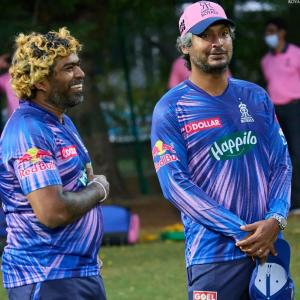 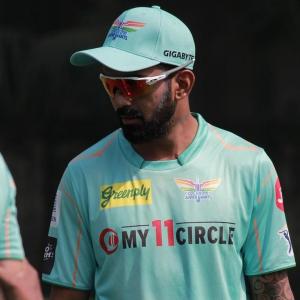