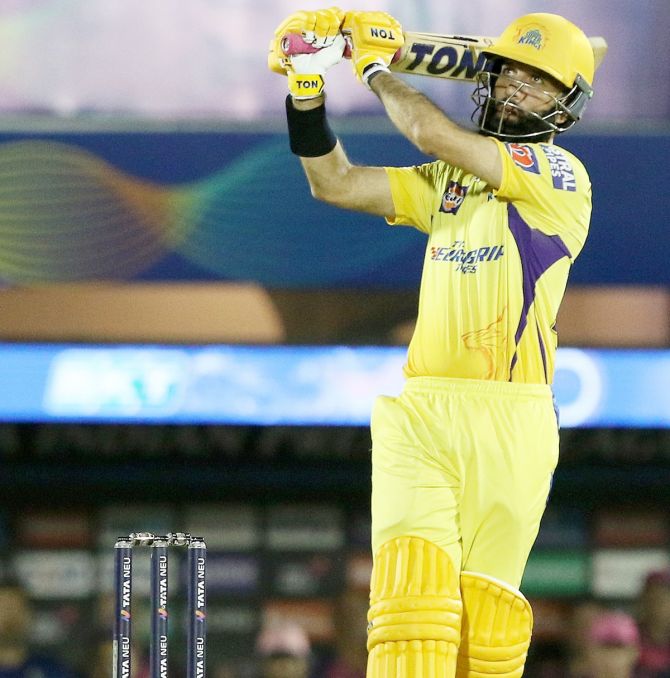 IMAGE: Moeen Ali smashed his way to a 19-ball 50 and eventually fell just short of his century, scoring 93 off 57 balls with 13 fours and three sixes. Photograph: BCCI/IPL

Chennai Super Kings, who were battling a bad season for the second time in three years, had to face defeat in their final match of IPL 2022.

Ruturaj Gaikwad fell early and CSK were 3 for one after two overs. Rutu's wicket did not hurt CSK as Moeen played the finest inning of his IPL career. Having struggled in IPL 2022, the Englishman smashed a 19-ball 50, the second-fastest half-century in the four-time champions' history.

Prasidh Krishna conceded 18 runs in an over which forced Sanju Samson to introduce the experienced Ravichandran Ashwin (1/28) into the attack, but he too was struck for 16 runs by Moeen.

And then in a brutal assault on RR star pacer Trent Boult in the 6th over, Moeen smashed a six and five consecutive boundaries for 26 runs! 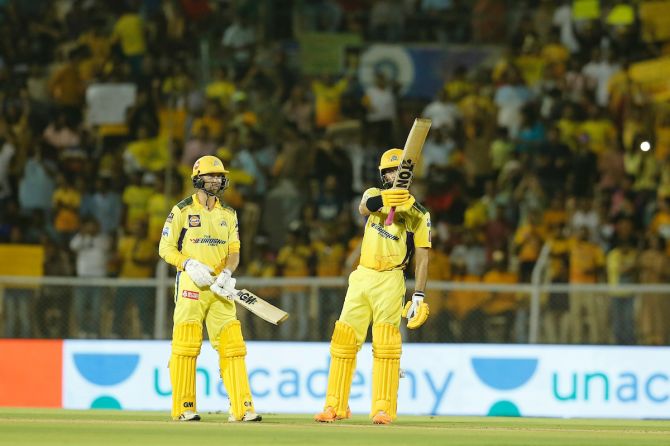 Moeen was getting the big shots with consummate ease and reached his half-century with an uppercut over the third man boundary off Boult.

Mahendra Singh Dhoni came out and along with Moeen tried to raise the momentum, but the boundaries at regular intervals never came. Moeen also slowed down as CSK lost quick wickets in a row.

Yuzvendra Chahal dismissed Dhoni for a 28-ball 26 while Obed McCoy denied Moeen a century as he departed after a brilliant 93 in 57 deliveries with 13 fours and three sixes.

CSK got 75 in the powerplay, but later batters struggled for runs on a slow pitch. Due to this CSK could score only 75 runs in the next 14 overs. 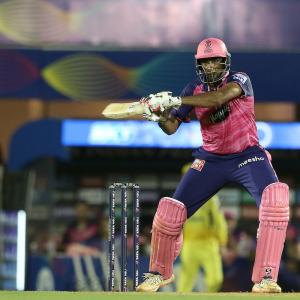 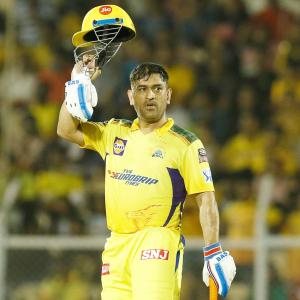