Statistical highlights of the Indian Premier League match between Kolkata Knight Riders and Deccan Chargers played in Hyderabad on Tuesday.

# Kumar Sangakkara took his dismissals' tally to 13 (12 catches + 1 stumping) in nine matches in the IPL -- the most by a wicketkeeper.

# Sangakkara's tally of 36 dismissals in the IPL is bettered only by Adam Gilchrist (41) and Dinesh Karthik (37).

# Manoj Tiwary's tally of twelve sixes is the best for Kolkata Knight Riders in IPL 4.

# Deccan Chargers have become the third team after Pune Warriors and Delhi Daredevils to lose six matches in IPL 4.

# Yusuf Pathan's unbeaten knock of 47 off 26 balls is his highest innings in the fourth edition of the IPL.

# Yusuf became the first player to receive 10 Man of the Match awards in the IPL.

# Yusuf shares a record for most MOM awards in Twenty20 with Brad Hodge and David Hussey. All three have received 12 each.

# Iqbal Abdulla is the top wicket-taker for Kolkata Knight Riders in the fourth edition of the IPL, claiming 12 at an average of 16.25 in nine matches.

# Kumar Sangakkara's fourth duck in the IPL is his second in the present competition.

# Shikhar Dhawan recorded his seventh half-century (54 off 45 balls) in the IPL -- his first in the present competition.

# Yusuf and Manoj Tiwary were involved in a partnership of 80 -- Kolkata's highest fourth-wicket partnership against any team in the IPL.

# Kolkata Knight Riders, with their 20-run triumph, have won six and lost three out of nine played in IPL 4.

# Gautam Gambhir, as captain, has won 15 and lost 9 out of 24 played and his success rate is the best in the IPL.

# Jacques Kallis has become the third batsman to aggregate 1400 or more in the IPL, amassing 1407 at an average of 31.97 -- a tally bettered by Suresh Raina (1587) and Sachin Tendulkar (1497).
Source: PTI© Copyright 2020 PTI. All rights reserved. Republication or redistribution of PTI content, including by framing or similar means, is expressly prohibited without the prior written consent.
Related News: IPL, Kolkata Knight Riders, Yusuf Pathan, Kumar Sangakkara, Manoj Tiwary
SHARE THIS STORYCOMMENT
Print this article 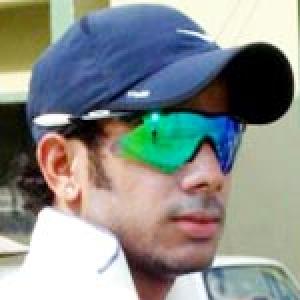