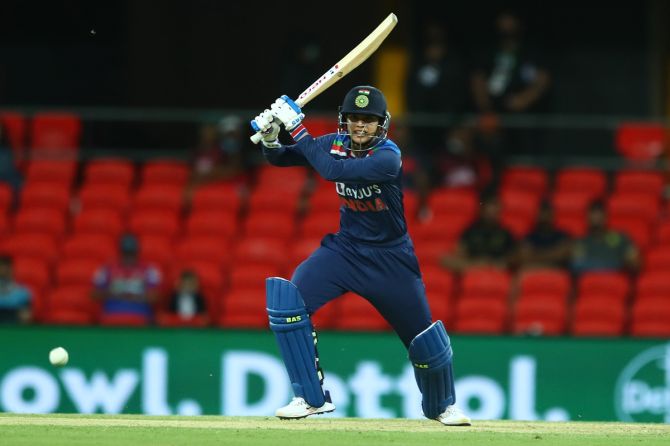 India’s players committed batting harakiri despite a fine half century from opener Smriti Mandhana and lost the third and final women’s Twenty20 International to Australia by 14 runs, and the series 0-2, in Gold Coast on Sunday.

Chasing a challenging 150-run target, Mandhana smashed 52 off 49 balls and shared 57 runs with Jemimah Rodrigues (23 off 26) for the second wicket to set the platform before India lost four wickets in the span of 10 runs and succumbed easily. 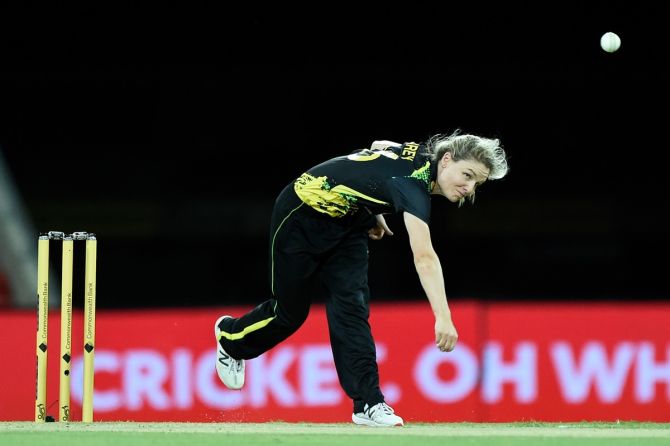 Right-arm pacer Nicola Carey (2/42) was the pick of the Australian bowlers, while Ashleigh Gardner (1/22), Annabel Sutherland (1/13) and Georgia Wareham (1/15) scalped a wicket each.

India's run-chase started on a disappointing not as they lost hard-hitting opener Shafali Verma (1) early, caught by Vlaeminck at short fine-leg off Gardner in the second over.

Mandhana, however, displayed ominous touch as she displayed her wide range of shots -- pulling, clipping off the pads and hitting through covers region -- picking three boundaries in the fifth over.

Mandhana and Rodrigues played with caution, the former finding boundaries in between as India reached 54 runs in the 10th over. 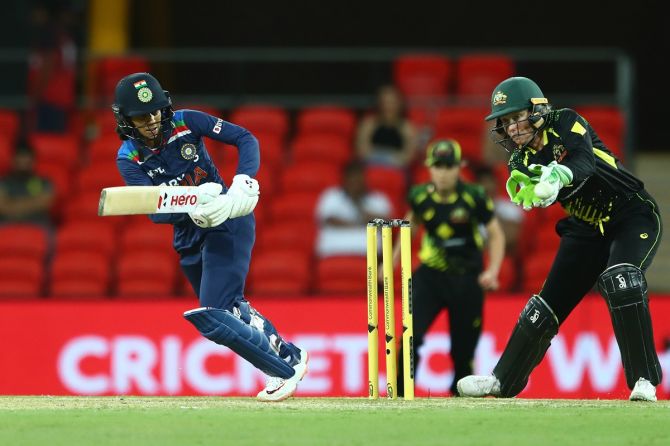 Rodrigues then hit Wareham straight over mid-on in the next over, her only four of the innings, but departed two balls later in search of big hits, caught at long-off by Vlaeminck, for 23 off 26 balls.

Mandhana soon got to 50 off just 46 balls with a boundary off Carey, perished four balls later, caught by Australia skipper Meg Lanning as India were reduced to 93 for 3 by the end of the 15th over.

Needing 57 off 30 balls, India's chase derailed thereafter as they lost two more quick wickets, including that off skipper Harmanpreet Kaur (13).

It was yet another failure by Kaur as she drove one straight to Lanning off Sutherland while trying to clear the inner circle.

Pooja Vastrakar (5) was then cleaned up by Carey in the next over as India slumped to 99 for 4 in the 17th over.

Thereon, Australia were in command and restricted India to 135 for 6.

Richa Ghosh was unbeaten on 23 off 11 balls while Deepti Sharma was not out on 9.

Earlier, opener Beth Monney scored a half-century and Tahlia McGrath provided a late flourish with an unbeaten 44 to help Australia put on board a decent 149 for 5.

Opting to field first after winning the toss, the Indian bowlers picked wickets at regular intervals but the hosts scored 40 runs in the last 19 balls to seize the momentum.

Mooney top-scored for Australia with a 43-ball 61, which was inclusive of 10 boundaries.

Towards the end, McGrath scored 44 not out off 31 balls, including six boundaries and a six, and with Gerorgia Wareham (13 not out) added 32 valuable runs for the sixth wicket to get Australia close to the 150-run mark.

India made one change, bringing in Harleen Deol in place of Yastika Bhatia. Australia too made a change, Annabel Sutherland coming in for Hannah Darlington.

Tahlia McGrath not out 44

Georgia Wareham not out 13

Richa Ghosh not out 23

Deepti Sharma not out 9 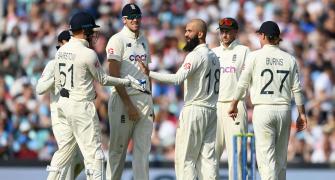 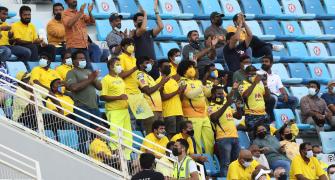 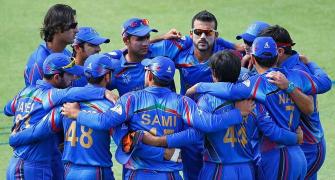 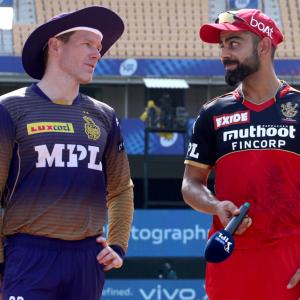